These are computer-generated images created by a Russian graphic designer

A series of images has been shared hundreds of times on Weibo, Facebook and Twitter alongside a claim that it shows photos of earth taken by US space agency NASA. This claim is false; these images were computer-generated and created by a Russia-based graphic designer.

The images were published here on Weibo on November 12, 2020. The post has been shared almost 600 times. 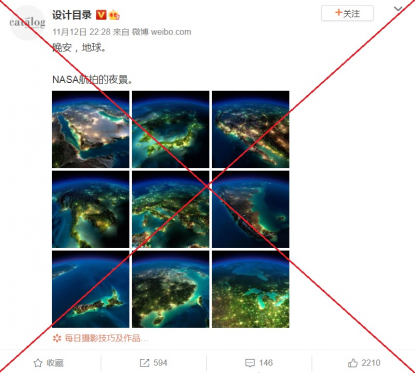 Screenshot captured on November 20, 2020, of the misleading Weibo post

Below are three sets of comparisons between the misleading Weibo images (L) and the Shutterstock images Anton Balazh (R): 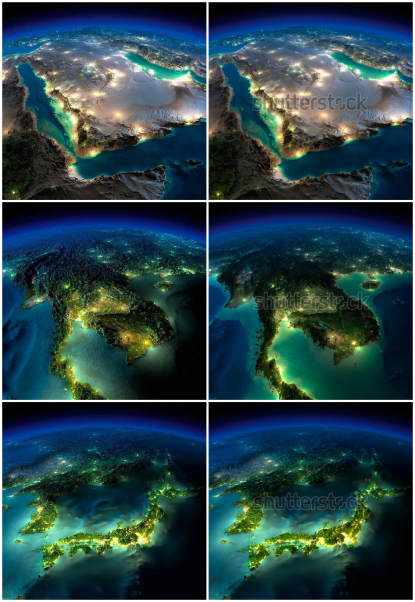 The description on all the images reads: “Elements of this image furnished by NASA”.

In response to the misleading posts, Balaz told AFP that the images are “3D renderings”.

In an Instagram Direct Message on November 22, 2020, Balaz wrote: “All of these images were created in 3D modeling software based on textures provided by NASA for free use. The description of each image, as requested by Shutterstock, states that it is a 3D rendering.”