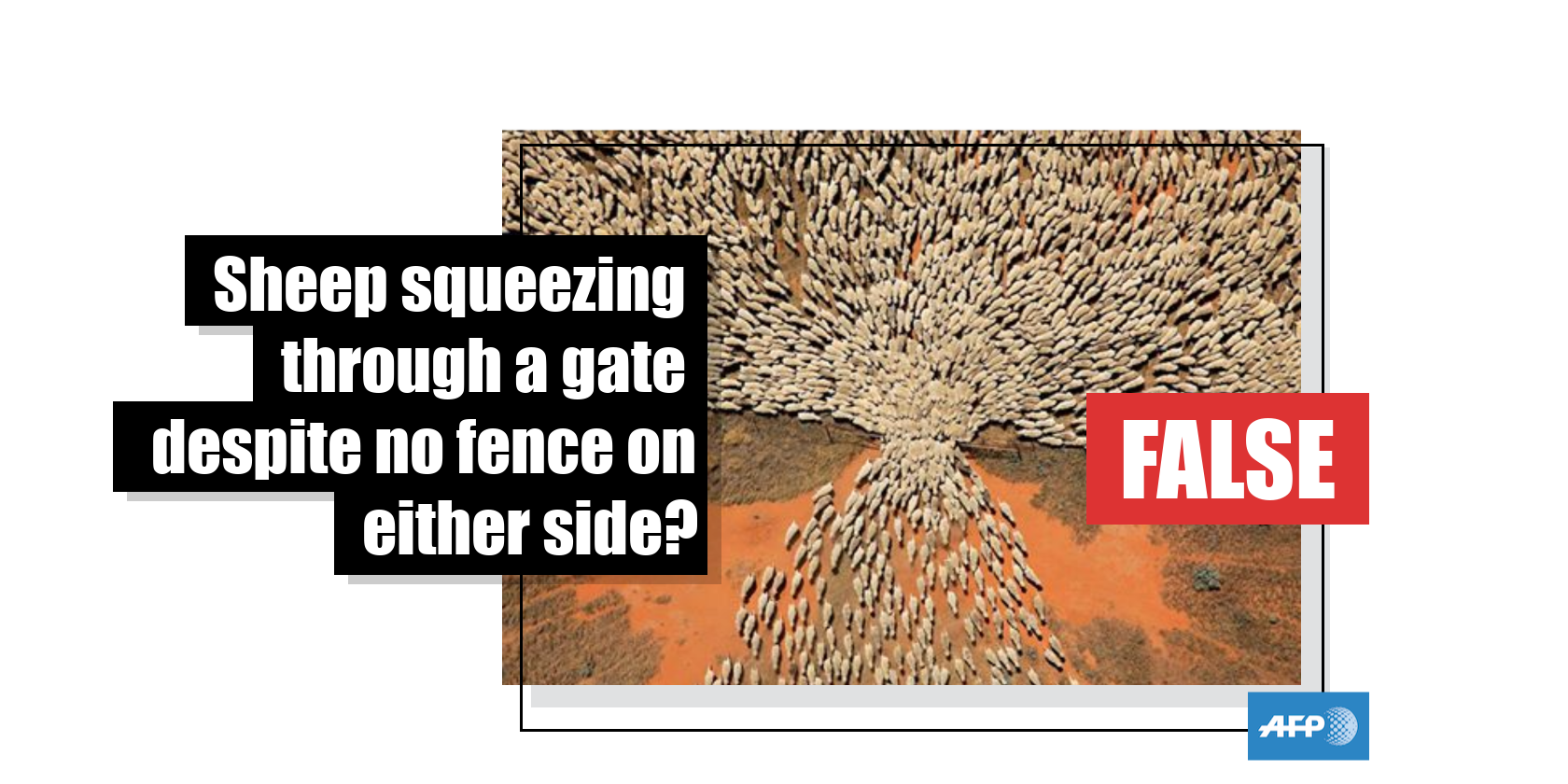 A photo has been shared hundreds of times in posts on Facebook and Twitter which claim it shows sheep streaming through a gate despite there being no fence on either side, and that this illustrates the problems of groupthink. The claim is false; the image was captured by an Australian photographer who told AFP there was a fence, which forced the sheep toward the gap in the centre.

The image shows sheep packed together in the top half of the frame and being funnelled down through a gate.

A caption alongside the post says in English: “A herd of sheep is leaving the stall. There is no fence, only the gate ‘The Trap of thinking’.” 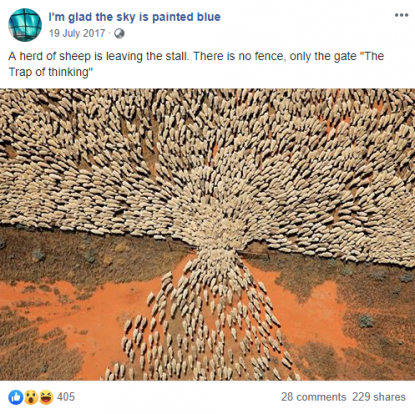 The same photo with “the trap of thinking” phrase was published in multiple Facebook posts in January this year, including here and here as well as on Twitter in 2017; here, here and here.

Zooming in on the photo shows stakes in the ground crossing the photo horizontally, at the edge of the flock. These are circled in red in the two zoomed in sections of the photo, shown below.

Screenshot of the zoomed in sections of the photo

A keyword search also found this 2014 on a Facebook page called Scott Bridle Outback Photography, which included the same photo.

AFP contacted Bridle via the same page on Tuesday. He told AFP via Facebook messenger that there is both “a gate and a fence” in the photo.