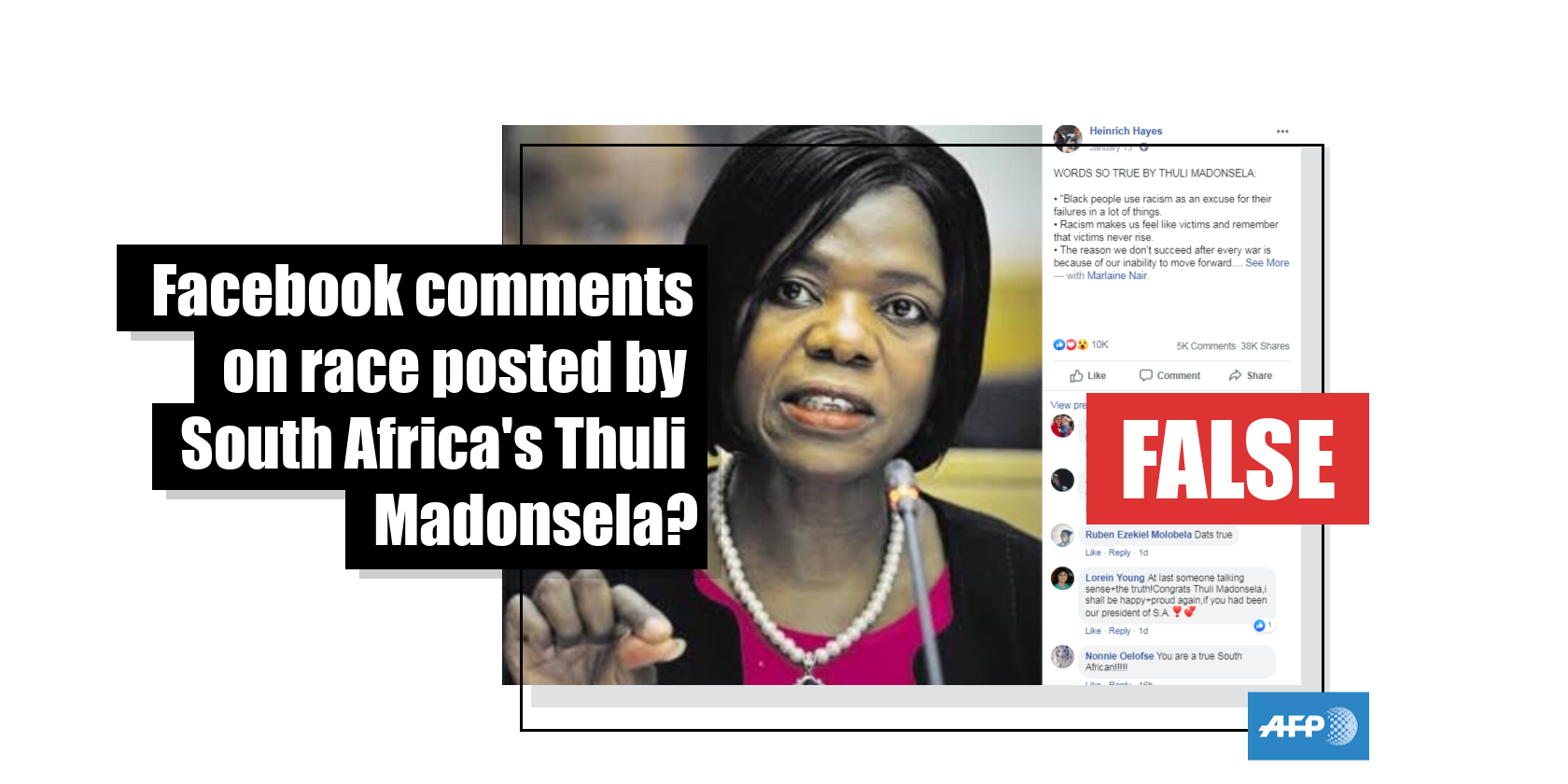 Lengthy Facebook posts on how black people “use racism as an excuse for their failures” have been shared thousands of times on social media. The posts claim the words were originally posted on Facebook by South Africa’s former public standards watchdog Thuli Madonsela, who is widely admired for her role in fighting corruption. Madonsela has stressed that she didn’t write the comments, which appear to have originated on a Facebook page for her supporters. Madonsela says she doesn’t even have a Facebook account, and described the comments as “derogatory racism against black people”.

Numerous versions of the post have been circulating on Facebook, all copying and pasting the same extensive post titled “WORDS SO TRUE BY THULI MADONSELA”. We’ve archived one of the posts, which has racked up 38,000 shares since January, here.

The text goes on to claim that black people use racism as an excuse for failure and the inability to move forward is what holds them back -- unlike the apartheid Afrikaner nation which “was able to build themselves into a formidable nation”. 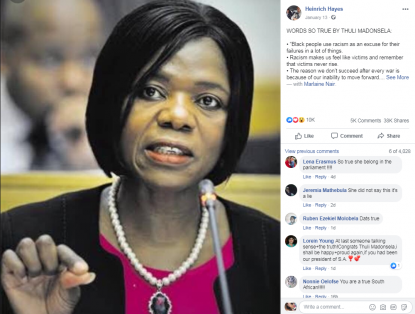 The end of the post claims that the words were originally published by Madonsela on Facebook on January 23, 2018.

In older versions of the post, the same text is used but instead leads with, “William Mametsa with Thuli Madonsela posted on facebook” as seen in this archived post from February 24, 2018. 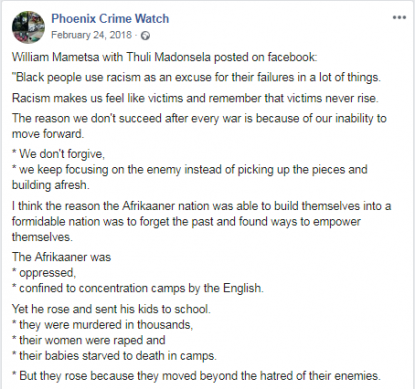 One of those posts bears strong similarities to the posts which later attributed such comments to Madonsela herself, and this appears to be where the misinformation started. The original post did not claim to be quoting Madonsela -- it was just posted on a page that supports her. It is dated January 23, 2018 -- the same date given for the supposed comments by her, in posts that have gone viral more recently. 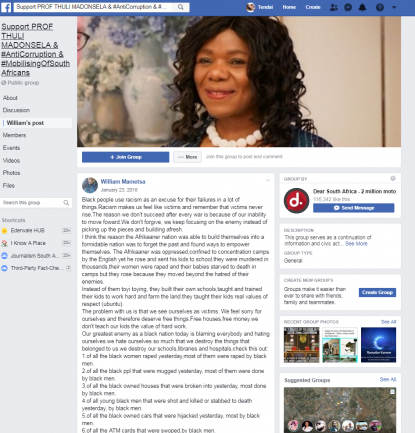 This post, published on a Facebook page supporting Madonsela, appears to be the original source of the comments

Newer versions of the post add a further line: “CLIFTON BEACH - Judged purely on what you can see with the naked eye: Who are the hate driven racists in this picture?” such as this post from January 1, 2019. 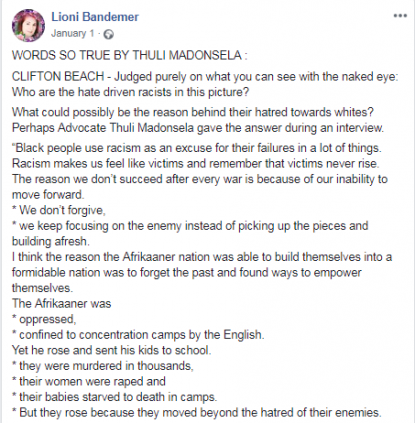 A race row erupted in Cape Town over the festive period after a private security company allegedly ordered black beachgoers to vacate the popular Clifton beach -- read this AFP report for more.

Madonsela tweeted to her more than a million followers in January that she was not on Facebook and requested that an unknown imposter to stop using her name to "spew derogatory racism against black people".

Dear friends please note I’m not on Facebook at all. There’s an imposter on Facebook that is using the name Adv Thuli Madonsela to spew derogatory racism against black people. Can he or she desist from pretending to be me. Also note I’ve been using Prof Madonsela for over a year

On the same day, Madonsela tweeted an opinion piece that she described as an example of her “authentic views on race and racism”. The article contradicts the misleading post credited to her, arguing that the typical response to allegations of racism in South Africa is a deeply flawed one.

“We either deny it or quickly clamour to have the suspect(s) burnt at the stake,” she wrote.

An example of my authentic views on race and racism ➡️Thuli Madonsela: Have we truly transcended the legacy of our unjust past? | News24 https://t.co/OvpEsmaNzY