Skip to main content
A barcode is seen on a package at Russian e-commerce giant Wildberries in Moscow on March 24, 2021. (AFP / Kirill Kudryavtsev)

A claim that barcodes with prefixes 729 and 871 mean that a product is made in Israel has been shared in multiple posts on Facebook, Instagram, Twitter and TikTok. The claim is misleading. While the barcode with the prefix 729 does refer to Israel, it does not denote where products are manufactured or made.

The claim is accompanied by a manipulated picture of Israel Prime Minister Benjamin Netanyahu, with an an overlaid text in red stating “product BOYCOTT mandatory” and two separate barcodes with the first three numbers circled, namely 729 and 871. 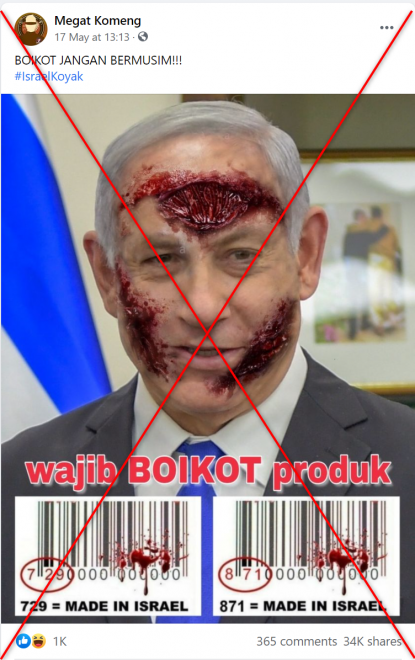 The claim has also circulated in other languages, such as English, French, Swedish, Turkish and Arabic.

The claim and the call to boycott Israel was posted as the Israeli-Hamas conflict escalated in May 2021, AFP reported here.

A Google keyword search found this link from GS1, a non-profit organization that issues company prefixes for barcodes.

According to the page, the prefix GS1 number for Israeli companies is 729.

However, the same page also states that “company prefixes are based on the GS1 prefixes below. Note that since GS1 member companies can manufacture products anywhere in the world, GS1 prefixes do not identify the country of origin for a given product.”

The query was also addressed in the website’s FAQ section: “The GS1 Prefix does not indicate that the product was manufactured in a specific country or by a specific manufacturer; it may have been produced anywhere in the world.” 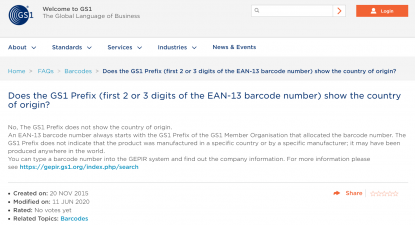 AFP received confirmation through an email on May 20, 2021, from the GS1 customer service department, which says: “It is confirmed all GS1 barcodes with 729 as the company prefix are issued by GS1 Israel.”

According to the GS1 list, 871 is one of the prefixes issued by GS1 Netherlands.

The origins of products — from companies that are members of GS1 — can be checked through a database called Global Electronic Party Information Registry (GEPIR).

AFP has published this report debunking a similar misleading claim that certain barcode prefixes can tell customers that a product is made in China.

The photo of Netanyahu used in the misleading post was edited from this picture of Netanyahu meeting US Secretary of State Mike Pompeo in Tel Aviv in 2018, published in the Flickr account of the US Department of State. 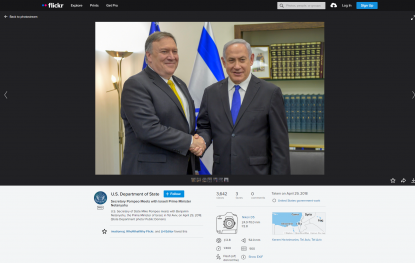