Skip to main content
The Lady of Justice, a 12 foot high, gold leaf statue is pictured on top of the dome of the Central Criminal Court, commonly referred to as The Old Bailey in central London on August 21, 2016. (AFP / Niklas Halle'n)

Multiple posts on Facebook and Korean web portal Daum claim that South Korea is the only country in the world in which the Lady Justice statue is not blindfolded. The claim is misleading; statues and symbols depicting Lady Justice without a blindfold exist in several other countries, including the United Kingdom and Australia.

The post includes several photos showing five statues of Lady Justice, a common symbol of judicial impartiality. Four of the statues are blindfolded but the post's bottom photo shows a statue without a blindfold.

The Korean-language text in the post translates to English in part as: “Comparison of the Goddess of Justice in South Korea and those in other countries.

“The Goddess of Justices in other nations are blindfolded to remain impartial.

“Only the Goddess of Justice in South Korea is not wearing a blindfold to be able to tell who could bring benefit to the judiciary.”

The claim, however, is misleading. South Korea is not the only country in the world in which there exists a Lady Justice statue without a blindfold.

The photo of South Korea’s statue corresponds with this image on the official website for the Supreme Court of Korea in Seoul.

Several other countries also have Lady Justice statues that are not blindfolded.

In Australia, for example, the Lady Justice statue outside the Supreme Court of Queensland is not blindfolded, as seen in this report on the court’s art collection. 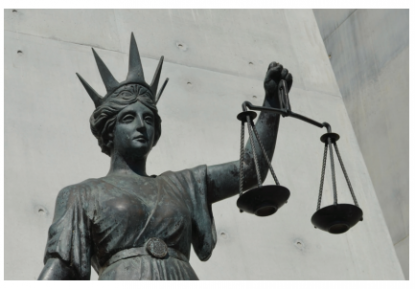 Lady Justice statues without blindfolds can also be seen in Hungary and the United Kingdom.

A statue is the Supreme Court building in Budapest can be seen on the judiciary’s official website here. An AFP photo of the Central Criminal Court statue in London can be seen here. 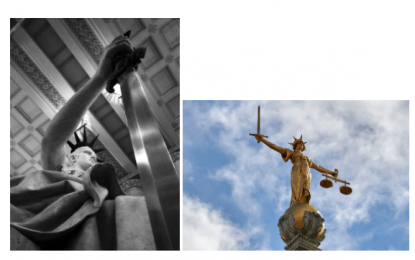 Screenshots of the statue seen on the Courts of Hungary website (L) and AFP photo of the Central Criminal Court statue in London (R). Captured on December 28 and 30, 2020

In fact, the earliest representations of Lady Justice were not blindfolded, according to scholars.

As the law library at the University of Washington notes here: “The origin of the Goddess of Justice goes back to antiquity, and she was referred to as ‘Ma'at’ by the ancient Egyptians... To the ancient Greeks she was known as Themis… Classical representations of Themis did not show her blindfolded (because of her talent for prophecy, she had no need to be blinded).”

The Supreme Court of the United States states on its website that the origin of the blindfold is unclear.

“During the 16th century, Justice was often portrayed with a blindfold. The origin of the blindfold is unclear, but it seems to have been added to indicate the tolerance of, or ignorance to, abuse of the law by the judicial system,” the court states.