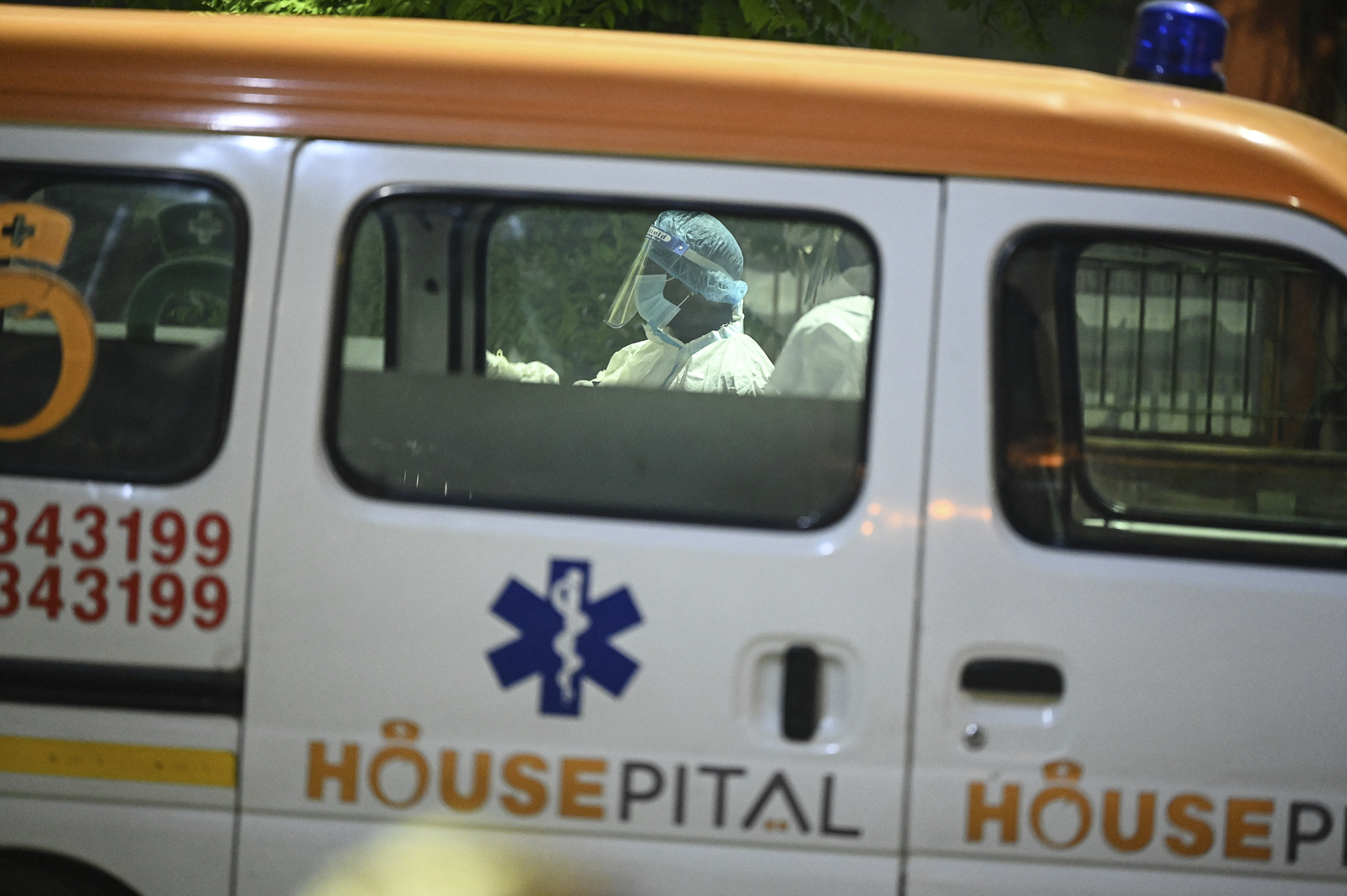 Crematorium staff members stand behind ambulances carrying the bodies of Covid-19 victims for a cremation at Nigambodh Ghat Crematorium, on the banks of the Yamuna river in New Delhi on April 22, 2021 (SAJJAD HUSSAIN / AFP)

As Indian hospitals buckle under record Covid-19 infections, a photo of an elderly woman sitting by the road with an oxygen tank has been circulating on Facebook and Twitter. The claim is false; the image predates the pandemic and has circulated online since April 2018.

“This is where India is right now,” the caption reads, alongside various hashtags such as #COVID19India and #OxygenShortage.

The accompanying photo shows an elderly woman sat in the street, visibly struggling to breathe as she wears a mask attached to an oxygen tank on the ground beside her. 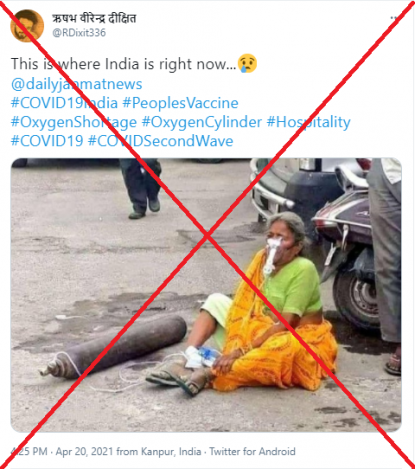 A screenshot of the misleading post taken on April 23, 2021

The post circulated online amid a surge in Covid-19 infections in India that has seen the 1.3-billion-people nation's healthcare system stretched to the limit, with desperate warnings of a shortage of oxygen, medicines and hospital beds.

The image was also picked up and served as the basis for this illustration published by The Pakistan Tribune newspaper in a report on April 23, 2021 about the surge of Covid-19 infections in India. 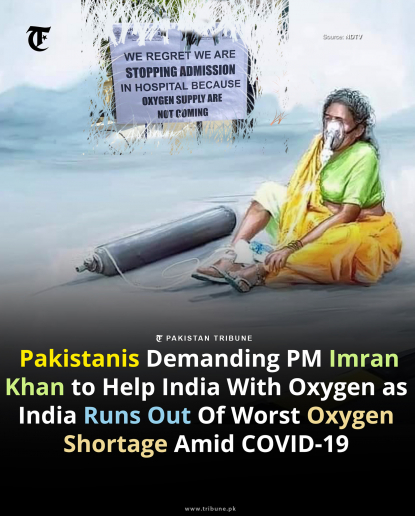 Screenshot of an illustration inspired by the photo, taken on April 23, 2021

However, the claim is false: the photo was taken years before the Covid-19 pandemic.

A reverse search found the image featured in this video report published by the media organisation ANI News on April 7, 2018.

The video’s caption states in part: “In yet another case of medical apathy, a man was allegedly made to wait for an ambulance at Uttar Pradesh's Agra Medical College, while carrying oxygen cylinder attached to his ailing mother, on his shoulder.”

Below is a screenshot comparison of the image shared in the misleading posts (L) and the image featured in the ANI News report with the date circled (R):

The same image also appears in this news report by India Times on April 7, 2018, while The Times of India reported on the “shocking lack of medical care” here on the same day.