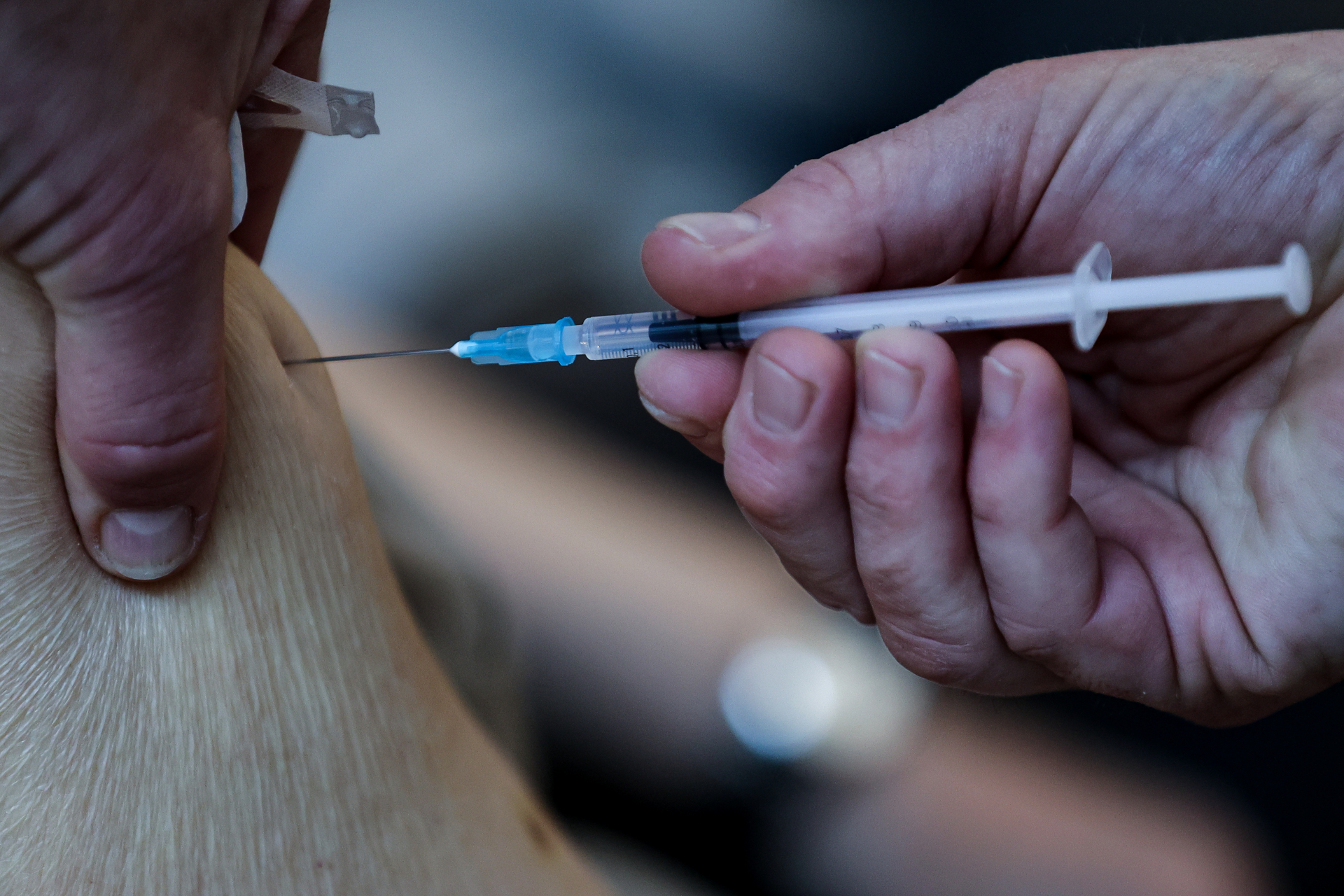 A person receives a dose of the Pfizer-BioNTech Covid-19 vaccine on January 14, 2021 (AFP / Kenzo Tribouillard)

Social media posts claim that Polysorbate 80, a synthetic compound used to help keep ingredients together in vaccines, suppresses the immune system and can cross the blood-brain barrier. But the same ingredient is ingested in far greater quantities from foods such as ice cream, and medical experts say the only danger it poses is extremely rare cases of allergic reaction.

“Vaccines Dirty Little Secret!! Polysorbate 80,” reads text on an image shared in a December 31, 2020 Facebook post. “This chemical emulsifier suppresses the immune system and bypasses the blood brain barrier which can cause ANAPHYLACTIC SHOCK, ENCEPHALITIS and INFERTILITY.” 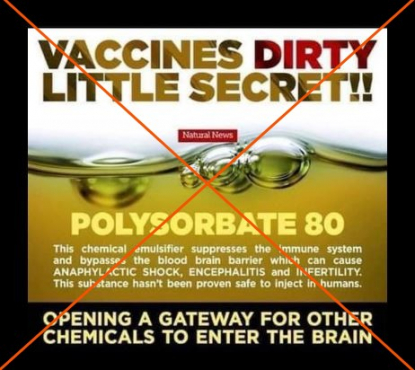 The image includes a logo for Natural News, a website found to host health disinformation that AFP has fact checked in the past.

A second image with text making the same claim can be found on Instagram, including from a page promoting a “vaccine detox.” 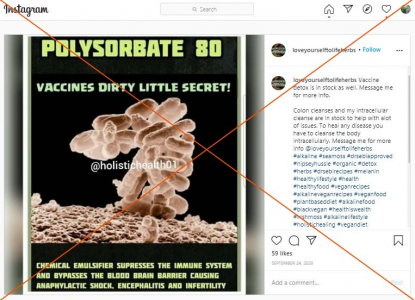 According to a search using social media monitoring tool CrowdTangle, posts featuring these images can be found on Facebook as far back as May 2017, but they were increasingly shared as countries including the United States and Canada approved the Pfizer-BioNTech and Moderna Covid-19 vaccines for emergency use in December amid rising numbers of coronavirus infections.

However, according to the US Food and Drug Administration, neither the Pfizer-BioNTech nor Moderna Covid-19 vaccines contains Polysorbate 80.

Polysorbate 80 is included in other vaccines as an emulsifier to hold ingredients together. It is also used in cosmetics, vitamins and food products, including ice cream.

Suresh Mittal, distinguished professor of virology at Purdue University, explained in an email: “Typically, one cup of ice cream may include over 300,000 micrograms of Polysorbate 80. In contrast, the amount of Polysorbate 80 in vaccine formulation is about 50 micrograms.”

Mittal, who works on vaccines, said: “A small amount of Polysorbate 80 does not seem to impact the immune system adversely.”

He added that “there should not be any significant concern about the use of Polysorbate 80 in vaccines, unless someone has allergy to Polysorbate 80.”

Cosby Stone Jr, an instructor in allergy and immunology at the Vanderbilt University Drug Allergy Clinic, agreed. He said by phone, “The only thing that they got right is that there is allergy.”

However, he explained that severe allergic reactions to Polysorbate 80 or its “cousin molecule” polyethylene glycol -- including anaphylaxis -- are very rare, “like one in a million.”

He said a person may become aware of such an allergy as they prepare for a colonoscopy procedure, and would most often be treated with epinephrine.

He cautioned that a paper he published in 2018 warning that such allergies were under-recognized by clinicians should not be taken as evidence that vaccines are unsafe. “When I say more common than we’ve recognized, I’m still only saying one in a million…the key was that we just weren’t recognizing it at all.”

Stone also confirmed that Polysorbate 80 “does not cross the blood-brain barrier, by itself.”

He said: “If you work really hard at it you can attach other things to Polysorbate 80 that do make it cross the blood-brain barrier, but by itself, just as a stabilizer in a vaccine, that's not something that I'm concerned about at all.”

Libby Richards, associate professor at the Purdue School of Nursing, said by email: “Vaccines have a long safety history and undergo rigorous safety and efficacy testing before they are made available to the public. Vaccine ingredients are used at the most minimum levels to keep the vaccine as safe and effective as possible.”

More of AFP Fact Check’s reporting about inaccurate information on vaccines can be found here.