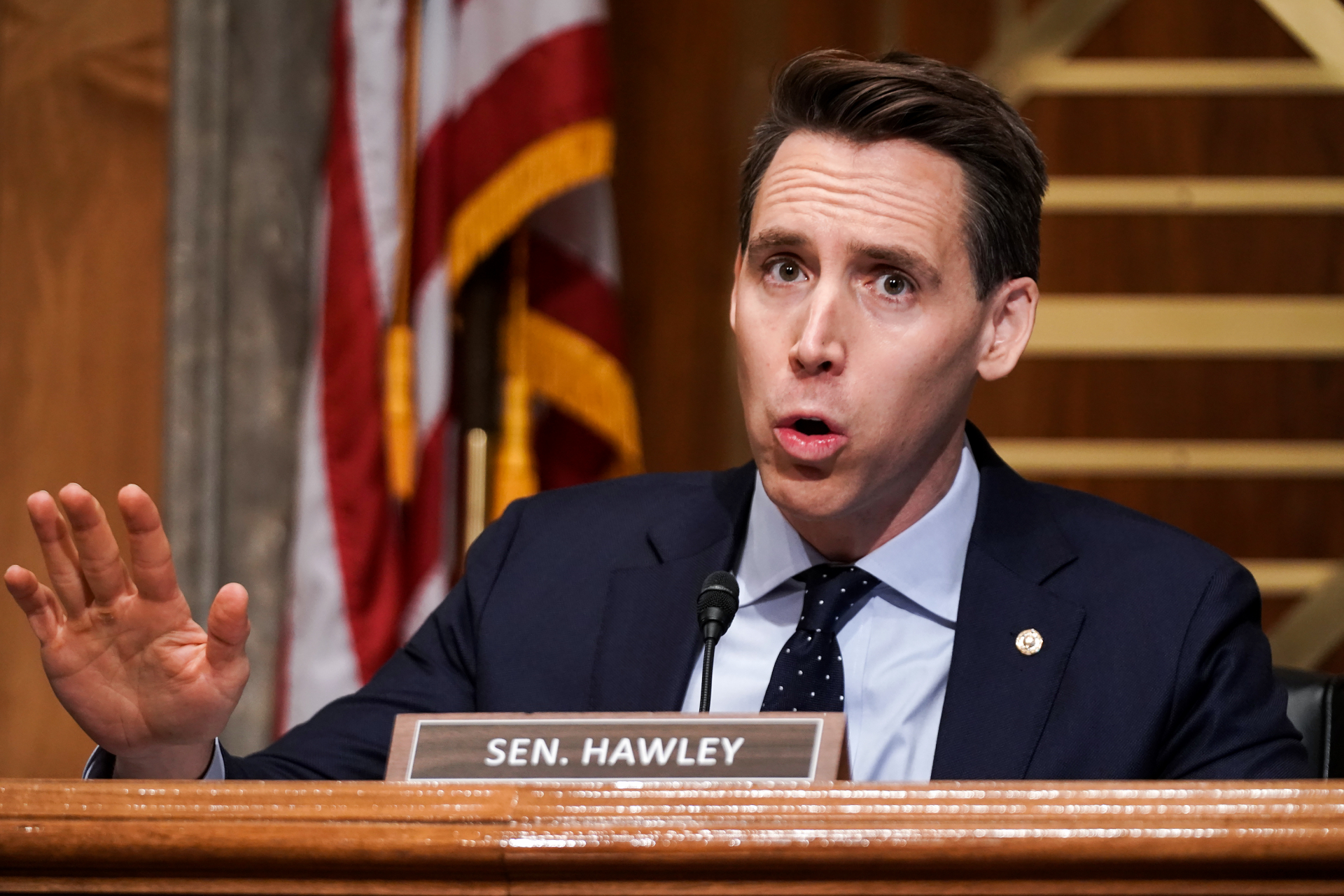 Missouri senator Josh Hawley claimed on Twitter that “Antifa scumbags” vandalized his DC area home, threatened his wife and baby, and attempted to pound open the door. This is false; local police said demonstrators did gather in front of the Republican’s residence to protest his refusal to accept the 2020 presidential election results, but footage of the event shows they only chanted slogans and left a constitution on the doorstep and chalk drawings on the sidewalk.

“Tonight while I was in Missouri, Antifa scumbags came to our place in DC and threatened my wife and newborn daughter. They screamed threats, vandalized, and tried to pound open our door,” Hawley tweeted on the evening of January 4. 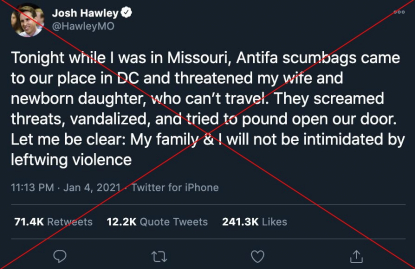 However, the claims vastly exaggerate the events of January 4.

A group of about a dozen activists from the left-wing coalition group ShutDownDC gathered for a “Vigil for democracy” in front of the senator’s home in the Virginia town of Vienna, a suburb of Washington, DC, “around 7:20 pm” local time on January 4.

“We walked very nicely down the sidewalk to his house. We had one megaphone, that’s it,” Nadine Bock, a member of ShutDownDC who took part in the vigil, told AFP by phone.

“We chanted slogans around respecting the election, respecting democracy, following the constitution. We did not pound on his door,” she added.

Hawley’s wife briefly came outside holding her baby, exchanged a few words with the protesters and went back inside. Bock said that protesters did not utter any threats, while Hawley said that they “screamed threats.”

Vigil attendees drew slogans with chalk on the sidewalk outside Hawley’s home, and left a copy of the Constitution in front of the door.

At 7:45 pm, three police officers arrived at the home, and found that “everything was pretty controlled,” Vienna Police Department spokesman Juan Vazquez told AFP by phone.

Vazquez said that the officers told the protesters they were violating town code and Virginia law about noise as well as picketing in front of someone’s home. “They agreed to disperse within 15 minutes” once they were told about the violations, Vazquez said. The protesters were only given a verbal warning before leaving.

The entire event was streamed live on YouTube, and the footage corroborates Bock and Vazquez’s versions.

Hawley has been one of President Donald Trump’s most loyal supporters in his refusal to accept the results of the 2020 election, which Democrat Joe Biden won.

He was the first senator to say that he would object to the certification of the Electoral College votes on January 6. At least 12 Republican senators and 100 Republican members of the House of Representatives joined opposition to the usually procedural count.

The count was halted after Republican lawmakers contested the validity of the results. Not long after, Trump supporters stormed the Capitol.

ShutDownDC, which includes local anti-racist and environmentalist groups, embraced Hawley’s characterization of the vigil attendees as “Antifa,” short for anti-fascist, a mostly unstructured ideology opposed to fascism online and in public spaces.

The group’s description came under intense public scrutiny during anti-racist protests across the US in 2020, leading Trump to vow to label Antifa a terrorist group despite its lack of organized chapters or coordinated activity.