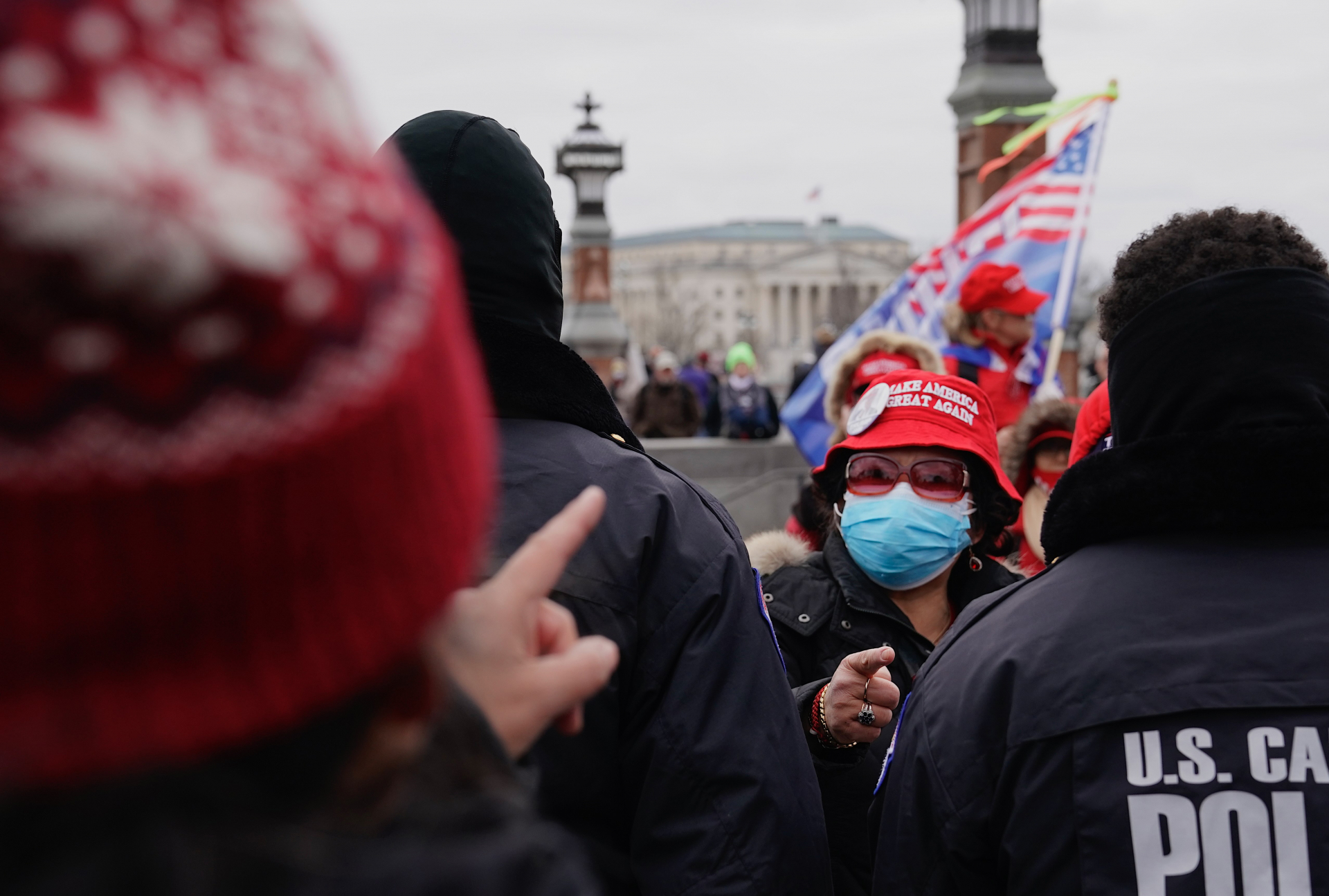 A demonstrator challenging the results of the 2020 US Presidential election argues with a counter-demonstrator in front of the US Capitol on January 6, 2021 in Washington, DC (AFP / Alex Edelman)

Social media posts shared thousands of times claim to show a caravan of Donald Trump’s supporters heading from California to Washington, DC to protest the presidential election result certification in January 2021. This is false; the image shows a Trump parade in the state of New York in October 2020. 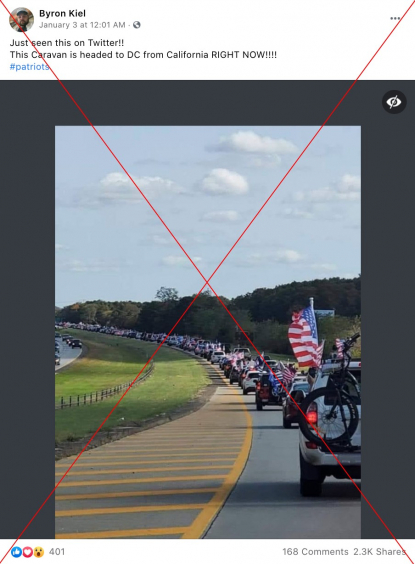 Demonstrators traveled to Washington to protest the certification of Joe Biden’s victory in the Electoral College, which he won by a vote of 306 to 232.

Certification is usually just a formality, but more than 100 Republican members of the House of Representatives and at least a dozen Republican Senators have said they plan to lodge objections.

The initiative, which appears certain to fail, comes despite rulings in dozens of courts and findings by officials that there were no widespread voting problems.

Some Trump supporters breached security and broke into the US Capitol building, interrupting the proceedings.

A reverse image search for the photo in the posts shows that the same image was shared on Twitter on October 18, 2020, calling the caravan a “#LongIslandLOUDMajority Trump Parade from Seaford to Montauk” in New York. 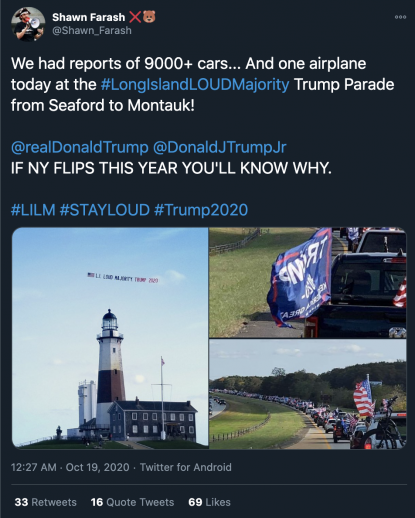 The profile of the user who posted the images, Shawn Farash, says he is the founder of the  “Long Island Loud Majority,” self-described as a “grass roots conservative movement.”

News articles confirm Farash was one of the organizers of the pre-election Long Island caravan, which drew thousands of participants.