A picture of a UN peacekeeper standing next to a sign and inadvertently creating the words “Uninvolved in Peace” has been shared in multiple posts on Facebook, Instagram, Twitter and Reddit. The photo has circulated online for years, recently appearing in posts from Singapore and Myanmar. But the claim is misleading: the picture was staged as part of an ad campaign for a South African newspaper in 2007. The photo in the misleading posts has also been edited, altering the words in the original advertising image, which read: “Uninvolved in Africa.”

A picture of what looks to be a UN peacekeeper was shared in May 2021 by a Singaporean Facebook page here. 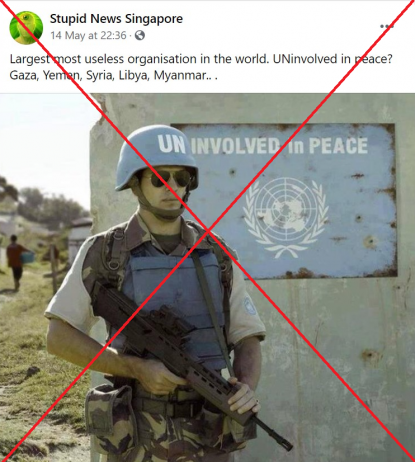 The blue helmet is a signature of the UN peacekeepers.

A reverse image search on TinEye, followed by a keyword search, found this picture, posted on the website Ads of the World on December 26, 2007.

The genuine photo shows the word “Africa” on the sign, instead of “peace”, as seen in the photo in the misleading post.

Henning, the Cape Town-based photographer, told AFP on June 10, 2021, that the picture was part of a series of advertising campaign for Die Burger, an Afrikaans-language newspaper based in Cape Town.

“The works won several awards for advertising,” Henning said. “The shots were set up and produced like a journalistic photo.”

He also emailed AFP the photos from the ad campaign, which can also be viewed on his website here. 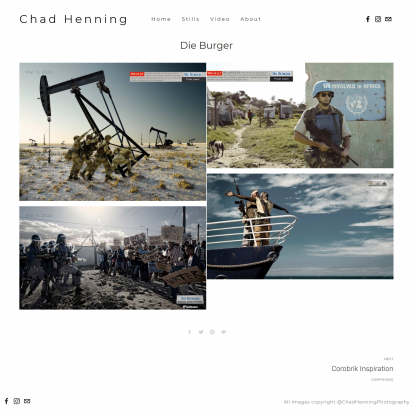 Below is a screenshot comparison of picture from the misleading post (L) and the genuine photo (R):