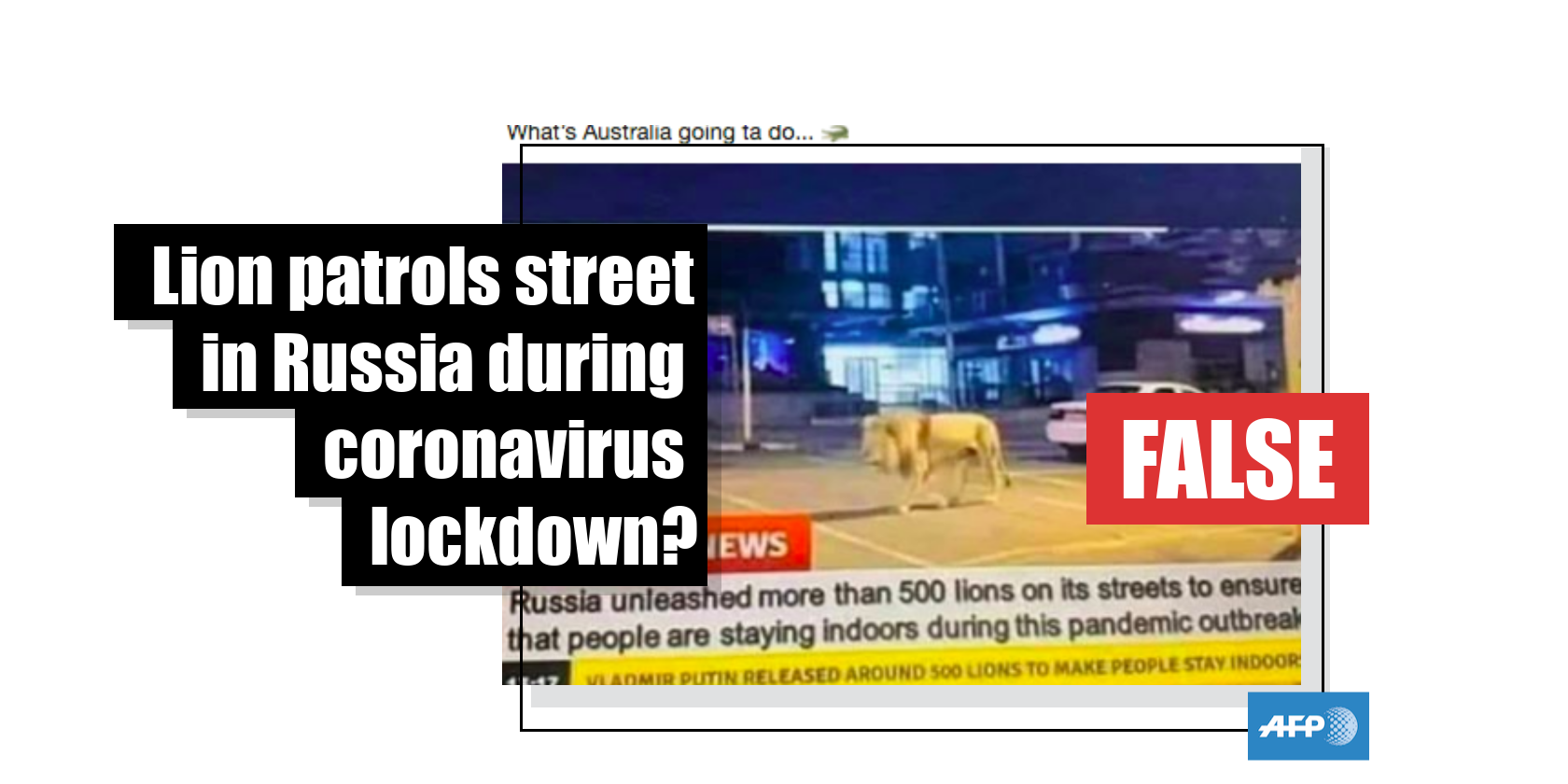 A screenshot of a purported news broadcast showing a lion in the street and reporting that Russia has deployed hundreds of lions to maintain order during the novel coronavirus lockdown has been shared tens of thousands of times on Facebook and Twitter. The claim is false; the photo used in the image was taken in Johannesburg, South Africa in 2016; Russia has also not announced any major coronavirus lockdown.

The photo was published in this Australia-based Facebook page with more than 72,000 followers. It has been shared almost 200 times.

The post’s caption states: “What’s Australia going ta do…”; the text on the purported chyron reads: “Russia unleashed more than 500 lions on its streets to ensure that people are staying indoors during the pandemic outbreak”. 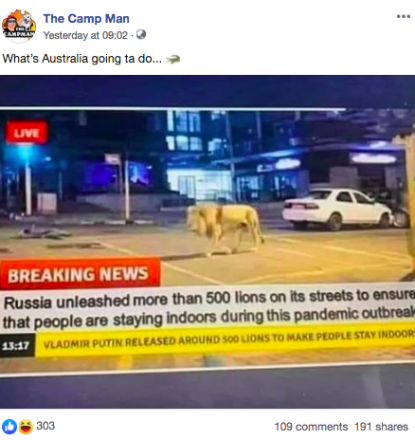 The novel coronvirus, COVID-19, has killed more than 16,000 people and infected more than 375,000 others worldwide, according to data from the World Health Organization on March 25, 2020.

A reverse image search on Google found that the photo of the lion was taken in Johannesburg in 2016. The photo was here by the UK-based Caters News Agency on April 15, 2016.

The article, titled “Paws at the lights -- lion spotted roaming streets of city”, states in part: “The wild cat was spotted strolling through the streets of Johannesburg, South Africa, and although it was a disconcerting sight, locals were swiftly reassured the situation was under control. The lion, named Columbus, was in fact starring in a local film production and had been borrowed from a nearby lion park, although the film company failed to notify the authorities.”

Below is a screenshot of the Caters report: 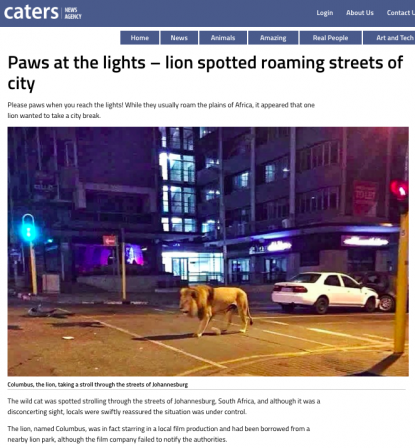 Screenshot of the Caters report

Unlike most other major countries, Russia has not yet ordered any sweeping lockdowns due to the COVID-19 pandemic.

On March 24, 2020, Chechnya became the first Russian region to implement a closure of all restaurants and cafes. The ban on all "crowded places" was announced by Ramzan Kadyrov, the Chechen leader, according to this report from The Moscow Times.