This photo was taken during Belgian colonial rule in Congo

An image of two white children sitting between a black child inside a cage has been shared hundreds of times on Facebook alongside a claim it was taken during the French occupation of Congo in 1955. The claim is false; the image was taken during Belgian colonial rule in Congo.

The image was posted here on Facebook on November 5, 2020. It has been shared almost 400 times.

The post's Indonesian-language caption translates to English in part as: “This photo was taken in 1955 during the French occupation of Congo.

“In the photo a father brought an African child for his children as ‘entertainment’.”

Text superimposed on the image reads: “The hatred of French terrorists towards Islam has existed for a long time...”

The image circulated on social media after French President Emmanuel Macron’s statements about the right to publish cartoons depicting Prophet Muhammad and his earlier comments about Islam, as AFP reported here.

The image has been shared almost 700 times after appearing with a similar claim here, here, here and here.

The same image was shared with a similar claim in Arabic here.

A Google reverse image and keyword searches found a photo posted here on the website of the Centre for Historical Research and Documentation on War and Contemporary Society (Cegesoma), a historical research institute and archive based in Belgium.

Congo Belge, which means Belgian Congo, refers to a former African colony ruled by Belgium from 1908 to 1960 -- it is now called the Democratic Republic of the Congo.

Below is screenshot comparison between the image in misleading post (L) and the photo on Cegesoma’s website (R):

The image was also used as cover of a book by a Belgian historian Paul Van Damme, 2020 edition.

The book’s Dutch-language title translates to English as: “White-black in black-and-white. Together and yet apart: pictures and stories from Belgian Congo”. 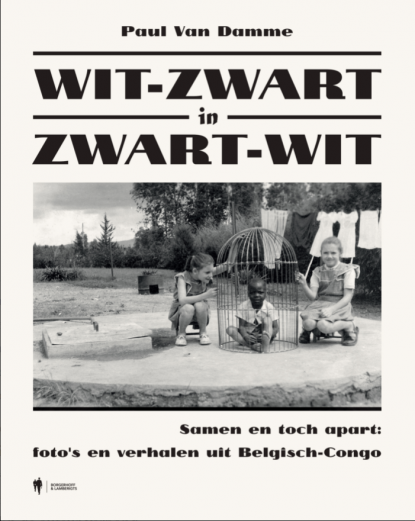