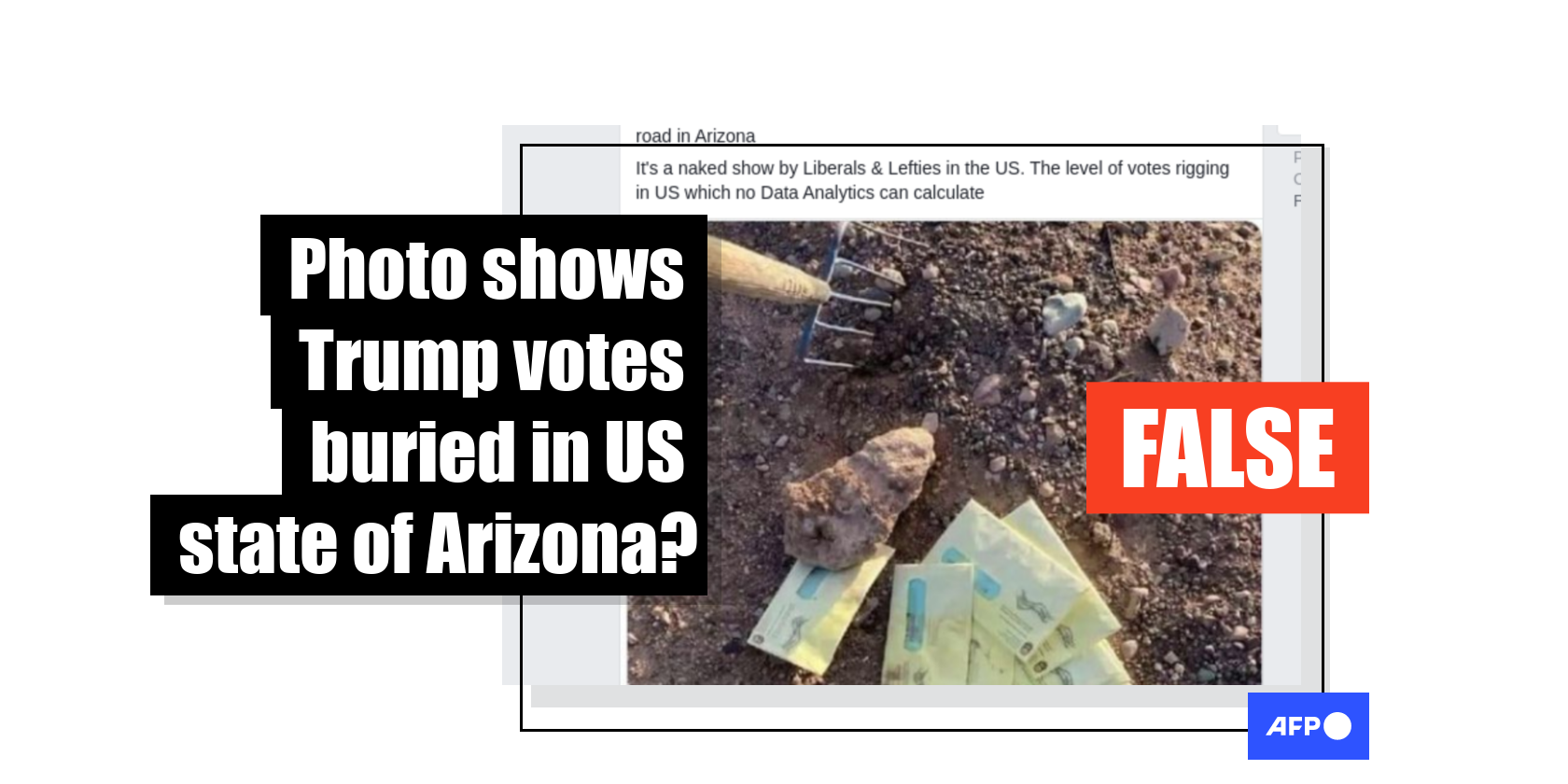 This photo shows US mail-in ballots that were never opened or filled out, local officials say

A photo of several US mail-in ballots lying on the ground has been shared hundreds of times in multiple posts on Facebook and Twitter alongside a claim they were votes for incumbent US President Donald Trump that were found “dumped by the side of the road” in the US state of Arizona. The claim is false; the photo actually shows mail-in ballots that were never opened or filled out, according to local law enforcement officials.

The photo was posted on Facebook here on November 5, 2020. 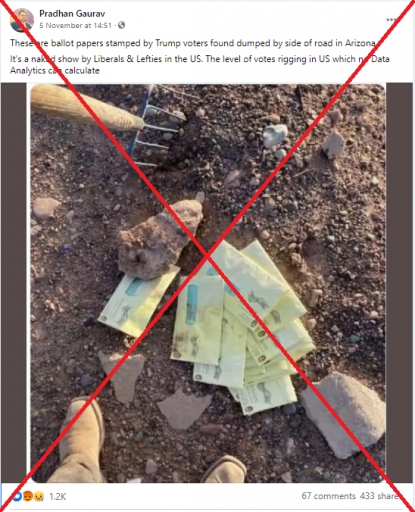 The post's caption reads: “These ballot papers were stamped by Trump voters and have been found dumped by a roadside in Arizona. It's a naked show by Liberals & Lefties in the US. The level of vote rigging in US which no Data Analytics can calculate”.

The post circulated online during the same week as the US presidential election in November 2020. Former vice president and Democratic challenger Joe Biden won the election on November 7, as AFP reported here.

As of November 11, President Trump is yet to formally concede and continues to promote unsupported claims of voter fraud and manipulation.

The claim is false, according to law enforcement officials.

A reverse image search on Google found the photo was published here in a statement from the Arizona Attorney General's Office that refuted the false claim.

The statement, which was released on November 3, said that police in the Arizona city of Glendale were alerted to the discovery of 18 unopened ballots next to a road on October 30, 2020.

“According to investigators, the ballots were stolen from individual mailboxes in a neighbourhood ...The envelopes were still sealed,” the statement reads. 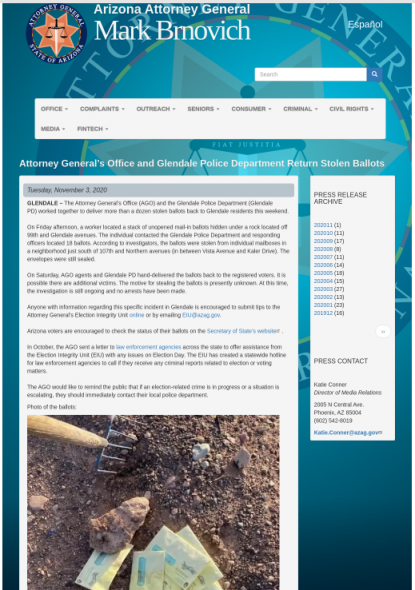 Screenshot taken on November 9, 2020 from the Arizona Attorney General's website

Voting by mail is routine in US elections in all 50 states. As the Arizona Attorney General reported, the ballots found in Glendale were still sealed and had not been filled out in favour of either candidate.

Glendale police also posted a video of the worker who found the ballots on its Facebook account here.

The man, who identifies himself as Brayan Ruiz, claims to have "no information on who may have placed [the ballots] there".

"All I know is that I acted and returned them to the Glendale Police and now I know that they have been returned to their owners so that they can vote,” Ruiz said.

The second part of the video published by Glendale police shows agents from the Arizona Attorney General's Office returning the ballots to the respective voters on October 31.

The incident was also reported here and here by US media.

The false claim about the photo was also debunked by AFP’s Mexico team in Portuguese here on November 5, 2020.