A scenic image featuring a loop-shaped railway has been shared in multiple Facebook posts which claim it shows a tourist attraction called the Demodara railway loop in Sri Lanka. The claim is false; the image actually shows the Brusio spiral viaduct in Switzerland. 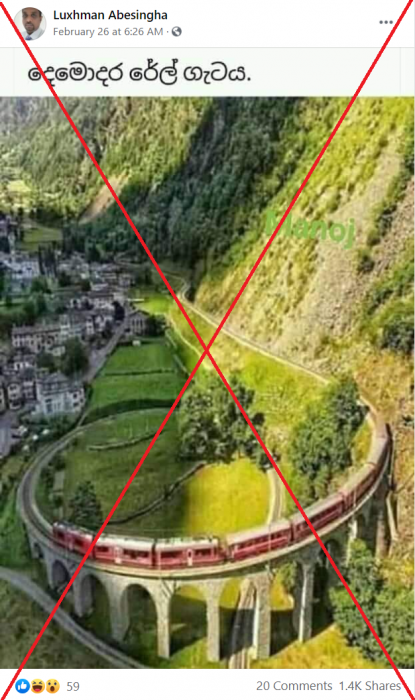 The Demodara railway loop is a unique formation on Sri Lanka’s main railway line, stretching around 900 metres through hill country. An eponymous railway station sits directly on top of a tunnel through which the train passes as it loops round.

An identical claim was made using the same photograph on Facebook here.

However, the claim is false; the image actually shows the Brusio spiral viaduct in Switzerland.

The official website of Switzerland Tourism, MySwitzerland also shows the unique loop and the Bernina Express Red Train in its description of the "circling trains in Brusio". 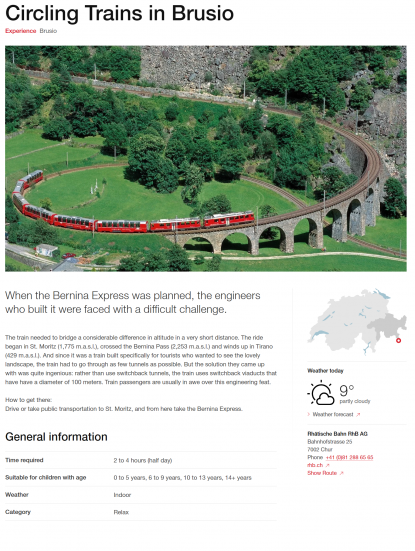 Various visual features can be seen in both the photo circulating on social media and the photo on MySwitzerland’s website, including the red train, steep hill beside the track and a small road below.

Screenshot comparison of the misleading post's image (L) and the photo on MySwitzerland website (R). Similarities have been highlighted in red by AFP.

The Brusio Spiral is a single-track, nine-arched formation on the Bernina railway. Here is a video of the train passing the loop.

By contrast, the Demodara railway loop in Sri Lanka circles around a large hill and does not feature the arch-shaped viaduct seen in photos of the Brusio Spiral.