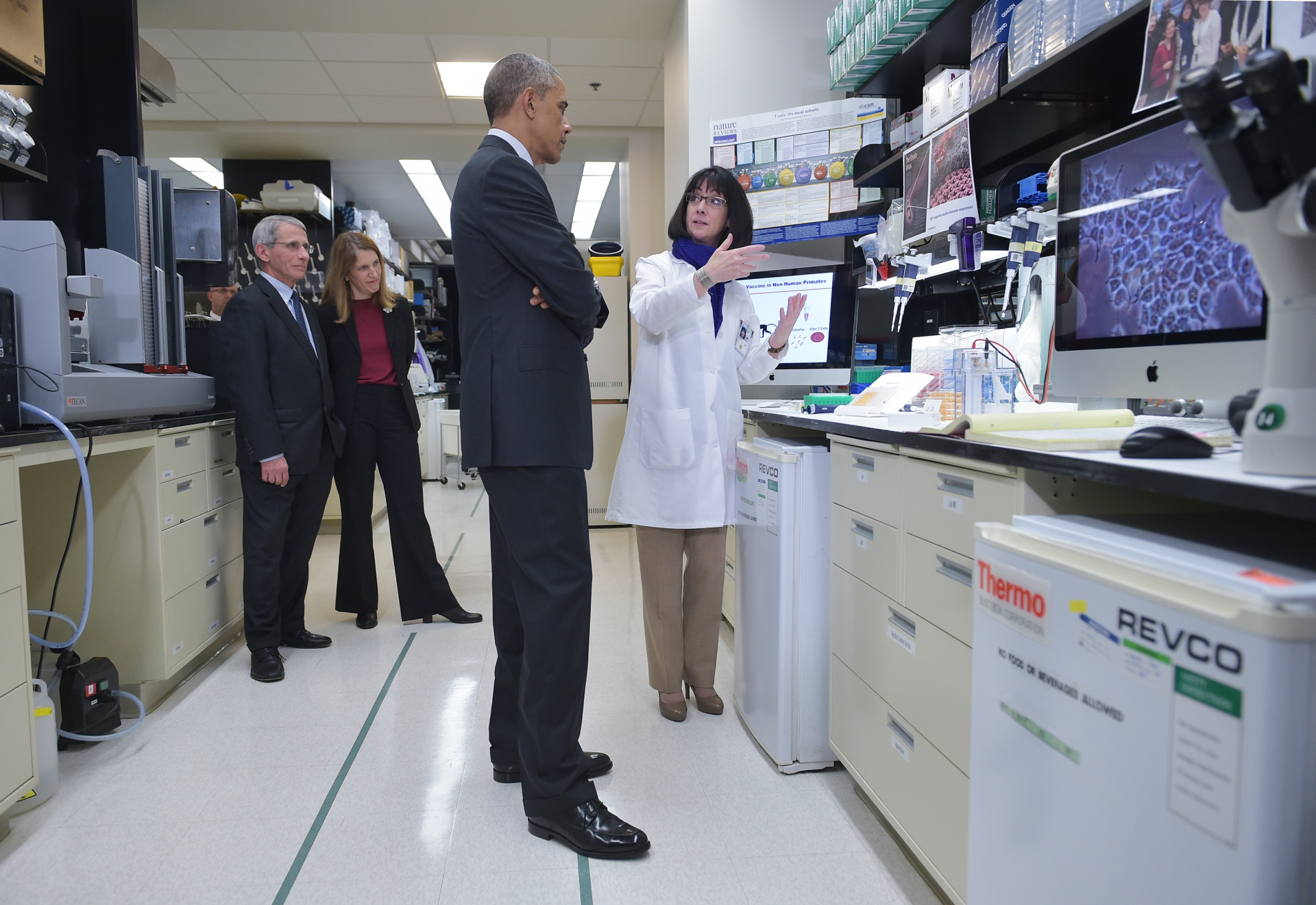 Former US President Barack Obama listens to Dr. Nancy Sullivan (far R) as he tours the vaccine research center at the National Institutes of Health in Bethesda, Maryland on December 2, 2014 with National Institute of Allergy and Infectious Diseases Director Tony Fauci (far L) and US Secretary of Health and Human Services Sylvia Burwell (AFP / Mandel Ngan)

Photo shows Obama and Fauci visiting a lab in the US, not China

Social media posts shared thousands of times claim a photo shows a 2015 visit by then-US president Barack Obama, infectious diseases expert Dr. Anthony Fauci and philanthropist Melinda Gates to a laboratory in China’s Wuhan, which later became ground zero for the coronavirus pandemic. But the photo was actually taken the previous year at a lab in Maryland, and Gates does not appear in it.

The image shows the former president conversing with a woman in a white lab coat in what appears to be a laboratory. Fauci stands in the background with another woman.

Below is a screenshot of a no-longer-available tweet from user @gmcgonigle replying to @JoeBiden: “You mean this Dr Fauci who was with Obama in 2014 in the WuHan lab where they paid the lab 3.7 million for a ‘bat’ project?” 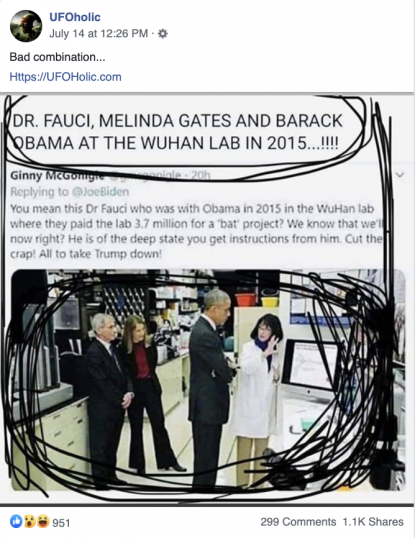 Fauci, the director of the National Institute of Allergy and Infectious Diseases and a member of the coronavirus task force, has been increasingly drawn into conflict with President Donald Trump, and is a popular target for disinformation.

Bill Gates and his wife, Melinda, leading voices on the push for a vaccine to combat COVID-19, the disease caused by the coronavirus, have also been the target of multiple conspiracy theories during the crisis.

A reverse image search for the photo reveals that it was first published on US National Institutes of Health NIAID’s Flickr account on December 2, 2014. It was also published the same day on NIH director Francis Collins’ blog. 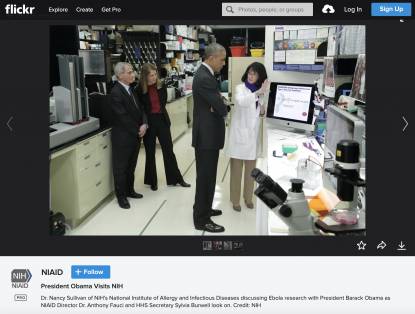 Screenshot of an NIH image posted on Flickr, taken July 16, 2020

Melinda Gates did not participate in the 2014 visit to NIH, which was related to ebola vaccine trials; instead Sylvia Burwell, secretary of US Department of Health and Human Services during the Obama administration, is the woman pictured in the background.

Burwell now serves as the president of American University in Washington, DC.

Photo metadata confirms that the image was taken in Bethesda, Maryland on December 2, 2014. 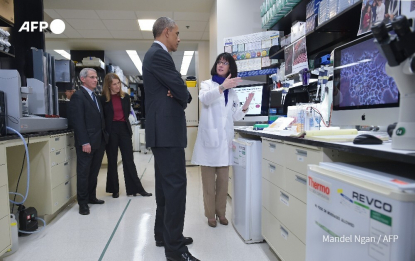 The US government did fund a years-long research project in China run by nonprofit EcoHealth Alliance aimed at helping identify coronaviruses and preventing future outbreaks. The grant was renewed for $3.7 million last year, about 10 percent of which was slated for the Wuhan Institute.

However, Trump in April called for the termination of the funding in response to conspiracy theories blaming the institute for the pandemic.

AFP has previously fact checked claims that the novel coronavirus is not naturally occurring and that US funding for China coronavirus experiments contributed to the outbreak.

Overall, AFP Fact Check has debunked more than 560 examples of false and misleading information about the novel coronavirus, available here.