A photo has been shared repeatedly in multiple posts on Facebook and Twitter in November 2020 that claim it shows Turkish President Recep Tayyip Erdogan refusing to shake hands with French President Emmanuel Macron. The posts circulated online as tensions between the two countries soared in a row over the freedom to mock religion. The claim is misleading; the photo shows the two leaders at the UN General Assembly in New York in 2018, two years before the current diplomatic standoff; other photos taken at the same event show the two leaders shaking hands.

The photo was published here on Facebook on November 5, 2020. 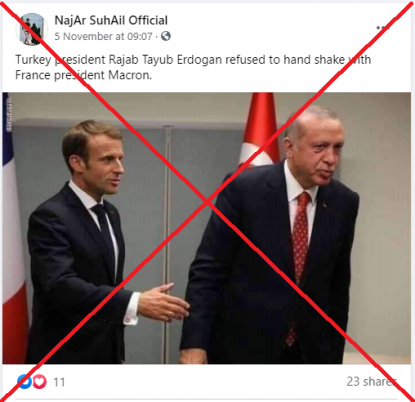 The posts circulated online after Erdogan backed calls in the Islamic world to boycott French goods following Macron's defence of freedom of expression, including to mock religion. Here is an AFP report on the developments.

Below is a screenshot of a series of AFP photos that show Erdogan and Macron: 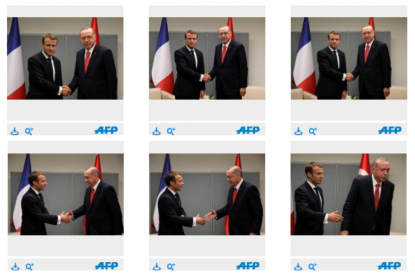