A photo has circulated on social media alongside a claim it shows a group of South Vietnamese people shortly before they were killed by North Vietnamese troops at the end of the Vietnam War in 1975. The claim is false: the original photo, taken in 2003, shows members of a marginalised ethnic group who were living in Laos, where they had been fighting in a guerrilla war.

The post's Korean-language caption claims it shows South Vietnamese people “pleading for their lives” before they were killed by North Vietnamese troops after the fall of Saigon in 1975. 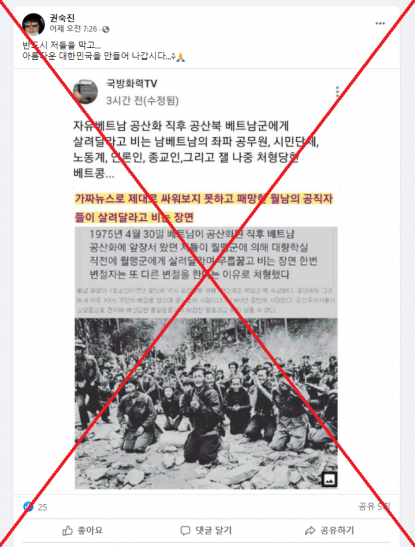 The offensive marked their victory in a 19-year war in which at least three million Vietnamese and 58,000 Americans were killed.

The same image was shared here, here and here on Facebook; here on a Naver blog; and here on Twitter alongside an identical claim.

A reverse image search of the photo on TinEye found this BBC News article.

It states the image was taken by photographer Philip Blenkinsop in Laos. 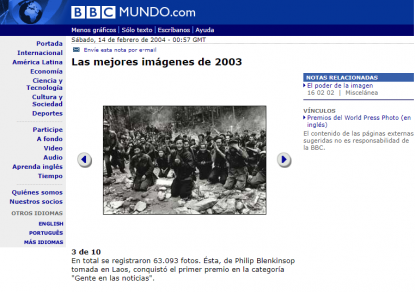 A screenshot of the image in the BBC article

It includes the photograph in a collection of images about Vietnam’s marginalised Hmong ethnic minority, as seen below: 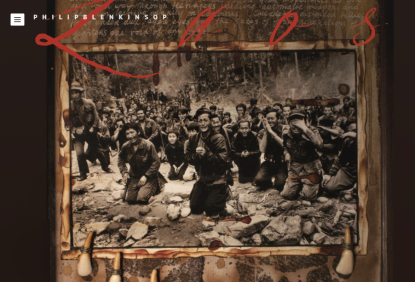 A screenshot of the image on Philip Blenkinsop's website taken on May 11, 2021

The photo is one of many taken of the Hmong people living in the mountains of northern Laos, where they had been fighting a guerrilla war against the Lao army, according to Blenkinsop’s account on the photos written on May 30, 2003.

According to Blenkinsop's account, some of the Hmong helped US forces to fight North Vietnam during the secret wartime campaign in neighbouring Laos. They faced retribution after the communist takeover, he wrote.

An article by Britain's Sunday Times Magazine about Blenkinsop's encounter with the Hmong includes the same photo.

It is captioned: “The tribe’s reaction to meeting Blenkinsop and his team - the first white people they had seen in 27 years. They fell to their knees weeping, thinking they were being rescued.”

Blenkinsop told the Sunday Times he took the photo in January 2003, after trekking to a makeshift camp where hundreds of Hmong were hiding. “As we approached, each and every man, woman and child fell to their knees, crying,” he said.

“All pouring out their sorrow and loss to the person they thought was their American saviour,” the article reads.