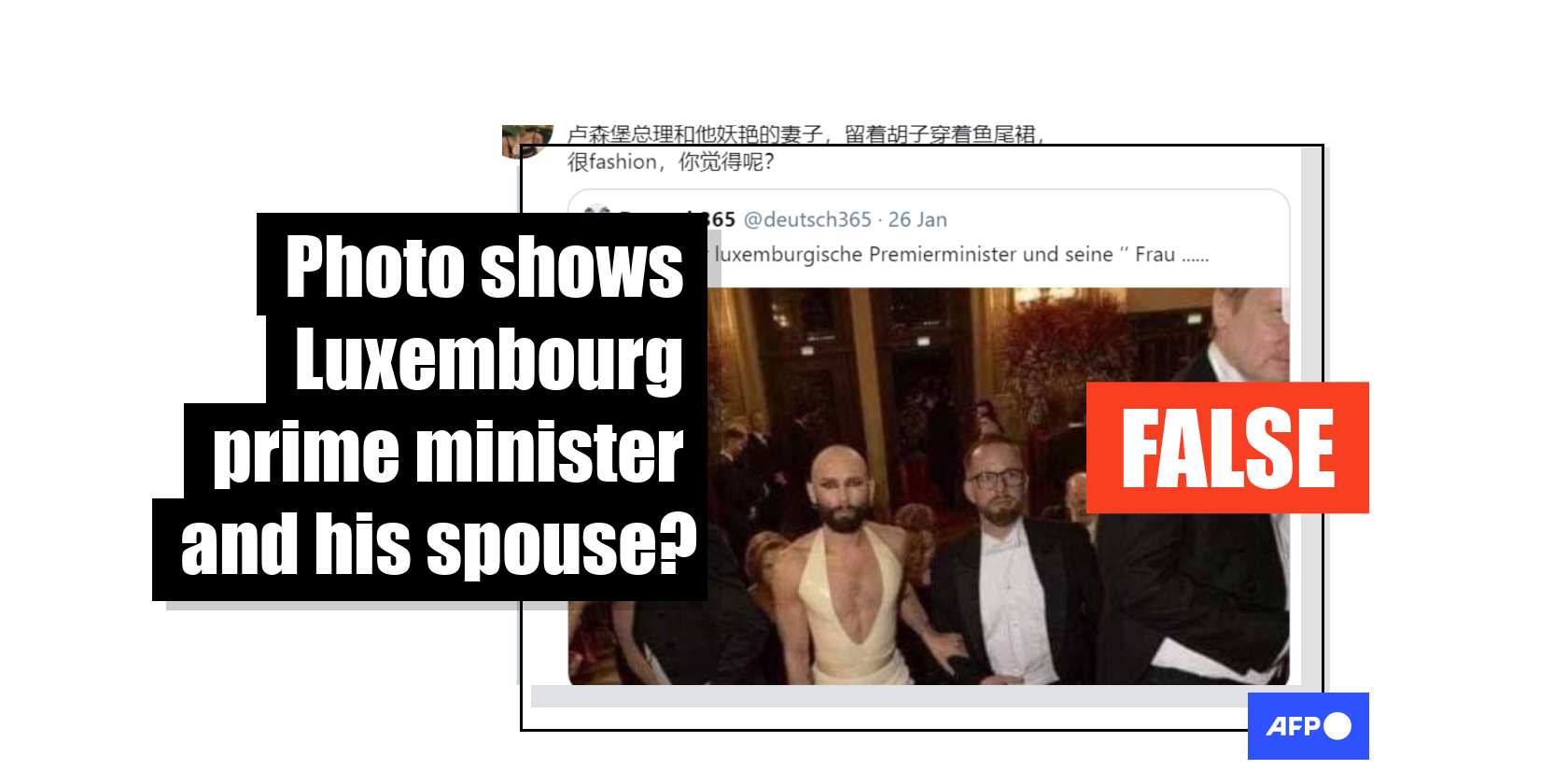 This photo shows Austrian singer Conchita Wurst and her business manager, not the Luxembourg PM

A photo has been shared hundreds of times on Twitter, Facebook and Weibo alongside a claim that it shows the prime minister of Luxembourg and his spouse. The claim is false: the photo in fact shows Austrian singer Conchita Wurst and her business manager at the 2019 Vienna Opera Ball.

The photo was published on Twitter here on January 26, 2021. 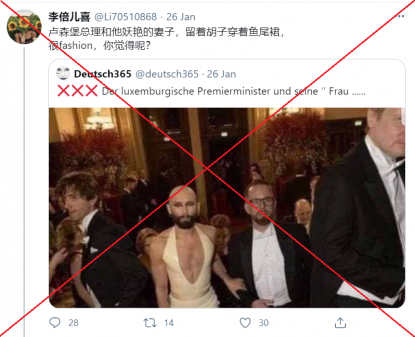 “The prime minister of Luxembourg and his glamorous wife wearing a beard and a fishtail skirt. Very fashionable, what do you think?” the Chinese-language caption reads.

The caption was published alongside another tweet of a German-language Twitter post that features the photo. It translates to English as: “The Luxembourg prime minister and his ‘wife’...”

The photo was also published alongside a similar claim on Twitter here, here and here; on Facebook here; and on Weibo here and here.

Some social media users appeared to be misled by the posts. One Twitter user commented in Chinese: “A group of goblins, against humanity, roam in Europe.” Another Facebook user wrote a comment that translates as: “Luxembourg will be damned soon”.

Screenshot captured on January 28, 2021, of the two comments

The photo was published by German newspaper Kurier here on February 28, 2019. The article’s headline translates as: “Opera Ball: Conchita in a white dress and with a bald head”.

The article reports that the photo was taken at Austria's annual Vienna Opera Ball by Kurier photographer Jeff Mangione.

Below is a screenshot comparison of the photo in the misleading tweet (L) and the photo published in Kurier (R): 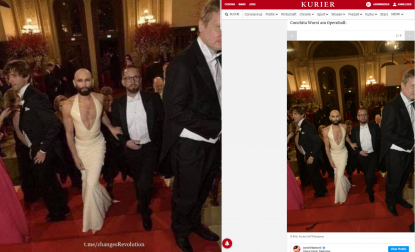 Wurst also posted this photo on Instagram on February 28, 2019, where she can be seen in the same outfit. “Honoured to be at #wieneropernball2019 tonight,” she wrote.

The other person in the photo is André Karsai, the executive chairman of Wurst’s company TNRB unstoppable GmbH.

Karsai posted another photo of him and Wurst at the Vienna ball on Instagram on February 28, 2019.

A search also found no reports that suggested Prime Minister Bettel and his husband Gauthier Destenay attended the Vienna Opera Ball in 2019.

An AFP photo of Bettel and Destenay, who do not resemble Wurst or her business manager, can be seen below. 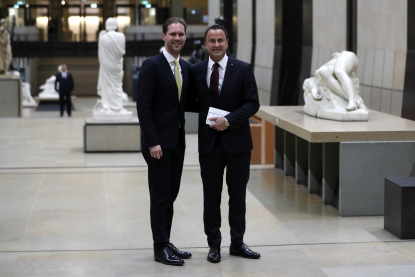 Luxembourg's Prime Minister Xavier Bettel (R) and his husband Gauthier Destenay arrive at the official dinner on the eve of the international ceremony for the Centenary of the WWI Armistice of 11 November 1918 at the Orsay Museum, in Paris, France, on November 10, 2018. (AFP / Ian Langsdon)

The false claim about the photo was also debunked by AFP in Portuguese here and Spanish here in 2019, and also in Serbian here in January 2021.