A photo widely shared online for several years appears to show Muhammed Ali, Nelson Mandela, Malcolm X and other Black icons posing together. While the striking image has sparked an emotional reaction on social media, it is in fact an altered photo of boxing legend Ali and other American sportsmen of his era.

The image, shared tens of thousands of times on Facebook in English and French, purports to show Nelson Mandela, Malcolm X, Thomas Sankara, Muhammed Ali, Patrice Lumumba, Marcus Garvey and other leading political, sporting, artistic and intellectual figures who supported the African or Black American cause posing side-by-side for a photo.

"This picture is heavy. You won’t find any pictures of this heavyweight anywhere anymore," reads the caption on a Facebook post from 2018 that has been shared more than 50,000 times. 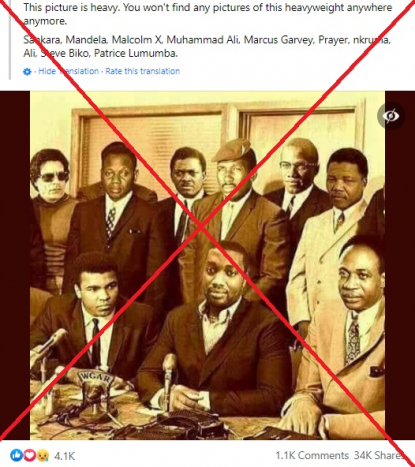 A screenshot taken on December 3, 2020, showing one of the misleading posts

The same image with similar captions has also been shared here, here, and here.

We could not identify the person sitting between them, but by isolating the unknown man’s image and using the TinEye search engine, we found an original colour photograph linked to a broken Airbnb Canada URL from March 2018. 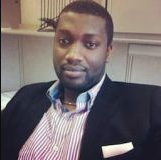 A screenshot taken on December 4, 2020, of a photograph found on TinEye

The anti-apartheid activist Steve Biko, quoted as being part of the collective, is not included.

We also found a larger version of the photo, this time with twelve personalities.

In addition to the nine figures in the first picture, this larger photo features Senegalese historian and politician Cheikh Anta Diop (standing, far left of the photo). Sitting in front of him is Marcus Garvey, journalist, politician and famous leader of the "back to Africa" movement. Also standing on the far right of the photo is reggae icon Bob Marley. 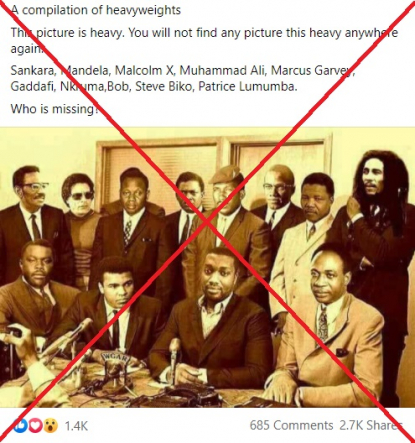 A screenshot taken on December 3, 2020, showing a larger version of the misleading picture

Time is the first giveaway

The first giveaways that the photo is not authentic are time and history; some of the personalities included in the photo were not alive at the same time and, therefore, could not have been in the same picture together.

Where is the original image from?

The altered photo and the original image show the same outfits, same postures and same microphones on the table. The only differences are the faces of the men in the picture – with the exception of Ali.

According to Getty Images, the picture shows Black American athletes at a news conference on June 4, 1967.

A screenshot taken December 3, 2020 showing the original image and the doctored photo

On that day, several great Black American sportsmen gathered in the US city of Cleveland to show their support for Ali who refused to join the American army to go to war in Vietnam.

This photo includes basketball players Bill Russell (seated to the right of Ali), Kareem Abdul-Jabbar, then known as Lew Alcindor (seated on the far right in the photo), and football player Bobby Mitchell (standing and wearing a polka dot tie).

The original photo was taken two years after Malcolm X’s assassination in February 1965. Mandela was also in prison on Robben Island, South Africa at the time of the picture.