A photo has been shared repeatedly in multiple Facebook and Twitter posts which claim it shows Indian Prime Minister Narendra Modi bowing to Chinese President Xi Jinping. The posts were shared after a deadly border clash between Indian and Chinese troops in mid-June 2020. The claim is false; the photo has been doctored from an earlier image which does not show Modi bowing to Xi. 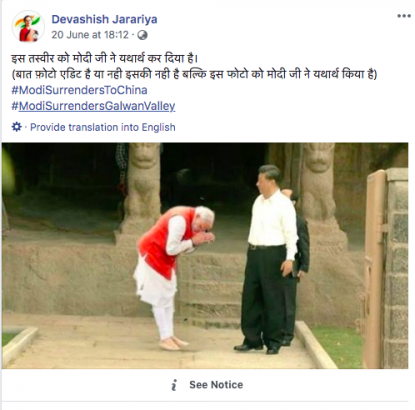 The claim was shared online shortly after deadly clashes erupted along a disputed border between India and China on June 15, which left at least 20 Indian armed forces members dead. Indian media claim that 43 Chinese soldiers were also killed or seriously hurt but Beijing is yet to give casualty numbers. Here is an AFP report on the incident.

The photo shows Indian Prime Minister Narendra Modi on the left and Chinese President Xi Jinping on the right.

The claim is false. The photo has been doctored.

The image was published in a gallery on Gulf News website from Xi's visit to a coastal city in south India in 2019. It shows Modi and Xi standing face-to-face.

Below is a screenshot of the original PTI image: 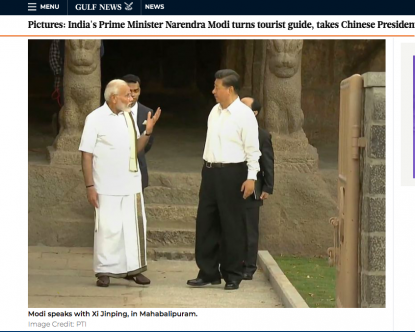 Video published here on the official YouTube channel of English newspaper the Hindustan Times on October 11, 2019 also shows Modi and Xi meeting during the same summit in the city of Mahabalipuram, also known as Mamallapuram.

AFP's report on the summit can be seen here.

The image of Modi bowing has circulated online since 2015 in reports about his visit to an industrial city. It was published here on Twitter. 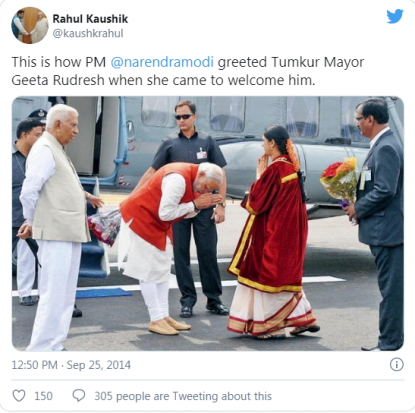 AFP published this fact-check in October 2019 about the same image of Modi bowing being used in a misleading context.