A photo has been shared hundreds of times on Facebook alongside a claim it shows the al-Aqsa mosque in Jerusalem “shattered” as tensions escalated into deadly fighting between Israel and Hamas in May 2021. The claim is false: the photo was shot in Gaza in July 2014 and does not show the al-Aqsa mosque.

The photo’s Hindi-language caption translates in part as: “Al-Aqsa, considered the third holiest mosque in Islam after Makkah and Madinah... has been shattered.” 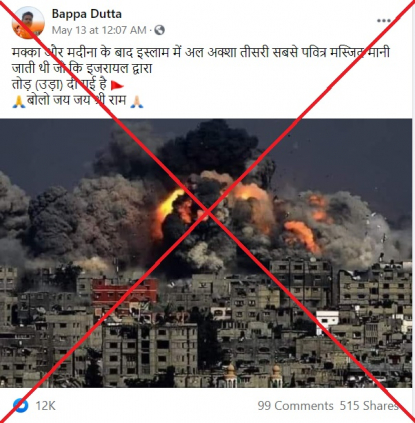 An identical photo has also been shared alongside a similar claim here, here, here and here on Facebook.

The posts circulated online during a spate of deadly fighting in May 2021 between Israel and Hamas, the Islamist group that rules Gaza. The 11-day conflict spiralled from earlier clashes at Jerusalem’s al-Aqsa mosque compound, AFP reported.

A reverse image search on TinEye found the photo was in fact shot by a photographer for the European Pressphoto Agency (EPA) during an Israeli airstrike in Gaza in 2014.

The original photo can be searched here on the EPA website. Its caption reads in part: “Smoke rises from Tuffah neighbourhood after Israeli air strikes in the east of Gaza City, 29 July 2014.” 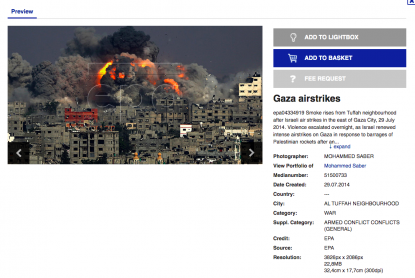 The same photo was also published with the correct caption in this report from July 29, 2014 by The Wall Street Journal newspaper.

Multiple keyword searches found no credible reports that the al-Aqsa mosque was destroyed during the Israel-Hamas conflict in May 2021.

Below is a photo of the mosque taken by an AFP photographer on May 28, 2021, a week after fighting halted when a ceasefire came into force.