A photo has been shared multiple times on Facebook alongside a claim it shows imprisoned former South Korean President Park Geun-hye in a cell. This claim is false; the photo is actually a scene from the 2009 South Korean movie ‘Mother’ by award-winning director Bong Joon-ho, and the figure pictured is actor Won Bin.

The photo, that shows a person huddled on the floor of a small cell, was published here on Facebook on December 1, 2020.

Part of the Korean-text overlay above the photo translates to English as: “This is President Park Geun-hye, whom you all have betrayed.

“Do you still think this is as luxurious as an emperor's bedroom?

“How cold would a 66-year-old grandmother be go to bed with her clothes and socks on?

“She is still the president of this country.” 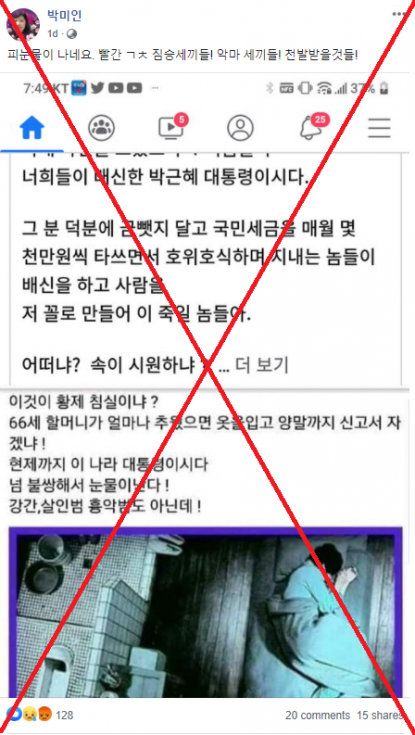 Park Geun-hye is a former South Korean president, currently serving 20 years in jail for bribery and abuse of power after being ousted in 2017 over a corruption scandal that prompted massive street protests, according to this AFP report.

The photo has also been shared here, here and here on Facebook and here on Twitter, alongside similar claims.

The report is an interview with South Korean cinematographer Hong Kyung-pyo, who worked as a director of photography for the film “Mother”.

“Mother,” which was released in 2009, is a South Korean film directed by multi-award winning director Bong Joon-ho.

Below is a screenshot of the Cine21 article: 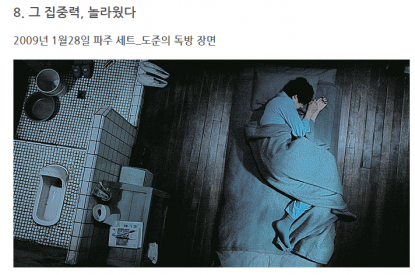 The caption states that the photo shows “Do-joon’s solitary confinement scene”, which was taken on January 28, 2009 at a film set in Paju, South Korea.

According to IMDb, Do-joon is the name of one of the film’s main characters, played by South Korean actor Won Bin.