A photo of a grand building has been shared in multiple Facebook posts alongside a claim that it shows a mosque built by Bangladeshi cricketer Shakib Al Hasan and his wife in his hometown. The claim is false: the photo in fact shows a railway station in the Ukrainian city of Kharkiv.

The photo, which was published above another image of Al Hasan and his wife, was posted on Facebook here on February 26, 2021.

The post’s Hindi-caption translates to English as: “Bangladesh's Muslim cricketer Shakib Al Hasan and his wife have built a mosque in his hometown that cost him around Rupees 9 million. He bore all the costs of the construction; may God give me rewards for his good work.” 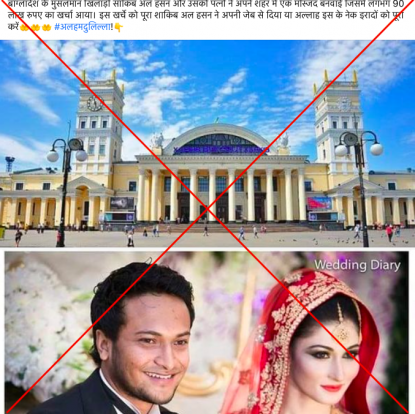 The image was also shared alongside similar claims on Facebook here, here, and here.

A reverse image search found that the photo in fact shows a railway station in the Ukrainian city of Kharkiv.

The photo was published on a website here along with the Russian-description that reads “Station square in Kharkiv, Ukraine.” 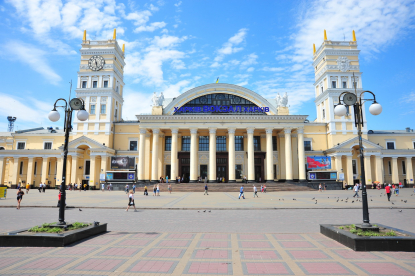 The station can also be seen on Google Maps here. 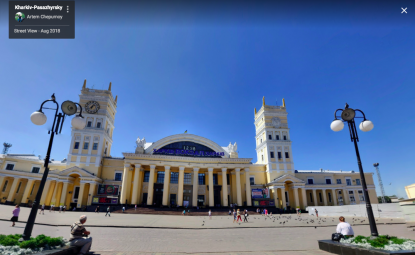 Below is a screenshot comparison of the image shared in the misleading posts (L) and Kharkiv station photo (R):

Other corresponding photos of the Kharkiv railway station were published on travel websites here and here.

In March 2021, local media did report that Al Hasan renovated a mosque in Bangladesh, as noted here on SOMOY TV and here on Barta24. Images of the mosque do not match the photo seen in the misleading posts.

Below is a screenshot of the mosque published in local news website Barta24: 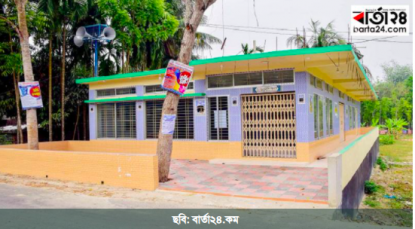 The second photo shared in the posts is a genuine photo of Al Hasan and his wife on their wedding day. It was published in December 2013 here on the Facebook page of a wedding photographer in Bangladesh.