A photo of black bear cubs eating apples under a tree has been shared hundreds of times on multiple posts on Facebook and Twitter alongside a claim that the photo was taken in the disputed region of Kashmir. The claim is false; the photo actually shows cubs at the Kilham Bear Center in New Hampshire, US.

The photo was shared here on Facebook on September 30, 2020. 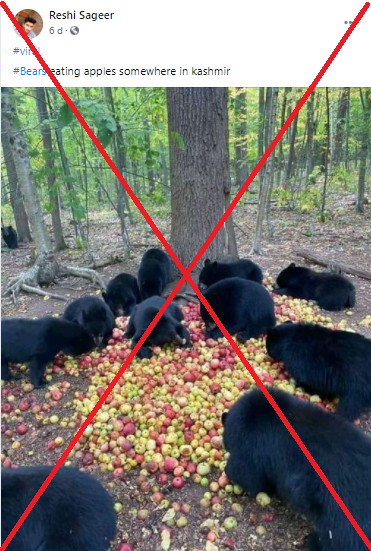 A reverse image search on Google found the same photo published here on the social news website Diply on September 26, 2020. 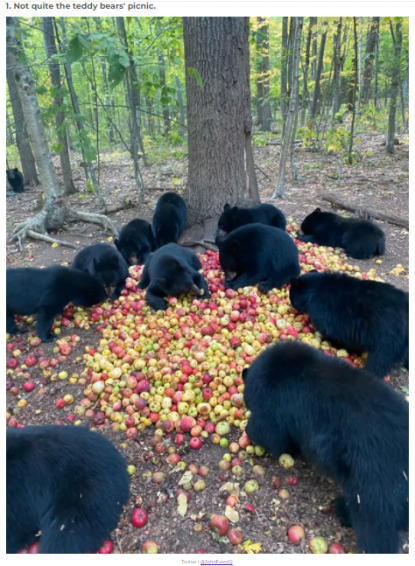 And the bears were very happy. pic.twitter.com/gY4dFEysP5 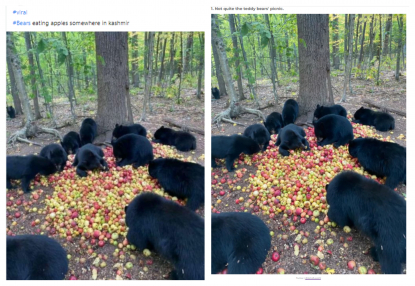 While the Tweet did not mention where the photo was taken, closer examination of the Twitter profile revealed a link to Kilham Bear Center, an animal rescue center in New Hampshire, US.