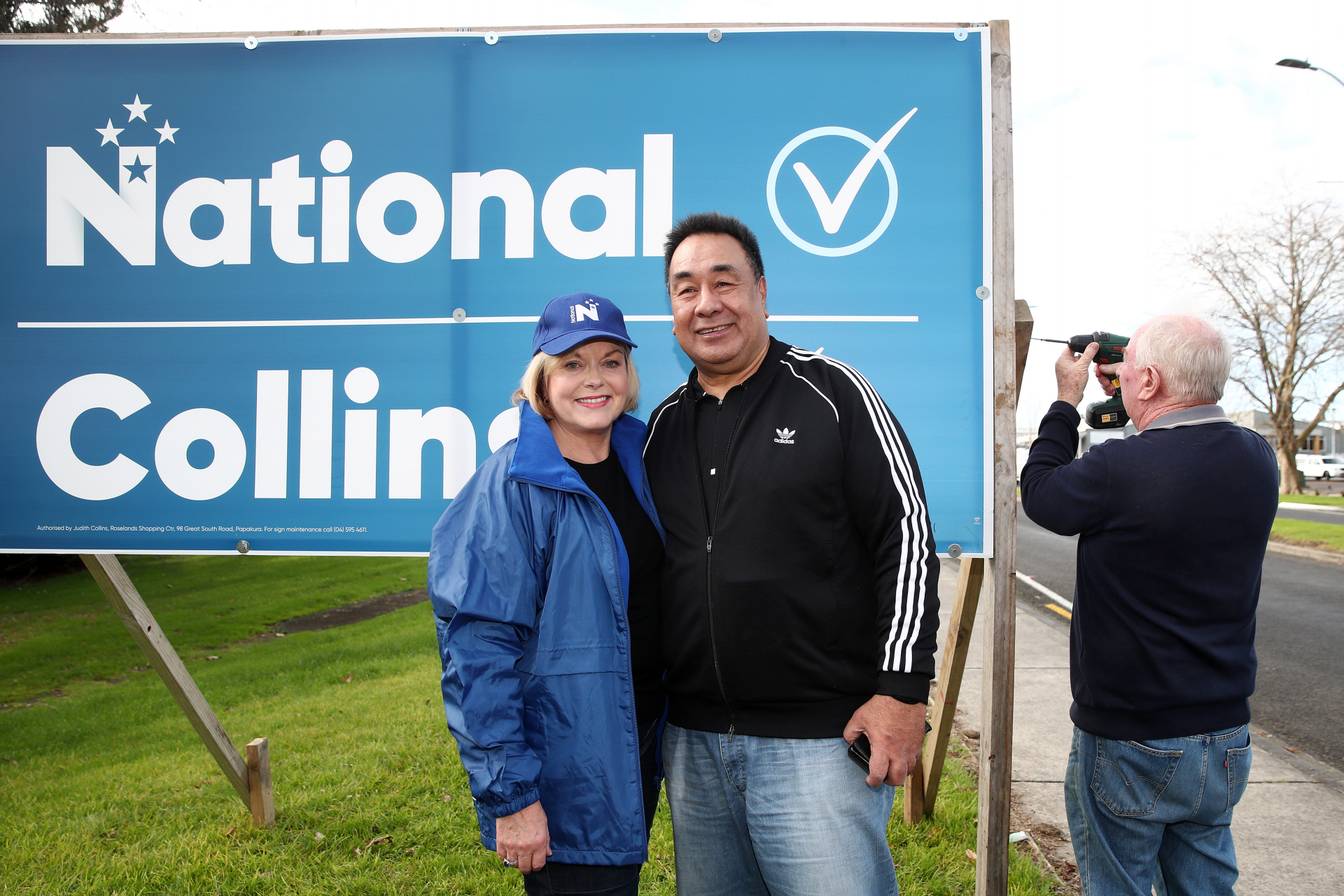 Multiple Facebook posts shared thousands of times in 2020 claim New Zealand opposition leader Judith Collins is opposed to new environmental legislation because of her connection to Oravida, a local water and dairy company that exports produce to China. The claim, however, omits important context; Collins’ husband, businessman David Wong-Tung, left Oravida in 2017, according to a spokesperson from Collins’ office and the New Zealand Companies register; Collins has said she would repeal the act cited in the posts and replace it with two new pieces of law if she wins in this October’s election.

The claim was published by a New Zealand-based Facebook user here on September 29, 2020. It has been shared more than 490 times. 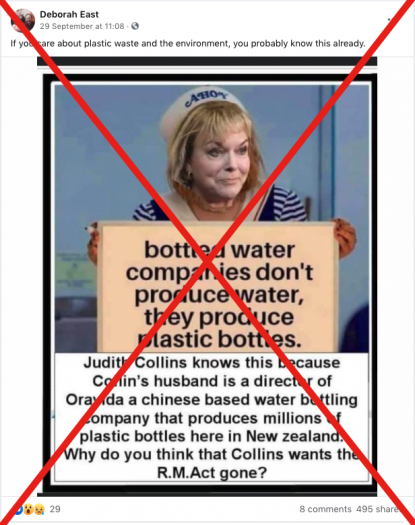 A screenshot of the misleading image, taken October 8, 2020.

The graphic features an image of Judith Collins, which has been manipulated to show her wearing a sailor costume. She can be seen holding a sign which states: “bottled water companies don’t produce water, they produce plastic bottles”.

Text at the bottom of the graphic reads: “Judith Collins knows this because Collin’s husband is a director of Oravida, a Chinese based water bottling company that produces millions of plastic bottles here in New Zealand. Why do you think that Collins wants the R.M.Act gone?”

Judith Collins is the leader of the New Zealand National Party.

Oravida is actually a New Zealand-based company that exports water and dairy products to China.

“R.M.Act” refers to the Resource Amendment Management Act (2020). Collins said she would repeal the act and replace it with two new pieces of law - Environment Standards Act and the Urban Planning and Development Act - if she wins in this October’s election, the New Zealand Herald reported on July 17, 2020.

The claim, however, lacks important context.

Collins’ husband David Wong-Tung was previously a director of Oravida, but as of October 2020, he no longer holds the position, according to filings on the New Zealand Companies Register website.

Oravida is listed as having one major shareholder, Kauri NZ Investment Limited. Wong-Tung is not listed as a director of that company either, as stated here on the Companies Register website.

A spokesperson for Judith Collins told AFP her husband left the company on June 13, 2017. Company history published here on the New Zealand Companies register corroborates this.

Wong-Tung’s previous position as director resulted in Collins being accused of a conflict of interest after local media reported she dined with the company’s bosses and attended their headquarters in Shanghai in 2014.