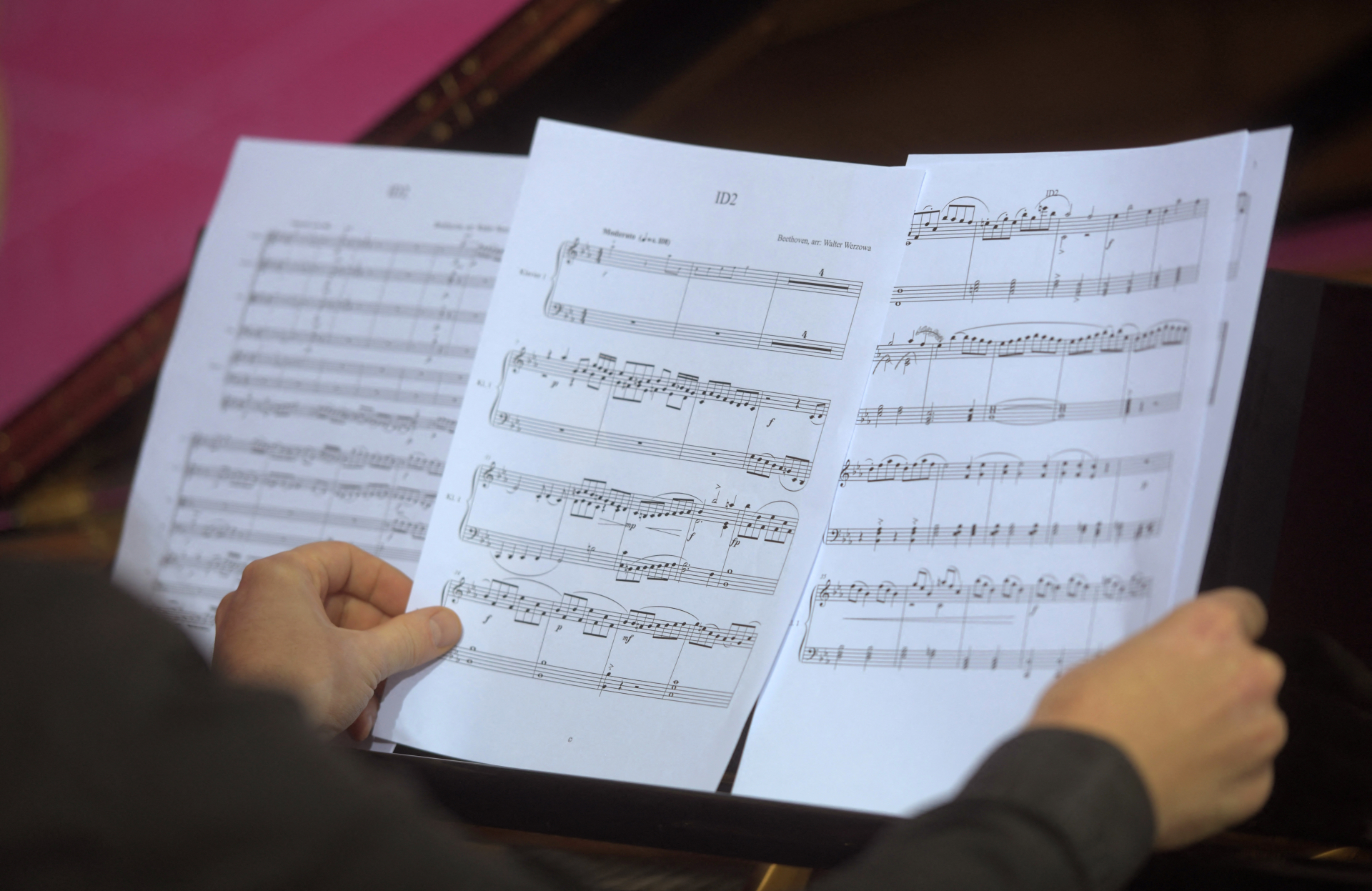 A man sets up sheet music on a piano in Bonn, Germany in 2019 (AFP / Ina Fassbender)

Articles and social media posts claim that a prestigious British university may pull sheet music from the curriculum due to its ties to white supremacy. But while Oxford plans to broaden its music curriculum, spokespeople for the university said there is no truth to the sheet music claim.

“Off Tune: Oxford’s Music Department Considers Canceling Sheet Music Due to Its Connections to ‘White Supremacy,’” said the headline of a March 29, 2021 article from conservative website MRCTV.

MRCTV updated the headline and text of the article following the publication of AFP’s fact check.

A screenshot of an article headline taken on April 7, 2021

The claim comes during a global reckoning over race relations and colonialism after anti-racism protests that began in the United States in 2020, and also touches on the heated debate over so-called “cancel culture.”

Newsmax, a conservative TV channel and website that has been endorsed by former president Donald Trump, made a similar claim, while variations on it also appeared on Twitter and Instagram.

The claim appears to have originated in British newspaper The Telegraph, which on March 27, 2021 reported that it “has seen proposals for changes to undergraduate courses, which question the current curriculum’s ‘complicity in white supremacy.’”

The newspaper cited documents in which faculty proposed reforms “including rethinking the study of musical notation.”

When AFP asked Oxford whether staff had urged changes to musical notation study, a spokesperson said: “No proposals for the removal of Western notation, which some media have referred to as ‘sheet music,’ have been made by anyone in the faculty.”

Another Oxford spokesperson earlier said that, “There is no truth in the ‘sheet music’ claim.”

The university’s Faculty of Music does, however, plan a curriculum “renewal,” which has been in the works for several years, a March 31, 2021 statement said.

It will retain its traditional analysis and performance of Western music, while “also enhancing our students’ opportunities to study a range of non-Western and popular music from across the world, alongside our courses in music composition, the psychology and sociology of music, music education, conducting, and much more,” the statement said.