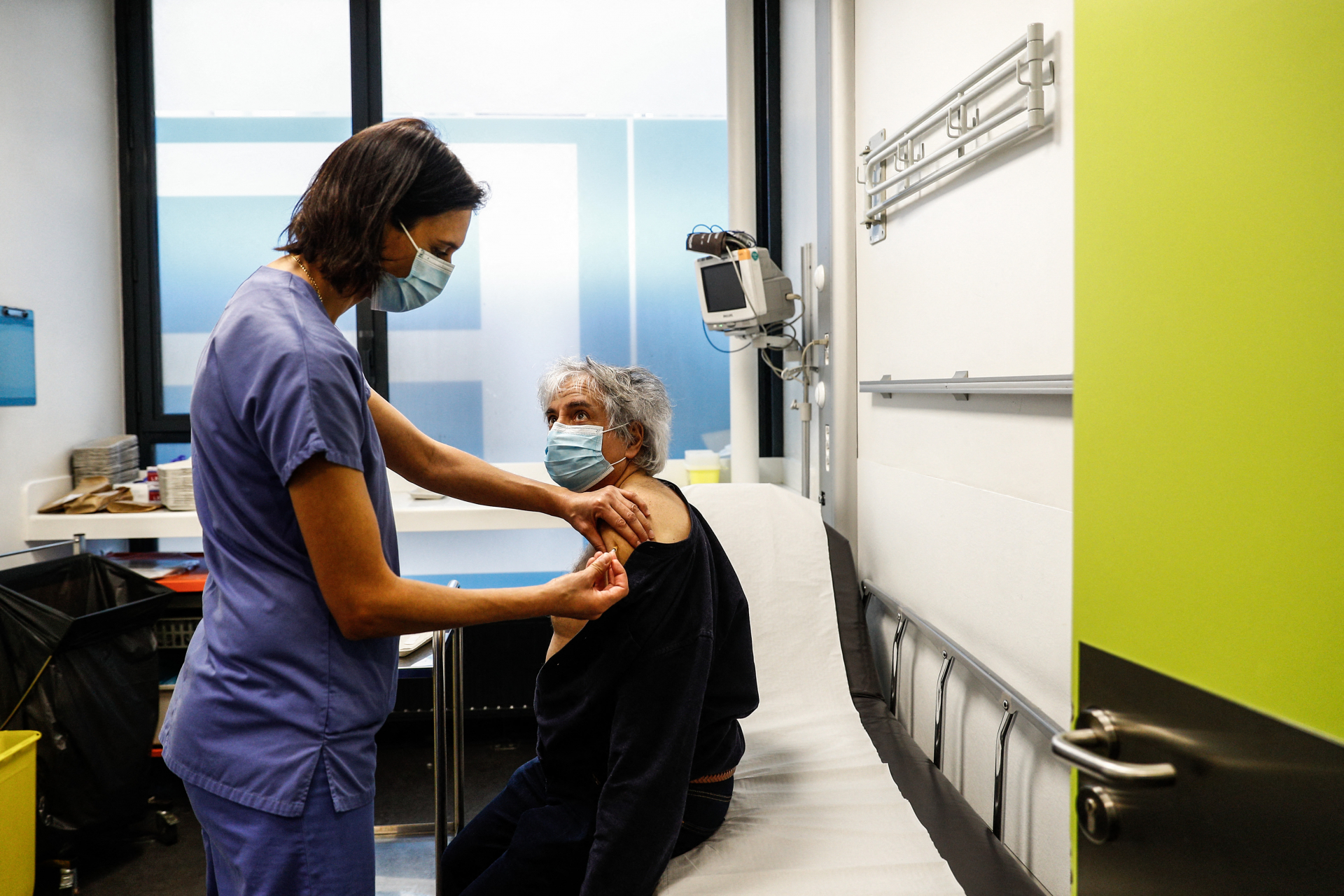 A nurse administering a dose of the Pfizer-BioNTech Covid-19 vaccine at a hospital in Paris. (AFP / Sameer Al-doumy)

Multiple Instagram and Facebook posts have shared a purported graphic of Covid-19 “vaccine deaths and injuries” which they claim shows data from the European Medicines Agency (EMA).  The claim is misleading: an EMA spokesperson told AFP it had not issued the graphic in the posts. Actual data released by the agency in fact show adverse events reported after Covid-19 vaccination that are “not necessarily related to or caused by” vaccines.

The purported data was shared in this image. It was posted on Instagram on May 30, 2021.

The image includes the logo of the EudraVigilance database, which is managed by the European Medicines Agency (EMA). It compiles data on suspected vaccination side effects. 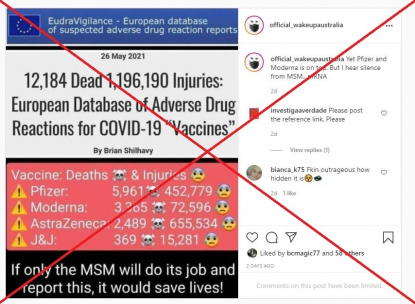 A screenshot of the misleading post taken on June 1, 2021

An identical image was also shared in Facebook posts here, here and here.

The screenshot does not show an official graphic issued by the EMA, a spokesperson confirmed to AFP on June 14, 2021.

"We confirm that this is not a graphic published by EMA," the spokesperson said.

The same graphic was published on this meme-sharing site, as shown in the screenshot below: 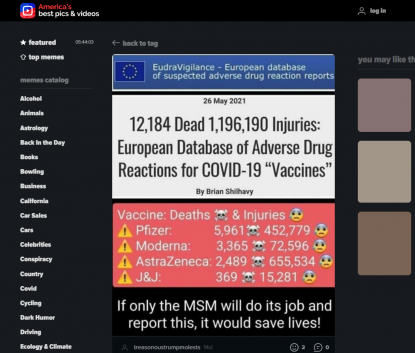 A screenshot of the same graphic on a meme-sharing website

The graphic includes an identical headline from this report on the website, Health Impact News.

The EMA spokesperson also told AFP on June 9, 2021 that cases reported to EudraVigilance do not prove vaccines have caused an adverse reaction.

“Spontaneous case reports of suspected [adverse drug reactions] alone are rarely sufficient to prove that a certain suspected reaction has indeed been caused by a specific medicine,” the spokesperson said.

“This could be a symptom of another illness, or it could be associated with another medicinal product taken by the patient at the same time.”

The EudraVigilance website indicates the figures it compiles do not confirm links between vaccination and reported adverse events.

A disclaimer on the website reads: “The information on this website relates to suspected side effects, i.e. medical events that have been observed following the use of a medicine, but which are not necessarily related to or caused by the medicine.” 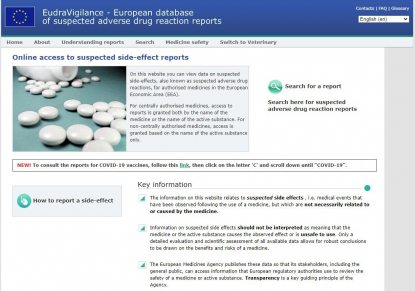 A screenshot of the EudraVigilance database taken on June 11, 2021.

Jean-Daniel Lelièvre, head of the infectious diseases department at the Henri-Mondor Hospital in Créteil, France told AFP in March 2021 that reported adverse events could be due to chance.

“So you are going to see all these events but that does not necessarily mean that they are linked to the vaccination.

“What would have been surprising is that we do not declare death after vaccination."

The US Centers for Disease Control and Prevention (CDC) also states on its website here that Covid-19 vaccines are "safe and effective".

It states that "selected adverse events reported after Covid-19 vaccination" do not necessarily indicate a causal relationship between the vaccine and a particular side effect.