Skip to main content
Twin baby elephants walk among a herd at the Minneriya National Park in Minneriya on July 8, 2020 (Photo by AFP)

After the rare sighting of twin elephant calves in Sri Lanka in July 2020, misleading claims and old photographs have circulated on Facebook. Some posts falsely claim the Sri Lankan pair were the first twin baby elephants born in South Asia. Other posts share images of elephants in South Africa, misrepresenting them as recent photos of the new baby elephants.

The elephant twins were spotted in Sri Lanka’s Minneriya national park in July 2020 and were named Bathiya and Baghya by conservationists. 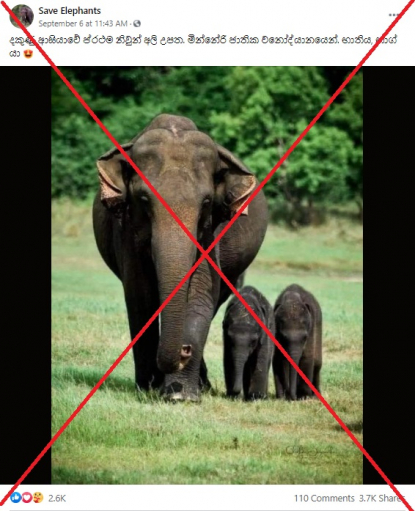 But the claim is false, according to experts.

“The births in Minneriya is not the first time that twin calves were born in South Asia. Twin births have been recorded in Nepal and India,” Pubudu Weerarathne, a wildlife activist and a member of the Sri Lanka Young Zoologists’ Association, told AFP by phone on September 8, 2020.

Pubudu added, however, that the birth of twin elephant calves is a “very rare occurrence and the chances of it being recorded or sighted is even rarer.”

Twin elephant births in South Asia have been reported in the region, for example in India here in 2017 and here in 1971.

Nepal recorded the birth of twin elephant calves in 2008, according to the Asian Elephant Specialist Group, an India-based global conservation group.

Other misleading Facebook posts featured a set of images of two baby elephants alongside claims that they are the twins spotted recently in Sri Lanka. 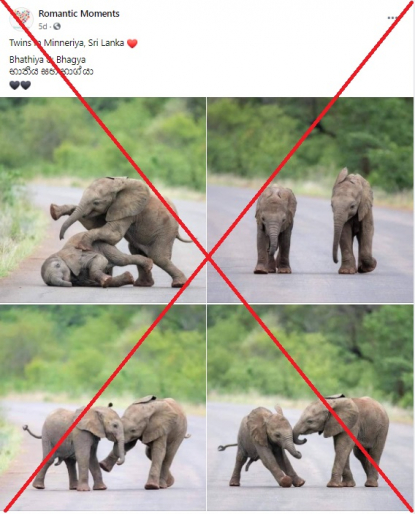 Screenshot of the misleading claims circulating on Facebook regarding the twin elephant calves, using a set of misleading images.

A reverse image search found that the photos in fact show elephants in the Kruger National Park in South Africa in 2019. The photos were published here on the website of Dutch photographer Inez-Allin Widow. 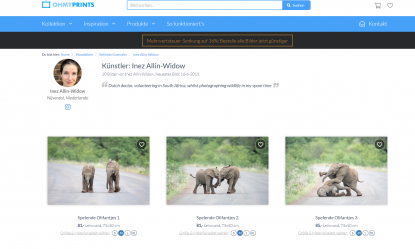 Below is a screenshot comparison of the images from the misleading post (L) and the photographer’s webpage (R): 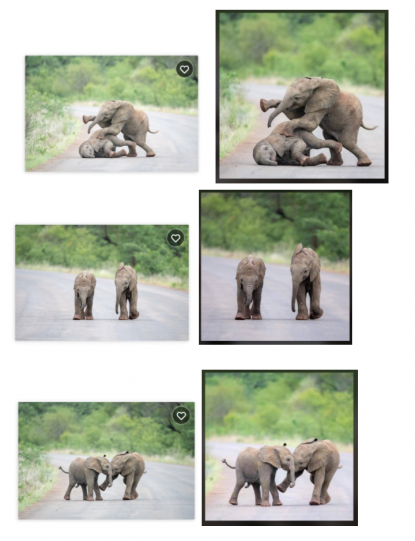 The photographs were also published with attribution to Inez-Allin Widow in the Daily Mail here in January 2019.