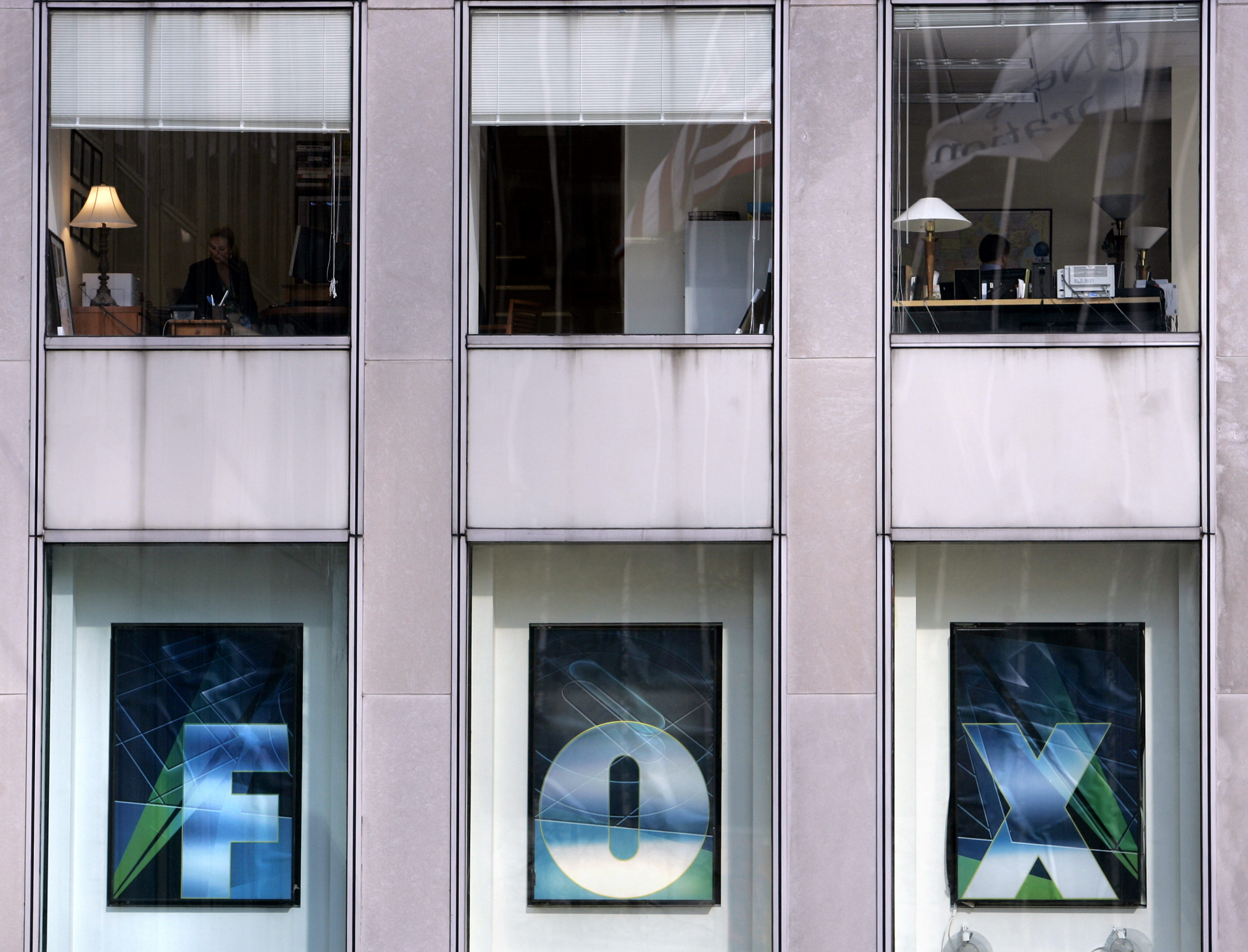 Fox News is available in Canada

Posts shared thousands of times on Facebook claims that US cable news channel Fox News is not available in Canada due to media legislation in the country. This claim is false, according to Fox News and one of Canada’s largest television distributors.

“NO Fox News in Canada” says one version of the post, shared more than 20,000 times in Canada across several accounts. It also claims: “The Radio Act makes it a crime to lie to the public via airwaves.” 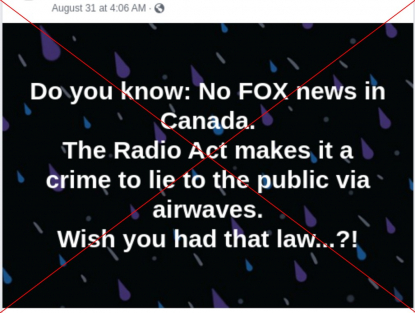 Variations of the claim have been shared in the United States and Australia, some as early as 2011.

The core claim that the Fox News Channel is not available in Canada is false.

The Canadian Radio-television and Telecommunications Commission (CRTC) approved the distribution in Canada of the US-based Fox News Channel in 2004 and according to the Fox News website, the channel is currently available through 16 cable or satellite providers, with two also providing the Fox Business channel.

The CRTC had previously approved a license for a new Fox News Canada channel in 2003. Fox later chose not to launch the station, writing to the CRTC that “Fox News does not intend to implement this service and therefore will not meet the extended deadline to commence operations.”

Hank Intven, Adjunct Professor of Law at the University of Victoria, said by email: “There is no ‘Radio Act’ in Canada. We have a ‘Radiocommunication Act’, but it deals mostly with the radio spectrum, not broadcasting content.”

However, Canada’s Broadcasting Distribution Regulations of 1997 do state that broadcasters cannot distribute a programming service that contains any false or misleading news.

“Fox could be subject to complaints, but it clearly meets whatever basic regulatory requirements are in place to be included within the available broadcast distribution services,” Michael Geist, a law professor at the University of Ottawa told AFP via Twitter.

“Claims that they've been kept out due to the Radio Act are very old and were debunked many years ago,” he said.