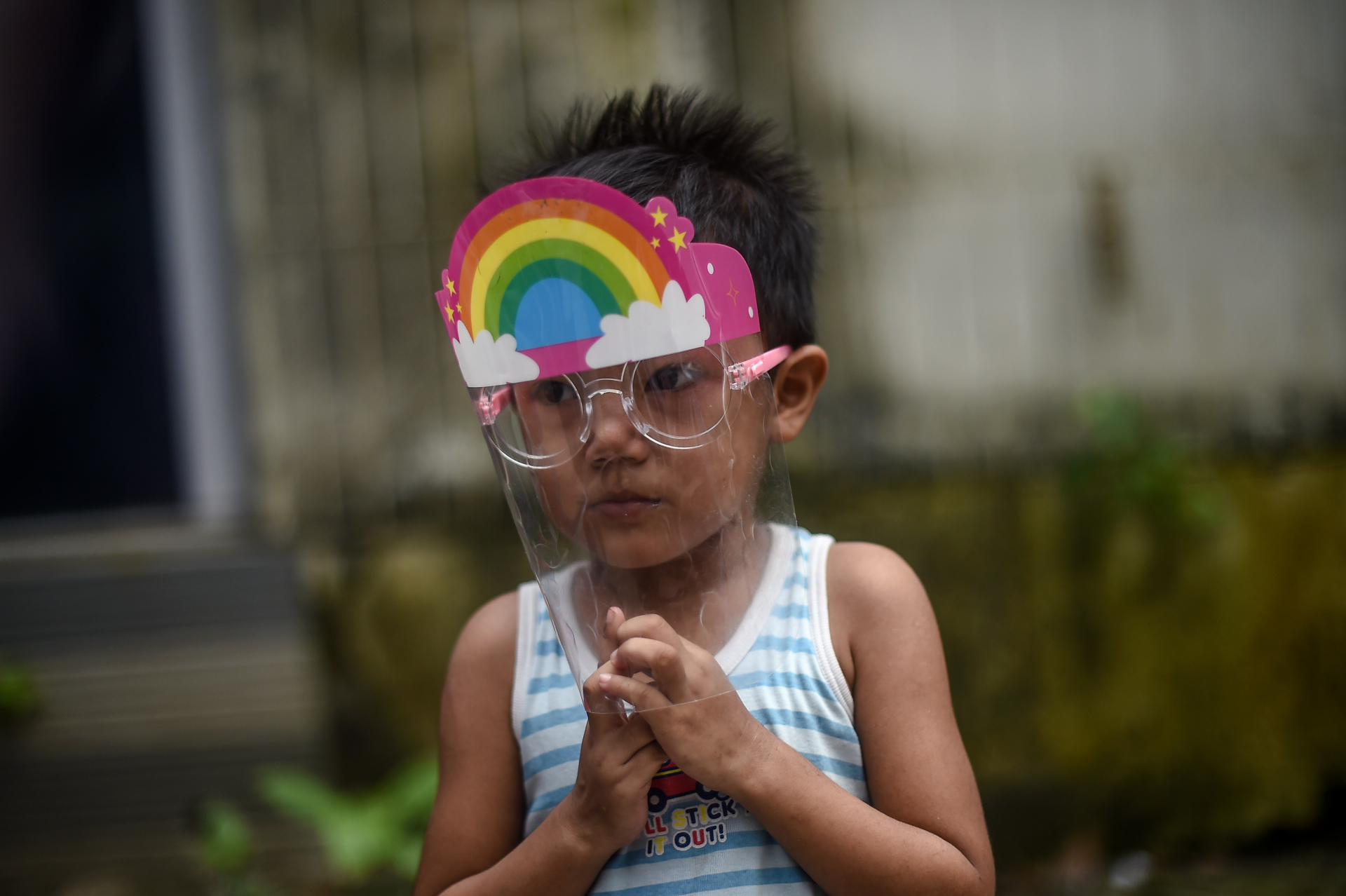 A boy wearing a faceshield waits to receive a checkup on a health clinic on a bus during a medical checkup and contact tracing campaign in Yangon on September 9, 2020, as authorities worked to halt the spread of the COVID-19 coronavirus. (AFP / Ye Aung Thu)

Four photos have been shared hundreds of times in multiple posts on Facebook alongside a claim they show Myanmar’s navy "shooting Bengalis" -- a pejorative term widely used within Myanmar to imply the Rohingya are illegal immigrants -- to prevent them from entering Myanmar with the novel coronavirus. The claim is false; the photos were originally published on the Myanmar navy’s official Facebook page in reports about navy operations that predate the Covid-19 pandemic.

The photos were published on Facebook here on September 14, 2020. The post has been shared more than 1,000 times. 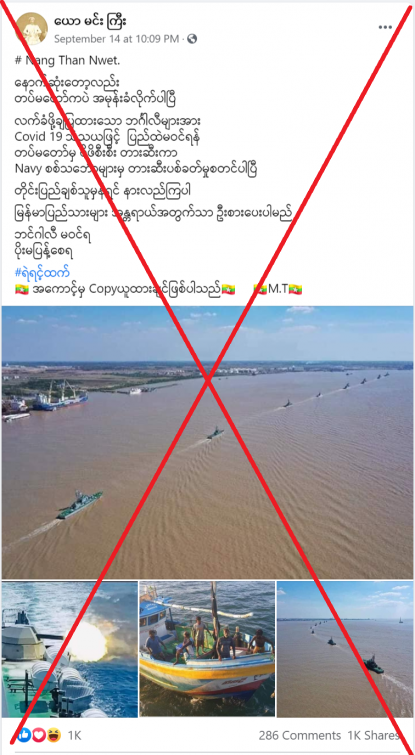 The post’s Burmese-language title translates to English as: “In the end, only the Tatmadaw (military) accepted the hatred.”

The post's caption translates in part: “The navy ships have started blocking and shooting Bengalis to stop them from entering the country with COVID-19.”

The post continues: “If you are a patriot, please understand. Priority will be given only to the people of Myanmar. No Bengalis are allowed. Do not spread the disease.”

The photos were also published alongside a similar claim on Facebook here and here.

The claim is false; the photos predate the coronavirus pandemic.

Two of the photos, which show a line of ships, were published here on the navy’s official Facebook on December 27, 2019. 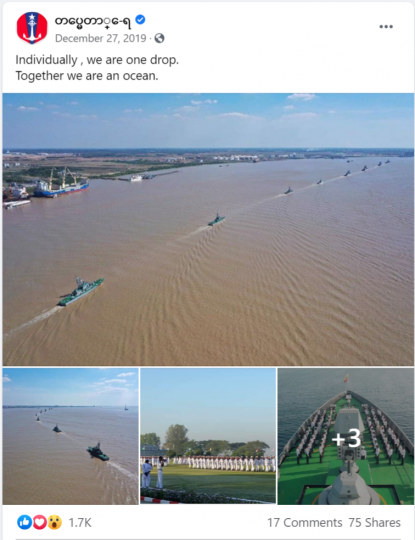 Below are screenshot comparisons of the first two photos in the misleading post (L) and the navy’s Facebook photos (R):

A third photo, which shows a weapon being fired from a ship, was also published on the Myanmar navy’s Facebook page here on October 18, 2019.

The post’s Burmese-language caption translates to English as: “Across the Bay of Bengal”.

Below is a screenshot comparison of the photos in the misleading post (L) and the navy’s photo (R):

The fourth photo, which shows several men on board a boat, was published on the navy’s Facebook page here on September 19, 2019.

Below is a screenshot comparison of the photo in the misleading post (L) and the Myanmar navy’s photo (R):

The navy’s post does not include a caption, but a near identical photo of the same boat was also published here in September 2019 in a report by the Colombo Page, a Sri Lanka online newspaper. According to the report, the photo shows missing Sri Lankan fishermen who were rescued by the Myanmar navy.