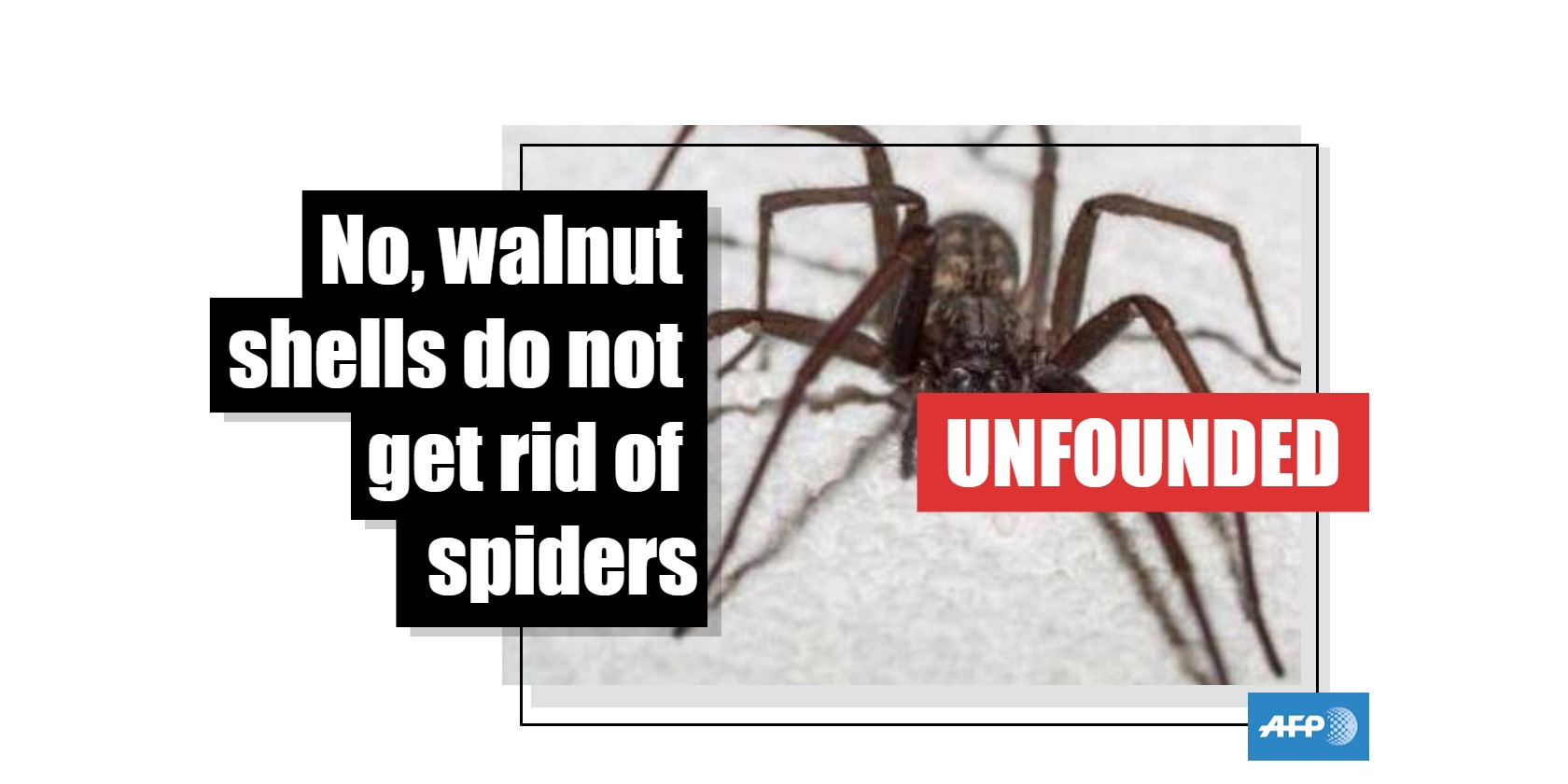 No, walnut shells do not get rid of spiders

A Facebook post claims that a chemical toxic to spiders found in walnut shells can keep arachnids away from your home. A reverse image search found the photograph used is an old meme which went viral in 2015. Researchers told AFP that the claim was phoney as most spiders cannot detect airborne odors. Scientific research shows that some spiders live in walnut trees.

This Facebook post states: “Use walnuts to get rid of spiders - Keep your home spider-free by putting out walnuts in their shell in corners, on windowsills, or where you tend to see the creepy crawlers. Walnut shells contain a chemical toxic to spiders, so they'll steer clear of them.”

A reverse image search found the meme had widely circulated online in 2015 and reappeared on social media earlier this year.

There is no scientific evidence to support the claim, according to an expert at the Burke Museum of Natural History and Culture.

“This meme is phoney, for the same reason that other similar stories are fake. Most spiders cannot detect airborne odors,” Rod Crawford, curator of arachnids at the Burke Museum told AFP.

"The same story is commonly told about osage-orange fruit, horse chestnuts, and peppermint oil, among other objects," added Crawford, who has previously debunked these other spider repellants.

A study by the University of Notre Dame found spider species living in walnut trees, indicating that all arachnids do not have an aversion to chemical toxins in their shells.

“Eight families and at least 30 species of spiders were collected from young black walnut trees in southern Illinois,” said the study, written by Daniel T. Jennings of US Forest Service.

The walnut and spider meme had been shared by accounts with more than 2.5 million followers according to data from CrowdTangle.