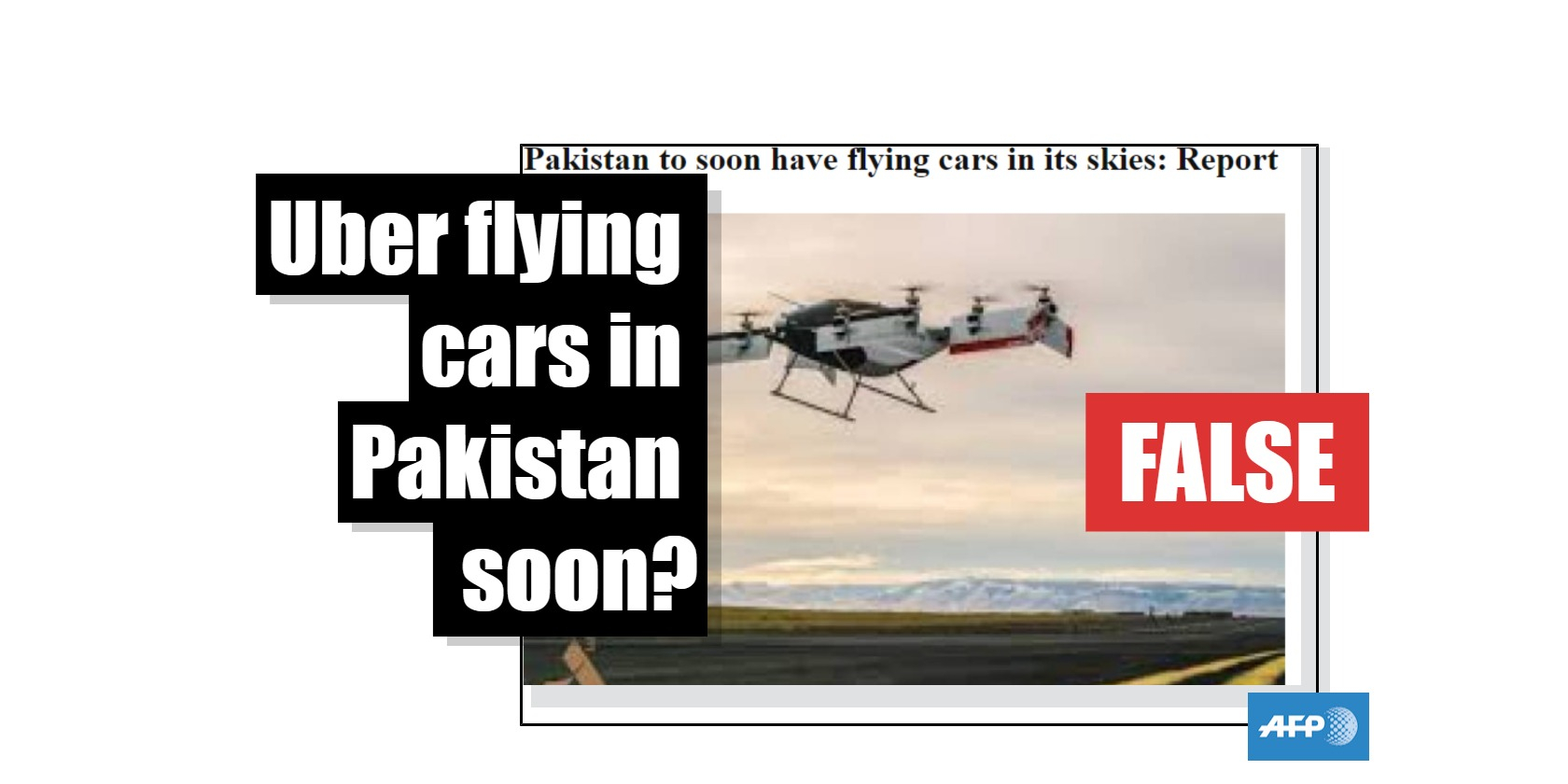 No, Pakistan will not soon have Uber flying cars in its skies

UPDATE: The Times of Islamabad report referred to at the top of the fact-check has corrected its article, citing AFP's fact-check reporting, with its headline now stating: "Pakistan will not soon have flying cars in its skies: Report". Here is their new version.

This report by the Times of Islamabad is headlined: Pakistan to soon have flying cars in its skies: Report.

“According to Uber’s Regional Manager for the Middle East and Africa Anthony Le Roux, the company is considering choosing Pakistan as a potential market for flying cars,” the Times of Islamabad report said.

“Le Roux, while talking to a local media publication here, said that: ‘In the relative time Uber would take to launch driverless cars around the world, it was more likely, we can see flying cars much sooner in Pakistan than the complicated driverless cars,’” it said.

The online portal cites another Pakistani newspaper as the source of its report. 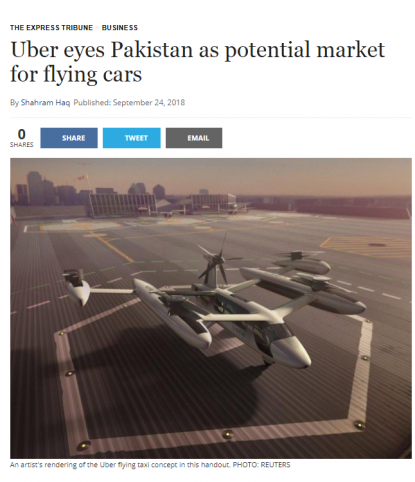 Screenshot of a Pakistan newspaper report

Uber, which operates its ride-sharing service in some Pakistani cities, said its general manager had been in Pakistan and spoken to journalists about the company’s future plans.

“The journalists took it out of context,” Shaden Abdellatif, Uber communications manager for the Middle East and North Africa told AFP.

“Nothing in Pakistan for now,” she added, referring to the company’s flying cars initiative known as “uberAIR”.

Uber aims to demonstrate the product by 2020 and have commercially available trips by 2023, she said.

“Our first two uberAIR cities are Dallas-Fort Worth and Los Angeles in the US,” Abdellatif said.

Uber is picking another international city for uberAIR and announced in August that that cities in Japan, India, Australia, Brazil and France have been shortlisted, she added.

Pakistani officials said they were unaware of any bid by Uber to launch flying cars in the country.

“We are not aware of any such plans, nor we have received any such request,” Pakistan Civil Aviation Authority spokesman Pervez George told AFP.

The Times of Islamabad report had been shared to accounts with more than half a million followers, according to CrowdTangle data. 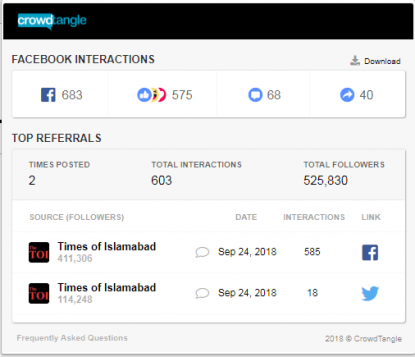