No, these are not Germans abandoning their cars in protest of high gas prices

A photo showing hundreds of drivers leaving their cars in the middle of a highway, supposedly in protest of a gas prices increase in Germany, was shared more than a million times on Facebook. The photo is real, but it depicts a traffic jam in China in 2012.

According to a caption shared alongside the image, which was posted in various languages since late 2017, the scene in the photo took place in Germany, where hundreds of citizens abandoned their cars in protest of gas price hikes in the country. 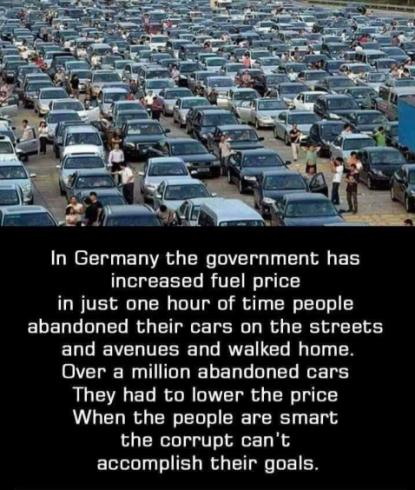 However, this story never took place. The photo of the supposed protest in Germany was taken in Shenzhen, a city in the Chinese province of Guangdong, during a massive traffic jam in 2012. The photo is available for sale on British agency Rex's website. British newspaper The Telegraph reported on the story in October 2012, using the same photo.

The photo in its original format includes road signs in Chinese characters. Furthermore, a closer look at the cars’ interior reveals that the steering wheels are on the left side of the vehicles, a standard practice in continental Chinese provinces such as Guangdong. 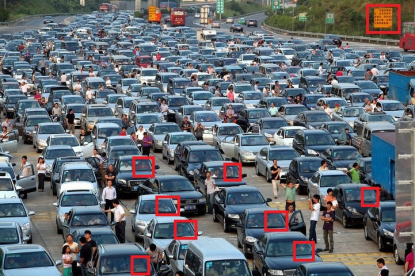 Although German citizens have protested fuel price increases in the past, the most recent protest of similar scale occurred 18 years ago, when 7,000 trucks, tractors and taxis blocked the main access routes to Berlin’s center, asking for the withdrawal of a fuel tax.

The most recent fuel-related protest in Germany took place in November 2017, in the context of the UN conference on climate change (COP23) in Bonn. Protesters at the time asked for fossil fuels to be replaced with greener sources of energy, not a decrease in gas prices.

Although gas prices have fuelled frustration in Germany in the past, the claim that hundreds of drivers abandoned their vehicles on the highway as a form of protest is false.