A video has been viewed millions of times in multiple posts on Twitter which claim it shows a woman who crashed a car while livestreaming. The claim is misleading; the video shows a car crash stunt filmed for an Australian TV show.

The video was published here on Twitter on September 5. It has been viewed been more than 46,000 times. It appears to show a driver livestreaming when her car suddenly flips over. 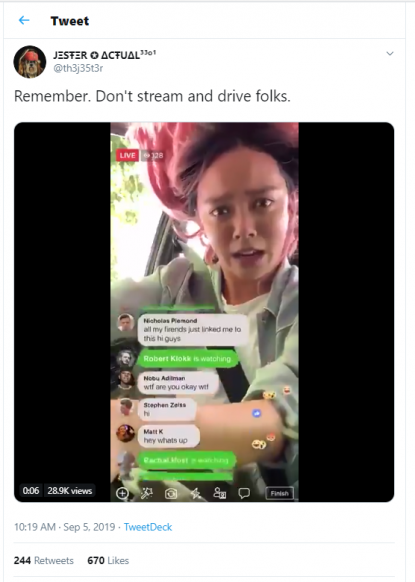 The video was also published on Twitter here, here and here alongside a similar claim. It was collectively viewed more than 5.2 million times.

Some users who retweeted the video appeared to believe the apparent accident was a case of negligent driving.

“What a fucking imbecile… Hope she loses her license for this and didn’t kill someone in the process,” reads one tweet.

Another tweet reads: “What she gets for not paying attention.”

Below are screenshots of some of the tweets posted in response to the video: 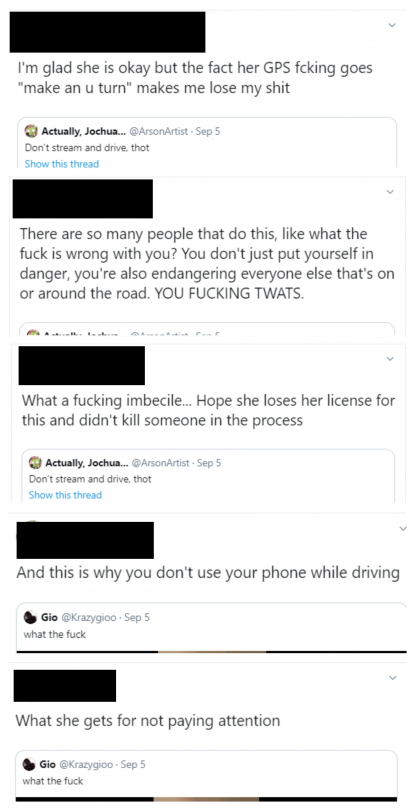 The video in fact shows a stunt which was created for an Australian TV show called Content. Here is an article about the show published by ABC News on September 9, 2019.

The clip can be seen at the six minutes 46 seconds mark here on the YouTube channel for the Australian Broadcasting Corporation. The video is embedded below.

A synopsis for the show -- which is filmed in a vertical format -- can be found here on Ludo Studio, the company which produced Content.

The synopsis states: “Australia’s first ever vertical video comedy series Content is about looking for connections in this interconnected world - all from the privacy of your own phone. Lucy is not content with her boring AF existence. But when a car crash makes her a worldwide meme her life changes course forever.”

This video report published on the YouTube channel for ABC TV on September 7, 2019, shows how the car crash stunt was staged. The report is embedded below.