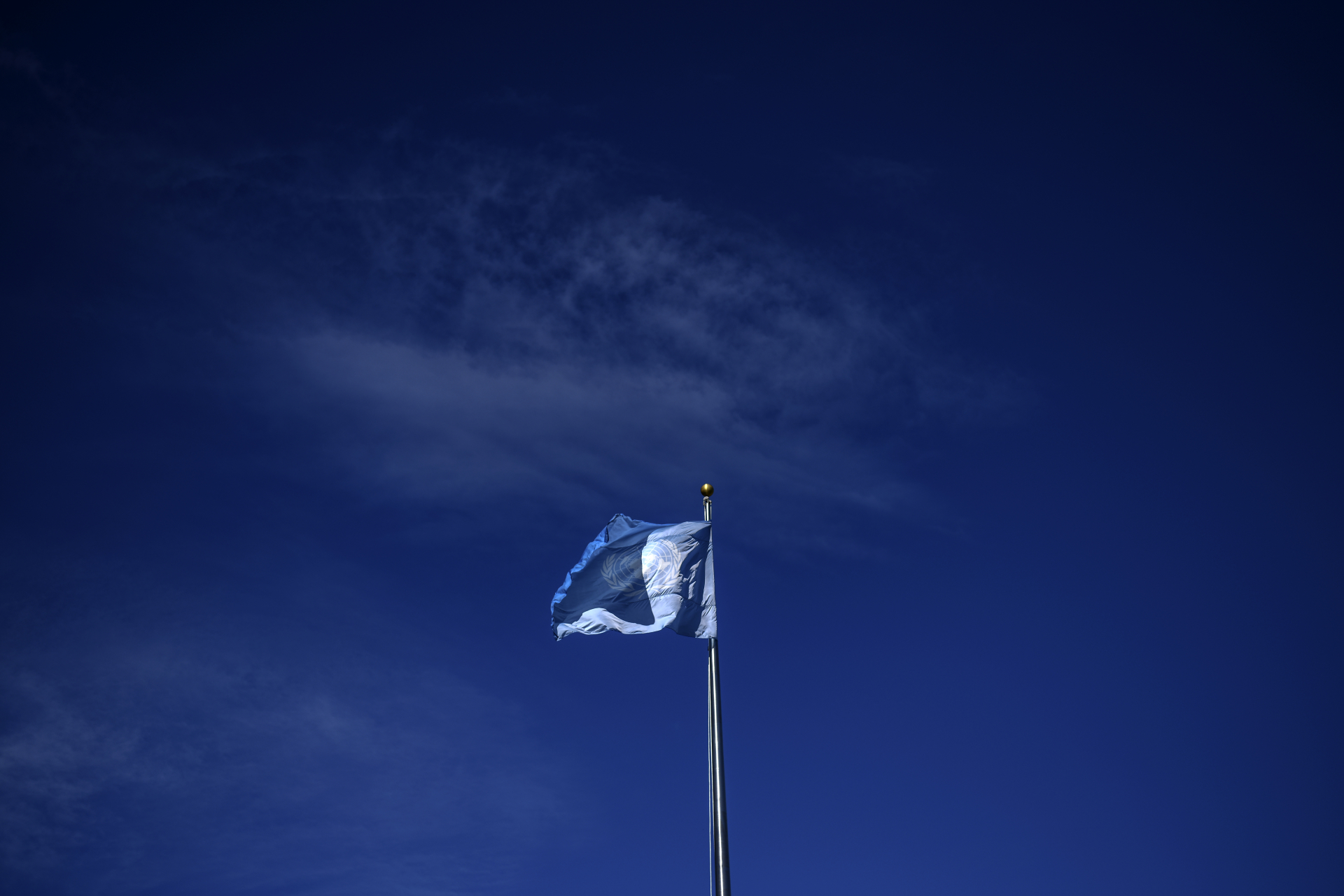 A United Nations flag is pictured at the UN headquarters in New York on September 22, 2017 (AFP / Jewel Samad)

No, a UN flag was not recently installed at a Canada-US border crossing

A photo of the United Nations flag on the Canada-US border has recently been presented as new, with many on social media suggesting that the flag was installed in preparation for a UN takeover of Canada’s border. The flag has been there “for several decades,” and the UN takeover of Canada’s border is a hoax shared in the context of the adoption of a non-binding UN migration agreement.

“Trudeau installs UN flag at border crossing as the Liberal leader prepares to cede control of our borders to the UN,” claims the caption of an Instagram post. In the photo, a bridge is lined by two visible flags, a Canadian and a UN one, and a third one, obstructed from view, presumably that of the United States. 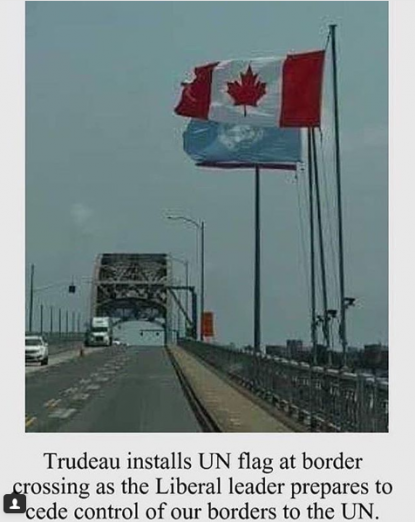 Photos and videos of the bridge have been shared many times over the past week on Twitter and Facebook, all with different captions that  suggest a Canadian loss of sovereignty to the UN in one way or another.

These claims are akin to many others made in recent months, all referring to the UN Global Compact for Migration (GCM). The GCM is a non-binding UN agreement aimed at regulating migration flows worldwide, signed in Marrakesh on December 10. It has been the subject of disinformation around the world in recent months, including suggestions that the pact will strip its signatories of their sovereignty over migration policy and that it aims to resettle 245 million migrants by 2030 (see our fact-checks here and here).

The photo of the flags at the Canada-US border is real, and was taken on the Peace Bridge, a crossing point linking the state of New York and the province of Ontario. However, the UN flag has been flown there “for many decades,” according to Ron Rienas, general manager of the Buffalo & Fort Erie Public Bridge Authority, the agency in charge of the bridge.

This Google Street View screenshot shows the UN flag flying over the Peace Bridge in July 2014. 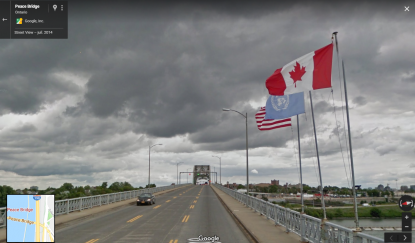 A screenshot of Google Street View taken on December 10, 2018

A Canada Post stamp from 1977 also celebrated the Peace Bridge, which symbolizes Canadian-American friendship. The three flags are prominently displayed on the stamp. 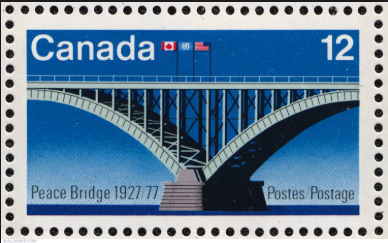 As to the purpose of the flag’s presence, “No one knows exactly, but I suspect the reason is both Canada and the United States are members of the United Nations,” Rienas told AFP. He added that “the peace bridge symbolizes peace between Canada and the US and certainly that’s one of the mandates of the UN.”

A look at the UN flag code may provide further insight. One of its provisions states that “the United Nations Flag may be displayed or otherwise used in accordance with the Flag Code by Governments, organizations and individuals to demonstrate support of the United Nations and to further its principles and purposes.”

The UN flag is displayed on the Peace Bridge, but it has been there for several decades. Canada’s participation in the UN Global Compact for Migration does not affect its sovereignty over its borders.