No, these videos do not show recent looting in South Africa

A couple of videos shared this month on Facebook purportedly show recent lootings in shops in South Africa, while the country undergoes a 21-day lockdown to minimise the spread of the novel coronavirus. However, both videos show footage of earlier looting incidents and were already circulating online last year.

One of the videos shared in a Facebook post from April 1 is captioned: “And the looting starts in South Africa.”

The 43-second video shows people running into a shop at a petrol station and grabbing items before bolting out the doors. 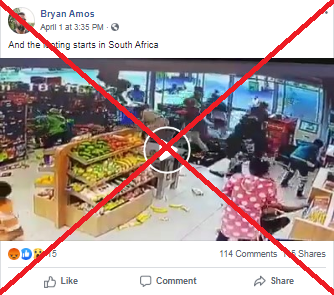 However, a Facebook search shows the video has been on the platform since at least September 4, 2019, as seen in this post.

The second video gaining traction on Facebook was posted on April 2 and it reads: “People looting shops in Cape Town suburbs ?? ~ Welcome to South Africa.” 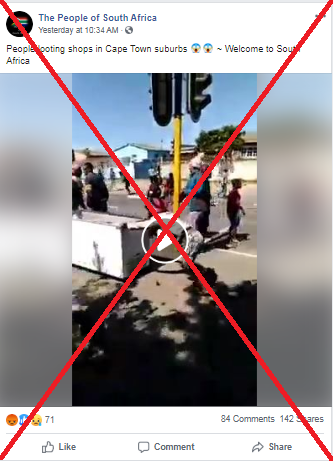 The article reports on footage shared on social media of people allegedly stealing animal carcasses from a butchery in Valhalla Park in Cape Town. 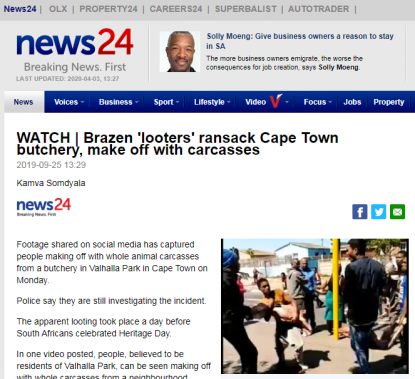 According to this report, the butchery lootings were carried out on the prompting of local gangsters in preparation for Heritage Day celebrations, when many South Africans fire up their barbecues.

Neither video is, therefore, recent.

Meanwhile, a genuine incident of looting at a liquor store in Cape Town on April 5 was reported in this Independent Online article, a few days after the misleading use of the two videos on Facebook. 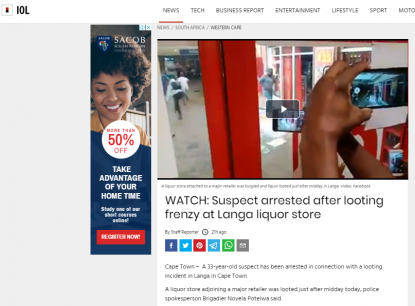 A screenshot taken on April 6, 2020 of the Independent Online article

Elsewhere, live streams viewed by tens of thousands of people on a Kenyan Facebook page also purportedly showed a looting spree in Mexico prompted by panic over the pandemic, but the footage was actually an old video played on a loop. Read AFP's debunk here.

South Africa is halfway into the 21-day lockdown that started on March 27.