No, popular actor Michael J. Fox has not died

An imposter website purporting to be Yahoo! News reported that popular actor Michael J. Fox died at the age of 57. The report is a hoax that uses made-up comments from a coroner and is aimed at luring people onto the copycat website to steal their personal data.

The false report dated August 5 said Fox, who has had a long career starring in hit American films and TV series, passed away after being admitted to a hospital in Los Angeles three days earlier.

“Tragically, Fox died at 11:24 this morning. Doctors confirmed Fox passed away peacefully and was surrounded by friends and family,” said the imposter website.

An archived, and therefore safe-to-access, version of the report is here.

The report has no factual basis.

The coroner’s office in Los Angeles told AFP on August 6 that Lucas made no such announcement about Fox.

“I believe this is a false report. Dr. Lucas did not provide any confirmation,” Sarah Ardalani, the public information officer at the LA county’s Department of Medical Examiner-Coroner, wrote in an email.

Fox also posted a tweet on his verified account on August 6, the day after he was reported dead.

Well-deserved recognition for an impressive leader. Thank you Sohini for all you do for the #Parkinsons community and @michaeljfoxorg. Keep up the amazing work. https://t.co/bLMyfdJjCo

The Michael J. Fox Foundation for Parkinson’s Research, which the actor set up in 2000 after being diagnosed with the disease nine years earlier, also made no announcement regarding his alleged death.

The copycat website, which has a web address of yahoonews-us.com, looks deceptively similar to the official page of Yahoo! News.

Google warns people the copycat website is engaging in phishing, which is a term for using deceptive practices online to gather personal information from unsuspecting people such as their passwords or bank details.

Below is a snapshot of a warning from Google that comes up when people click on the link. 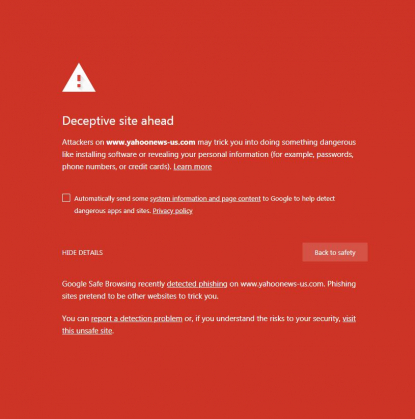 More than 230,000 people have been potentially exposed to the website in two days by sharing or interacting with the link on Facebook, according to data by social media monitoring platform Crowdtangle. 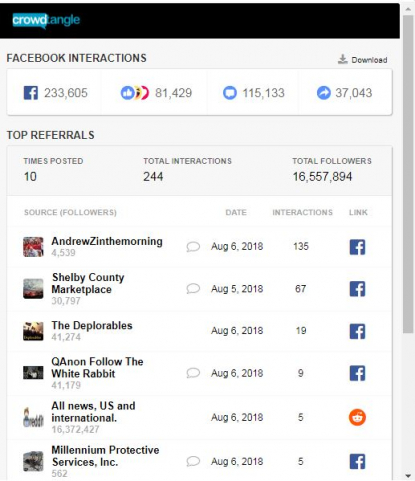