A photo has been shared scores of times in a Facebook post which claims it shows US actor Keanu Reeves stealing a camera from the paparazzi. The claim is false; the photo has circulated online for years in media reports about Reeves filming scenes for the 2012 film Generation Um.

The caption states: “He stole the paparazzi’s camera.” 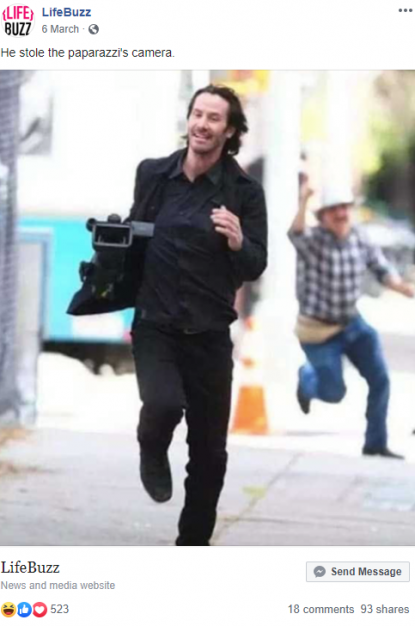 The same photo was published here on Reddit with a similar claim.

It was also shared here and here on meme websites with a similar claim.

The photo has also been shared alongside similar images of Reeves here on Facebook, here on Twitter and here on Imgur.

The claim is false; the photo has circulated online for years in media reports about Reeves filming scenes for a movie in New York.

A reverse image search found the same photo was published here by British newspaper the Daily Mail on October 7, 2010.

Reeves was the male protagonist in the 2012 film.

Below is a screenshot of the photo published on the right hand side in the Daily Mail’s report: 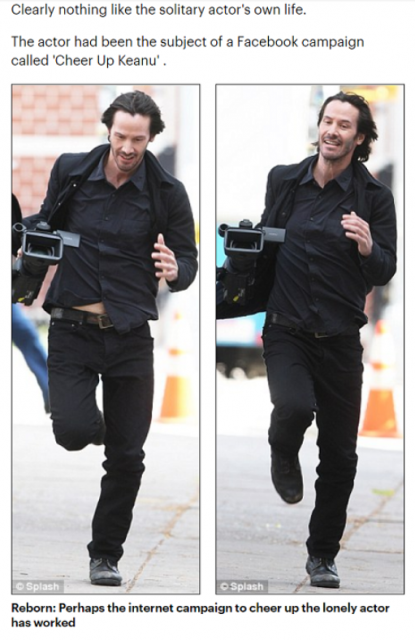 The photos were posted with credit to Splash, a Los Angeles-based entertainment news agency.

A similar photo of Reeves running with the camera on set was published by photo agency Alamy here on July 12, 2012.

Reeves’ character appears to be stealing a camera at about the 29 second mark of this official trailer of the 2012 film.