No, this is not a video showing Pakistan’s military power

The misleading Facebook post contains a four-minute video that has been viewed 11 million times and shared more than 400,000 times since it was posted August 5, 2018. 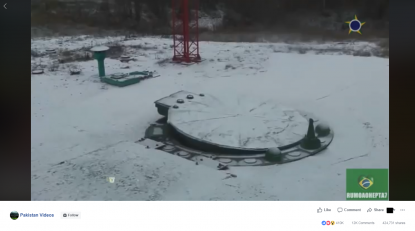 The post's caption in Urdu says: "Salute to Pak(istan) Army. Like it so much that Indian army becomes jealous. Now this is a question of you and your country's prestige."

A YouTube search found that the footage was originally posted on the Rumoaohepta7 channel -- which has more than 200,000 subscribers -- on January 6, 2018. Here is a link to the original video.

Cyrillic script can clearly be seen throughout the footage. For example, at 0:32 a red circle with "Battle Mode" written in Russian appears on screen: 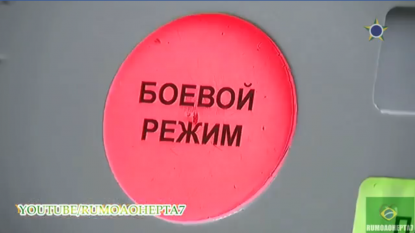 Russian words at 00:32 which translates as “Battle Mode”

At point 3:55 in the misleading footage, a plane with "Russian Air Force" written on it in Cyrillic and a five pointed red star can be clearly seen dropping bombs: 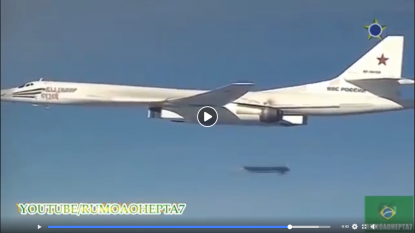 AFP has also matched sections of the footage in the misleading Facebook post with Russian media coverage of Russian military exercises and activity.

For example, the footage from 0:17 to 0:27 in the misleading post is actually video of Russia testing its RS-24 Yars missile in September 2017. The exact same footage can be seen in this Russia Today media report, and here on Sputnik's YouTube channel.

Below are screenshots from the RT video of the Yars missile and the misleading post showing the same scene:

Similarly, section 0:12 to 0:20 of the misleading footage actually depicts the first launch of Iskander-M missiles outside of Russia in June 2017 as can be seen in Sputnik news coverage here and here.

Below are screenshots from the Sputnik video and the misleading footage showing the exact same scene:

And section 1:45 to 1:52 of the misleading footage shows the September 2017 launch of Caliber cruise missiles from the Russian frigate Admiral Essen, as seen in RBC coverage here.

The credit under the RBC photo in the RBC news report says: "Russian Ministry of Defence/ RIA Novosti" in Russian.

Here is a comparison of images from the RBC story and from the misleading video: