No, this is not a photo of Gandhi flirting with his girlfriend

An image shared by a Facebook page purports to show Indian independence leader Mahatma Gandhi smiling as he touches noses with a young woman. The picture is a doctored copy of a 1946 Associated Press photograph taken during Gandhi's talks with the man who would become India’s first prime minister, Jawaharlal Nehru.

The black-and-white image was posted on January 15 by a Facebook page with more than 11,000 followers. It is a close-up shot that appears to show a topless Gandhi face-to-face with an attractive woman in profile, who is also smiling. 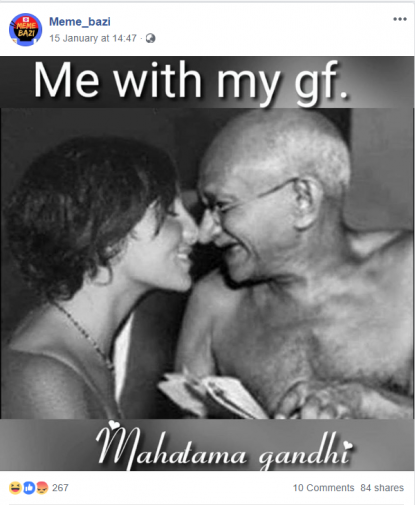 There are typed words above and below the photograph saying “Me with my gf”, short for girlfriend, and “Mahatma gandhi”.

The doctored image has been shared repeatedly since at least 2015, for example here and here, and has been posted in multiple languages, including Spanish and Indonesian.

A reverse image search found the photograph had been doctored. The original picture, widely used in online reports including by the BBC and the New York Times, shows Gandhi -- in exactly the same position -- laughing with Nehru at a meeting in Bombay, now known as Mumbai.

The picture was taken by Max Desfor, an American Pulitzer Prize-winning photographer who worked for the Associated Press.

Here is the image in the news agency's online image database.

The picture's caption says: “A bespectacled Mohandas Gandhi, the Mahatma, who eventually led India to its independence, laughs with the man who was to be the nation's first prime minister, Jawaharlal Nehru, at the All-India Congress committee meeting in Bombay, India, on July 6, 1946." 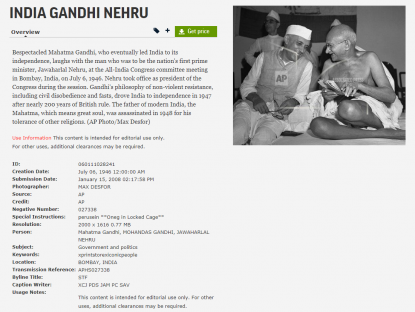 A comparison of the misleading Facebook post and the original AP image shows that the part of the photograph containing Gandhi’s face has been edited together with a closely cropped picture of a smiling woman.

Part of Nehru’s white sleeve is also visible next to the woman’s neck in the doctored image. 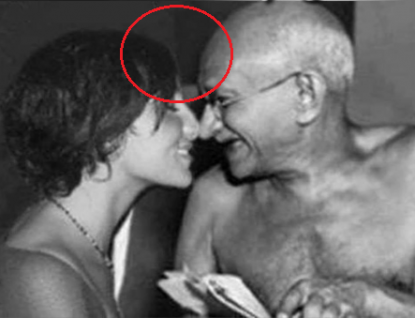 Some of the comments on Meme_bazi’s post say the image is disrespectful, but the owner of the page has replied to them saying the picture shows India’s “real history”. 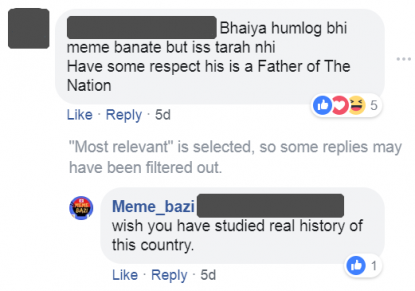 Screenshot of the skeptical comment towards the image and Meme_bazi's reply

Desfor won the Pulitzer Prize for photography in 1951 for his photographic coverage of the Korean war, the prize's website says. He died in February 2018 aged 104, according to the AP.