No, this is not a photo of Christians killed by Muslim terrorists in Nigeria

A graphic photograph has been repeatedly shared on Facebook alongside claims that it shows the charred bodies of Christians killed by Muslim terrorist groups in Nigeria. The image actually shows the victims of an oil tanker explosion in the Democratic Republic of Congo in 2010.

The photograph was posted on December 31, 2018, on an Indian Facebook group with more than 6,000 followers that shares anti-Congress content. The Congress Party is the main political opposition to the ruling Hindu nationalist Bharatiya Janata Party.

Here is an archived version of the post, which contains a graphic image of dead bodies.

The photograph shows badly burned bodies lined up on the floor outside a building.

The post has a caption saying: “In Africa Christian and muslim war started many muslim terrorist groups like boko haram they abduct whole village and school girls to covert them in islam and they who ever says NO they kill and burn them chanting allah o akbar.”

The text across the top of the image says: “Next time you try to excuse Muslim behavior, remember this image. THIS IS ISLAM.”

At the bottom of the image it says: “Dead Christians after Muslim riot in Nigeria.”

Here is a screenshot of the misleading Facebook post. AFP has blacked out the section of the image showing dead bodies: 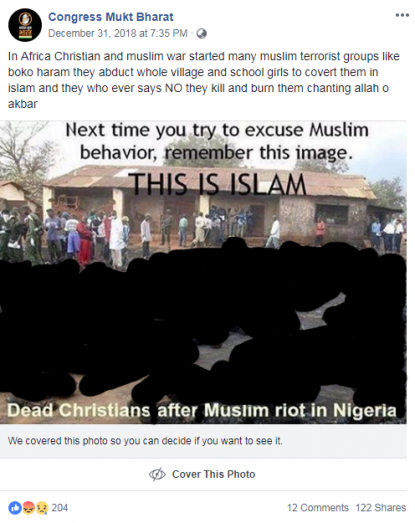 The photograph is actually of an oil tanker explosion in the Democratic Republic of Congo in 2010, which killed 235 people.

The graphic image has previously been fact checked by AFP. It was also used in a November 20, 2018 Facebook post in Hindi which claimed the image showed the charred bodies of people after a train was attacked and set on fire in India in 2002. 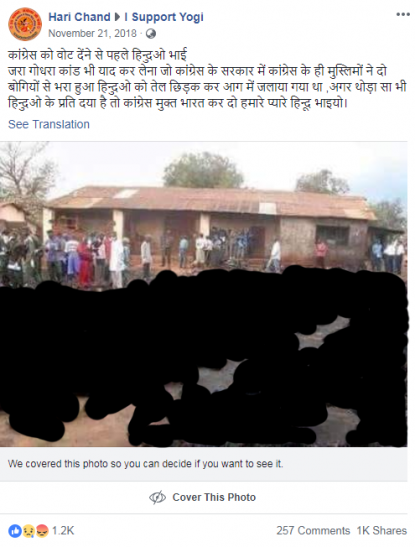 Photographs of the DR Congo incident, which are very graphic, can be seen in this Afrik.com report.

AFP’s original fact-check found the image used in both the November 20 and the December 31, 2018 misleading Facebook posts clearly depicts the incident in the DRC due to a series of identifying markers.

Both the misleading image and the Afrik.com image of the DRC disaster have the same structure in the background, with a distinctive brown door, white pillars and a rectangular window on the far right hand side circled.

Here is a side by side comparison: 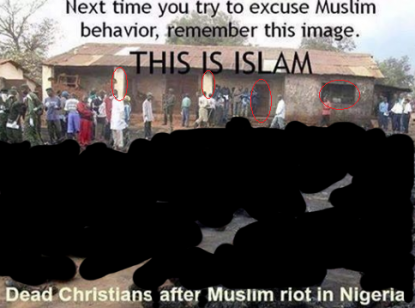 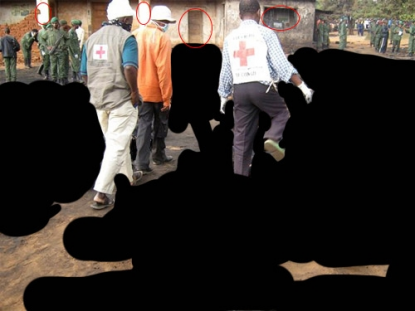 The DRC oil tanker truck explosion was widely reported at the time, for example here by Al Jazeera and here by CNN, both showing the similar scene of the misleading posts.

AFP also covered the incident but took a photo of bodies in a different angle and covered with plastic sheets. 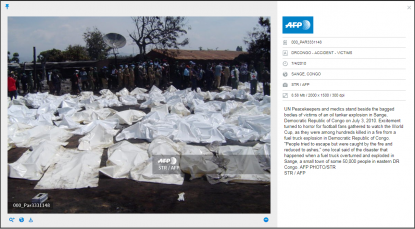