No, a morgue worker did not give birth to a dead man’s baby

An article claiming that a morgue worker was arrested after giving birth to a dead man's baby has been taken seriously by some social media users. However, the article was taken from a website which describes itself as satirical and whose slogan is “where facts don’t matter”. The website says in a disclaimer that all of the characters described in its articles are fictional.

The article on World News Daily Report, which we’ve archived here, named the woman as Jennifer Burrows, a 26-year-old from Kansas City in the United States. 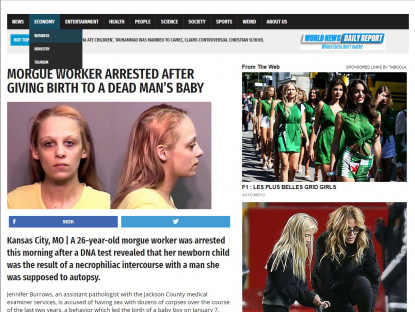 Screenshot taken on May 30, 2019 of World News Daily Report website

Some comments posted alongside the link on social media implied that people believed it was a true story. 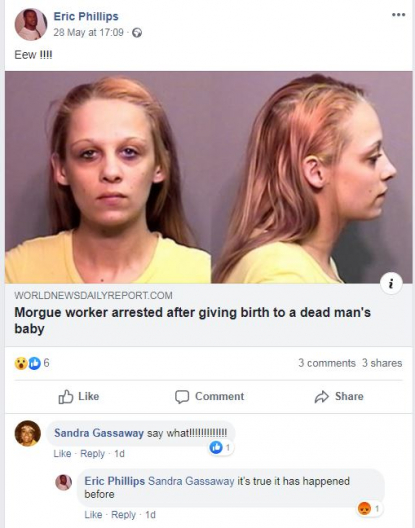 Other versions of the tale have also popped up, including a screenshot bearing the same photos. 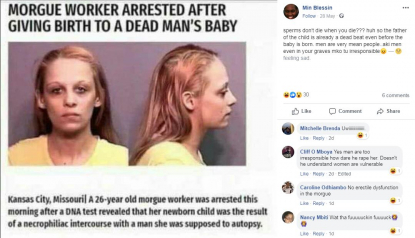 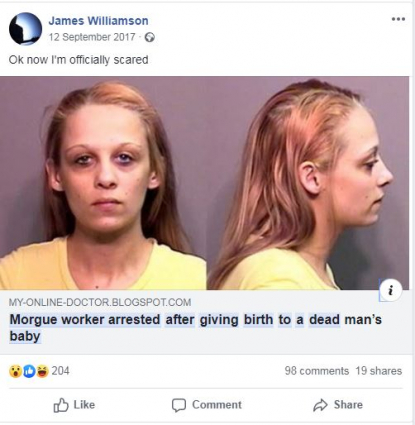 The website which published the original article, World News Daily Report, describes itself as satirical. It has a disclaimer at the bottom of the page warning readers that its content is purely fictional.

“World News Daily Report assumes all responsibility for the satirical nature of its articles and for the fictional nature of their content. All characters appearing in the articles in this website -- even those based on real people -- are entirely fictional and any resemblance between them and any person, living, dead or undead, is purely a miracle,” the disclaimer reads. 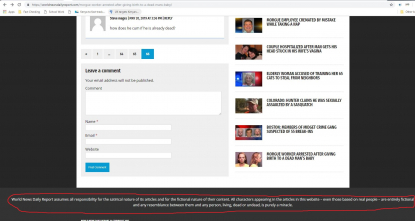 Screenshot taken on May 30, 2019 of the disclaimer on the World News Daily Report website

The site also bears the tagline ‘where facts don’t matter’. 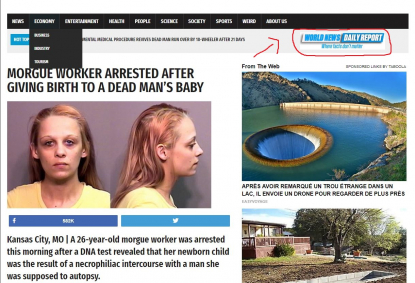 Screenshot taken on May 30 2019, of World News Daily Report's tagline

As for the woman whose photographs appear in the article, a reverse image search showed that they appeared in local news reports from Boone County in the US state of Missouri in 2013. The reports named the woman as Kayla Schumaker and stated that she was arrested for possession of prescription drugs that were not for her. 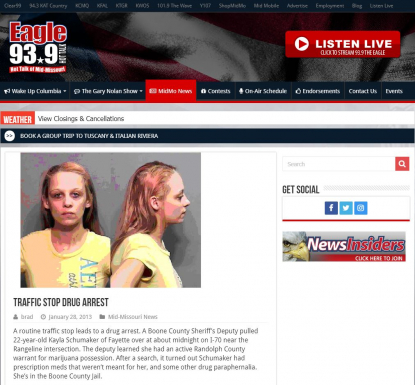 There have been cases of men's sperm being procured after death in order to leave their widows with the possibility of bearing their child -- a process known as postmorterm sperm retrieval.

Medical studies suggest the process must take place within 36 hours for there to be any chance of pregnancy. In vitro fertilisation (IVF) is used to impregnate the woman.

There is no truth at all to the claim that a woman named Jennifer Burrows was arrested for sleeping with dozens of corpses, eventually leading to a pregnancy.