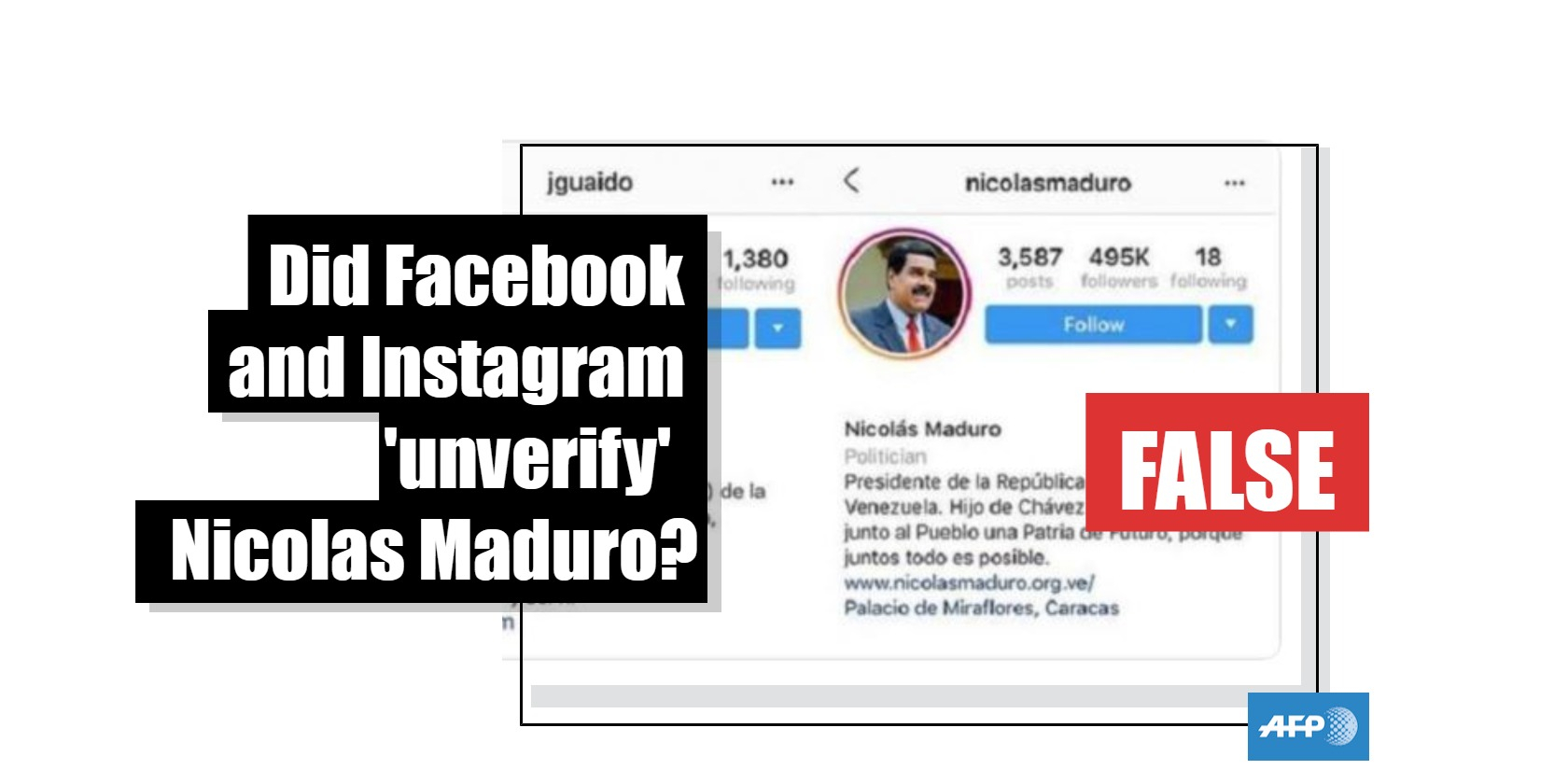 Several news organizations and individuals, in multiple languages, claimed that Facebook and Instagram had "unverified" Venezuelan President Nicolas Maduro's accounts on January 23 and given "verified" check marks to those of National Assembly head Juan Guaido, after he declared himself interim president of the oil-rich but economically devastated country. This is false: Maduro was never certified on those platforms, and Guaido was already certified before Wednesday, according to an AFP investigation confirmed by an Instagram spokesperson.

Shortly after Guaido proclaimed himself “acting president,” messages were widely shared, particularly in Spanish, noting the withdrawal of Maduro’s certification. 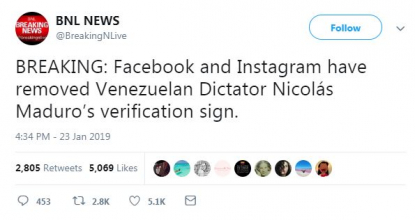 Many users believed the news and it was picked up by major Spanish-language media such as Colombian television channel RCN. 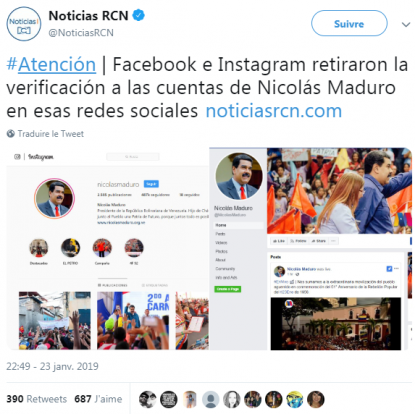 The information was also shared in English and Portuguese. It was, for example, amplified by Glenn Greenwald, the journalist behind revelations about the NSA, who took to Twitter to ironically (but mistakenly) accuse Facebook of “patriotically following Trump administration pronouncements.”

The information could also be found on French sites such as Loop Haïti, and also on Facebook pages including L'Obs.

A verification that never existed

In reality, Maduro’s verification could not have been withdrawn because his Instagram and Facebook pages were not verified in the first place.

Thanks to the internet archive tool the Wayback Machine, a site that allows users to view older versions of web pages, it’s possible to see that Maduro’s Instagram account was not verified as far back as October 6, 2017. This is also seen through a Google Images search. 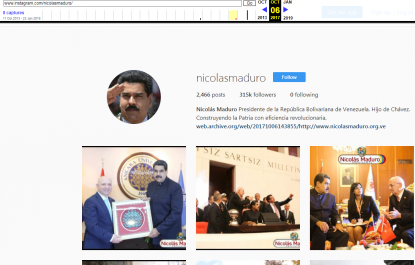 A screenshot taken on January 24, 2019 of the Internet Archive record of Nicolas Maduro's Instagram page on October 6, 2017

The situation is the same for Facebook: Maduro was not verified, as seen in this screenshot from January 22, 2019. 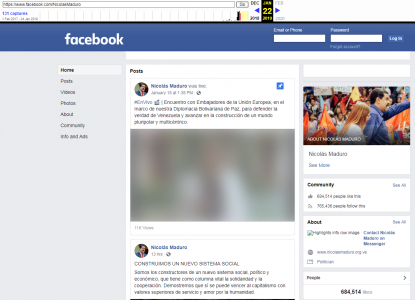 A screenshot taken on January 24, 2019 of the Internet Archive record of Nicolas Maduro's Facebook page on January 22, 2019

This screenshot of past tweets, dating from 2016 and 2017, also shows that Maduro was not verified on Facebook. 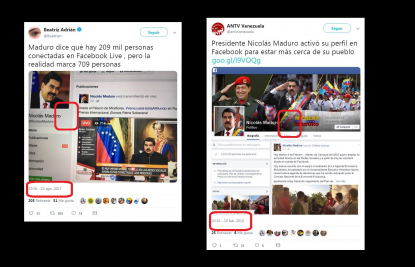 The result of a Google Images search is the same.