A Facebook post said a member of Indonesia’s military won gold competing in the 10,000m run at the 2018 Asian Games in Jakarta. The soldier did not compete in that event, which was won by Bahrain’s Hassan Chani.

The post also features what appear to be images of Prayogo taking a victory lap following a race. 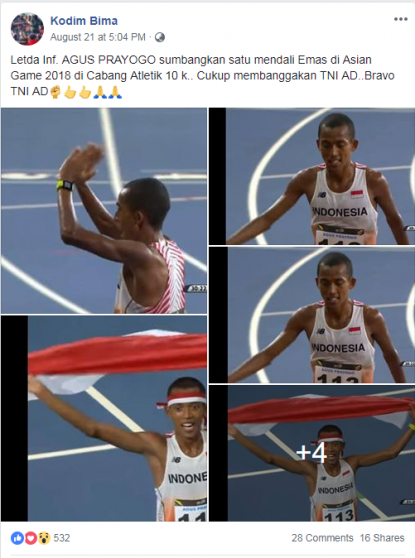 Prayogo did not compete in the 10,000-metres at the Games, according to official records that listed Chani as the winner.

Prayogo ran in the men’s marathon, which he did not finish, according to the official website.

No Indonesian won gold in athletics at the 2018 Games, which were co-hosted by Jakarta and Palembang on Sumatra island.

Images in the original Facebook post appear to be screenshots taken from footage of Prayogo winning the 10,000 metre run at the 2017 Southeast Asian Games.

Below is a screenshot of the 2017 video that matches with one in the false report. 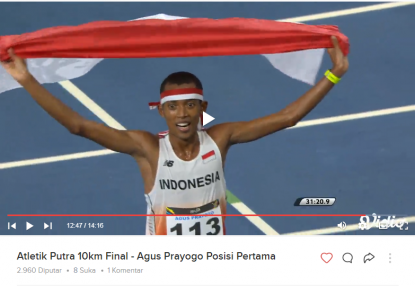