Nazi soldiers shooting a baby: the picture is from a film

A black and white image shared since 2014 purports to show two Nazi soldiers in the moment before they shot a baby. The photo was not in fact taken during World War II, but shows a scene from the 2011 movie “Auschwitz” that has been turned into a black and white image.

A Facebook post from January 28 shows the black and white image accompanied by the caption: “A little Jewish boy ready to be killed by two Nazi soldiers. NEVER AGAIN.”

The Nazis killed approximately six million Jews during the Holocaust. The exact number will never be known, but that figure is based on scholarly estimates in the decades that followed the 1939-45 war. 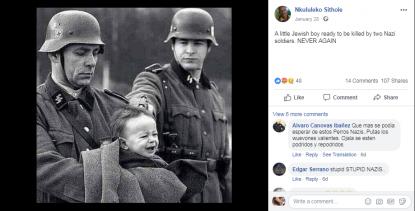 A reverse image search using TinEye reveals 77 results for the photo, with a couple of memes appearing as early as December 2013. 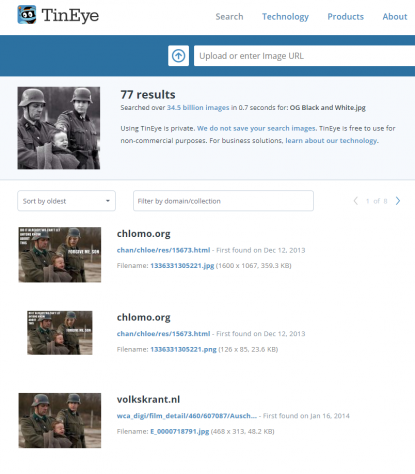 A screenshot of the reverse image search on TinEye captured on February 5, 2019

In 2014 the black and white version began appearing, including on social media posts like this one and this one using it as an argument for tighter gun laws. 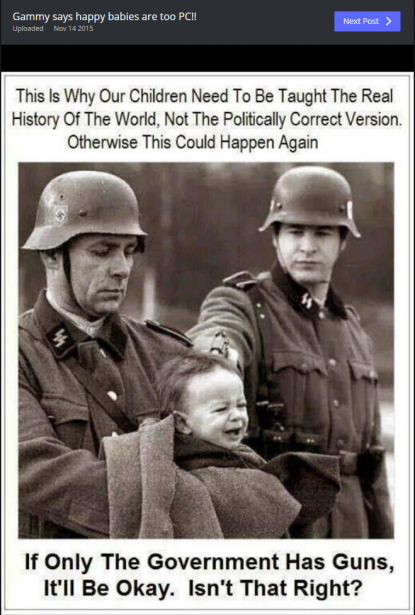 The image was actually taken from the German movie "Auschwitz" released in 2011, which depicts the brutal living conditions in the concentration camp in Nazi-occupied Poland. You can see the scene in the clip below.