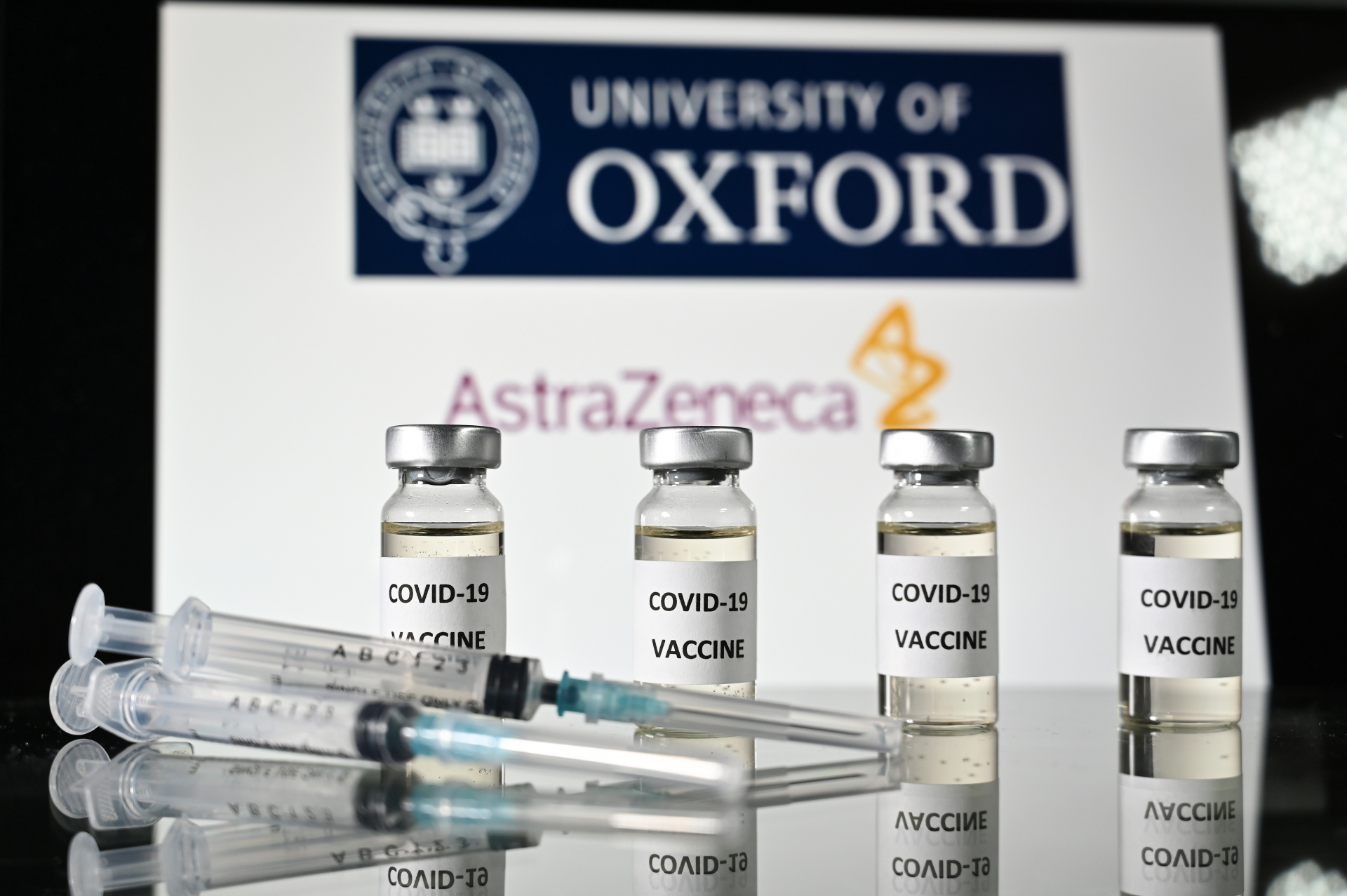 An illustration picture shows vials with Covid-19 Vaccine stickers attached and syringes, with the logo of the University of Oxford and its partner British pharmaceutical company AstraZeneca, on November 17, 2020. (Photo by JUSTIN TALLIS / AFP)

A video has been viewed hundreds of thousands of times in multiple posts on Facebook which claim it shows that the AstraZeneca/Oxford Covid-19 vaccine contains MRC-5 cells originally taken from an aborted human foetus. The claim is misleading: the AstraZeneca/Oxford vaccine does not contain MRC-5 cells, according to the Oxford Vaccine Group, which is working with AstraZeneca to create the vaccine. It did use a cell-line originally cultivated from a different aborted foetus during its development but they are not in the final product.

The five-minute video was shared to a New Zealand-based Facebook group here.

A screenshot of the misleading claim, taken December 4, 2020.

The clip’s narrator can be heard commenting on packaging of what appears to be the AstraZeneca/Oxford Covid-19 vaccine.

She appears to Google various terms that appear on the packaging, including the term “ChAdOx1-S”, as she speaks.

The video then cuts to what appears to be a research page before the narrator focuses on a part which states: “ChAdOx1 nCoV-19 genome in MRC-5 and A549 cell lines”.

The narrator then locates a Wikipedia page for the human foetal cell culture known as “MRC-5” and states: “This COVID-19 vaccine that everybody is saying going to save the world has a truckload of shit in it, but one thing it definitely has is the lung tissue of a 14-week old aborted caucasian male foetus.”

MRC-5 was derived from the lung tissue of an aborted foetus in the 1960s. The cell-line has been used by researchers for cultivating the weakened virus components for vaccines like chickenpox, shingles and MMR vaccines.

“The abortions were legal and agreed to by the mothers, but they were not performed for the purpose of vaccine development,” The Oxford Vaccine Group states here.

The video has also been shared in posts in multiple languages including Arabic, Czech and Russian. It has been viewed more than 200,000 times alongside a similar claim.

The claim is misleading -- the vaccine does not contain MRC-5 cells.

A spokesperson for the Oxford Vaccine Group, which is working with AstraZeneca to create the Covid-19 vaccine featured in the video, told AFP in the development on the vaccine they used HEK-293 cells, not MRC-5 cells.

HEK-293 is a cell line that has been replicated in a lab in order to cultivate the active ingredient (weakened virus) during the development and testing of vaccines.

The cells “are clones of those original cells, but are not themselves the cells of aborted babies,” the Oxford Vaccine Group spokesperson told AFP in an email.

It is misleading to claim that human material "definitely" ends up in the vaccines that use cell lines cultivated from foetuses, the Oxford Vaccine Centre explains here.

“After they [weakened virus/active ingredients] are grown [in the cells], the viruses are purified several times to remove the cell culture material. This makes it unlikely that any human material remains in the final vaccine,” the website states.

A Google search for the abstract featured in the section of the video where the narrator claims MRC-5 is an ingredient in the AstraZeneca/Oxford vaccine found a University of Bristol study published on a preprint academic journal website here.

The study tested the efficacy of the AstraZeneca/Oxford vaccine formerly known as ChAdOx1 nCoV-19 (now AZD1222) using a copy of an MRC-5 cell.

The Facebook video has falsely conflated the use of MRC-5 cells in the University of Bristol study with the ingredients of the AstraZeneca/Oxford vaccine.

A comparison of the study and the page referred to in the Facebook video, in another version of the video posted to a Czech video website can be seen here.

A screenshot comparison between the University of Bristol Study and the Facebook video uploaded at a different angle, taken December 7, 2020.

Fact checkers from AFP have also debunked the claims in Czech here.