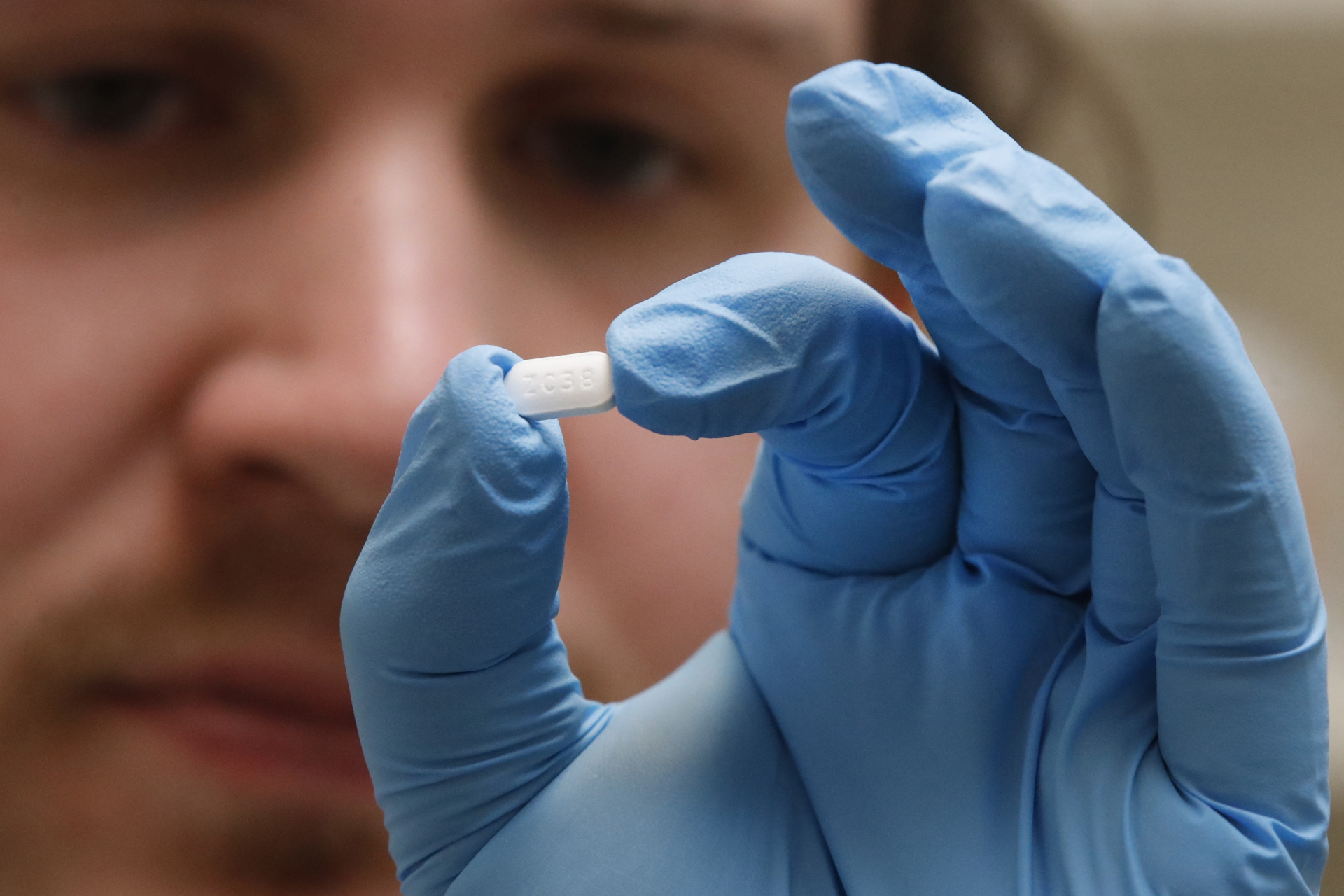 A pharmacy tech holds a pill of Hydroxychloroquine at Rock Canyon Pharmacy in Provo, Utah, on May 20, 2020. - US President Donald Trump announced May 18 he has been taking hydroxychloroquine for almost two weeks as a preventative measure against COVID-19. (AFP / George Frey)

Facebook posts shared around the world, including by US conservative website Gateway Pundit and an Australian politician, claim the American Journal of Medicine endorsed hydroxychloroquine as a Covid-19 treatment. This is misleading; the journal published a study assessing the drug as a potential treatment for the disease, but this was not equivalent to recommending it, the editor-in-chief said. 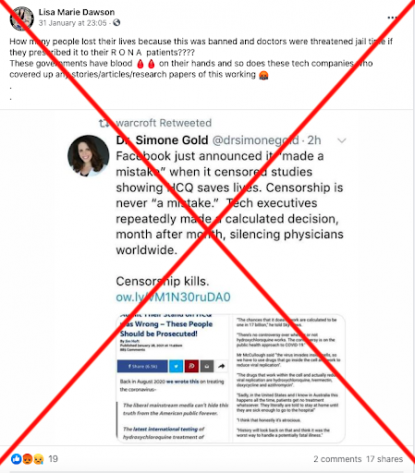 “How many people lost their lives because this was banned and doctors were threatened jail time if they prescribed to their...patients????” the caption reads in part.

The post shares a screenshot of a tweet from Dr. Simone Gold, a founder of a US-based group America’s Frontline Doctors, which has promoted misinformation about hydroxychloroquine during the pandemic.

AFP Fact Check has previously debunked some of their claims, including a video endorsing hydroxychloroquine which was shared in a tweet by former US president Donald Trump before being removed by Twitter.

Dr. Gold’s tweet includes two screenshots: the left-hand one was taken from an article by US conservative website Gateway Pundit about a study published in the American Journal of Medicine (AJM) assessing the benefits of hydroxychloroquine.

The article headline reads: “After 440,000 Americans are Dead – Facebook and American Journal of Medicine Admit Their Stand on HCQ was Wrong — These People Should be Prosecuted!"

The report claims that Facebook admitted it was “wrong” to delete a post which promoted the drug as a Covid-19 cure.

The screenshot of Dr. Gold’s tweet has circulated in Facebook posts including here, here and here alongside a similar claim, while the Gateway Pundit article has been shared around the world, including in the US and Australia.

The article was also shared by Australian Parliamentarian, Craig Kelly, who was rebuked by Prime Minister Scott Morrison in February 2021 for spreading misinformation on social media.

The claims in the posts and the headline of the Gateway Pundit article are misleading.

The Gateway Pundit article referenced this study by researchers from Baylor University Medical Centre in Texas published in the AJM in August 2020.

The study recommended the use of hydroxychloroquine as a treatment for Covid-19. “When started earlier in the hospital course, for progressively longer durations and in outpatients, antimalarials may reduce the progression of disease, prevent hospitalization, and are associated with reduced mortality,” it said.

However, an AJM spokesperson said the journal had not endorsed hydroxychloroquine as a treatment for Covid-19.

Contacted by AFP, the spokesperson said in an email on February 6, 2021 that the recommendation of the study promoting hydroxychloroquine is “still being debated”.

“The AJM has also published material opposing the use of this drug for Covid patients”, they said, providing this article published in the journal as an example.

The spokesperson also referred AFP to this Newsweek article in which the journal's editor-in-chief, Dr. Joseph S Alpert explained its position on the anti-malarial drug.

"This article does not mean the journal recommended this therapy. The authors recommended it just as others recommend other interventions. We just publish their findings and recommendations,” he said.

“We have also published articles from other authorities that said don't use it [HCQ treatment],” he said. “This is still controversial with two sides saying different things. Often we have editorials that dispute the article's recommendations. We are a scientific journal and do not push or recommend any specific thing. The authors do that.”

The misleading posts also claim that Facebook had admitted it was “mistake” to demote and delete posts promoting hydroxychloroquine as a Covid-19 remedy.

In response to the claim, a spokesperson for Facebook’s Oversight Board said it was a “mischaracterisation of our review and the decision”. “This [decision] relates to a specific post, referred to the Oversight Board by Facebook, following their decision to remove the post for violating their misinformation and imminent harm rule,” the spokesperson said in a February 3 email.

The specific Facebook post shared by a French user criticised France’s health product regulator for failing to authorise hydroxychloroquine as a treatment, according to details provided in the Oversight Board decision. “The user’s post also questioned what society had to lose by allowing doctors to prescribe in an emergency a ‘harmless drug’ when the first symptoms of COVID-19 appear,” the decision reads.

On January 28, 2021, the Facebook Oversight Board reversed Facebook’s ruling to take the content down on the basis that the post did not contribute “to the risk of imminent… physical harm” as was originally claimed by Facebook’s moderators.