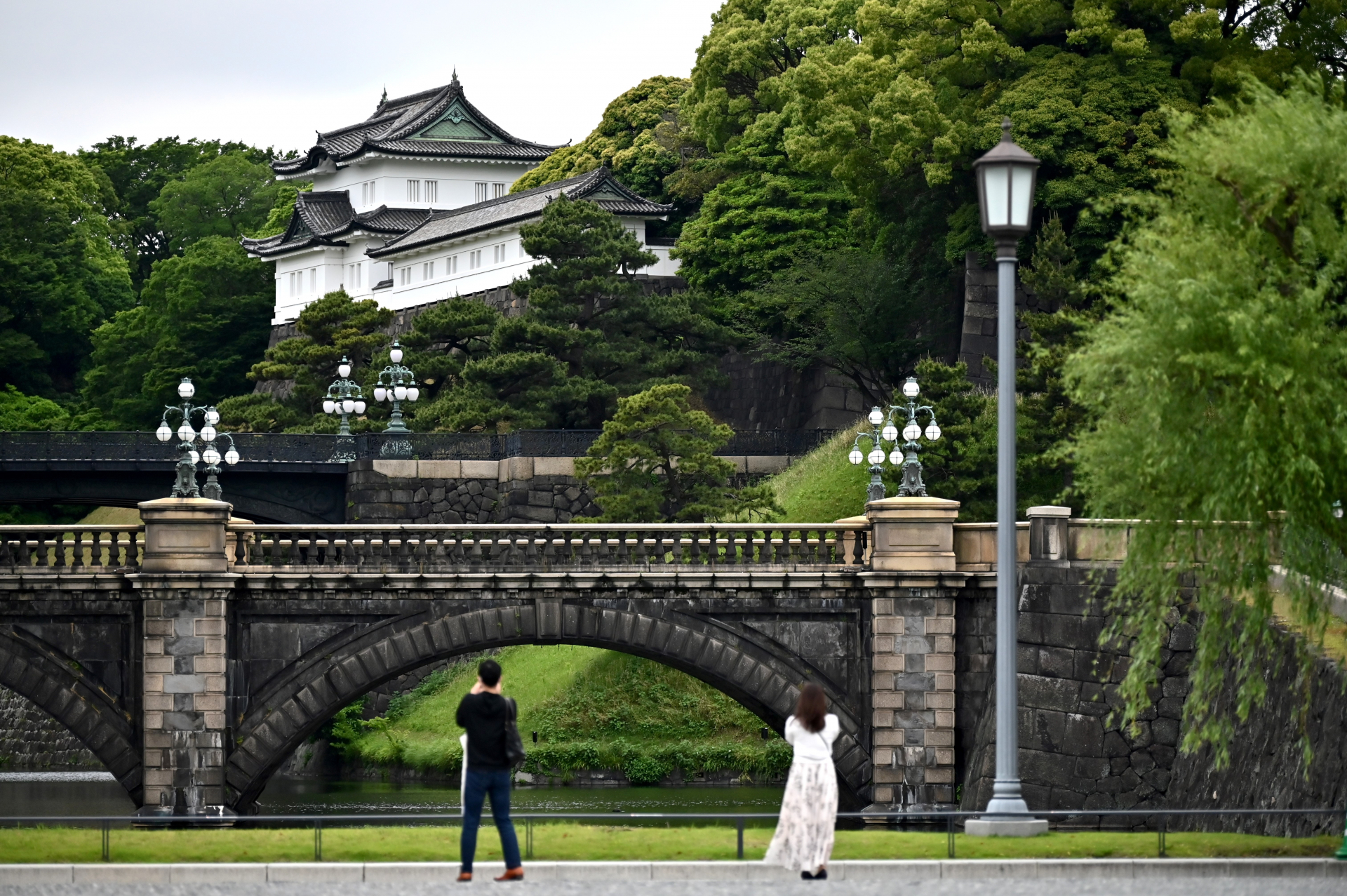 People take pictures of the Imperial Palace, a popular tourist destination, in Tokyo on May 20, 2020. (AFP / Charly Triballeau)

Multiple online articles and social media posts published in May 2020 claim the Japanese government is set to subsidise trips for foreign tourists visiting the country by up to half of the cost after it lifts its coronavirus lockdown. The claim is misleading; on May 27, 2020, the Japanese government clarified the plan will only apply to Japanese residents making domestic travel, adding the details of the policy are still being finalised.

The claim was published here in an article by a Malaysian travel site on May 27, 2020.

The first few paragraphs read: “Under a bold tourism plan to lure visitors back to Japan, the government has launched a new campaign that will help offset travel costs for visiting tourists. The head of the Japan Tourism Agency said the $18.2 billion plan hopes to attract foreigners by offering to subsidise half of their travel expenses.

“While little detail of the program has been announced, the government says it could be in place as early as July (despite travel bans to Japan still in place).

“The announcement follows Japanese Prime Minister Shinzo Abe lifting the state of emergency in Tokyo and four other areas where it was still in place.” 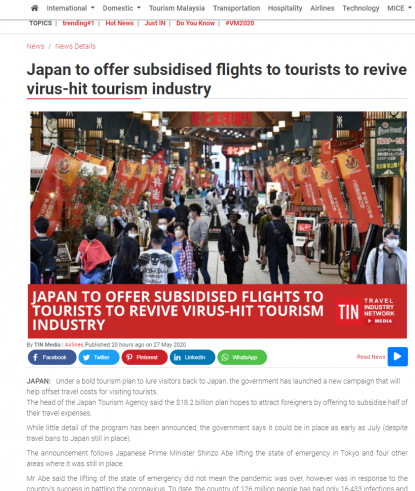 The travel site also published the article on Facebook here on May 27, 2020.

The Japanese government clarified the subsidies plans after the misinformation circulated worldwide, emphasising that the proposal would only apply to domestic travel.

The Ministry of Land, Infrastructure, Transport and Tourism published this statement on May 27, 2020 saying that “incorrect information” had been published by the media about the Japanese government’s proposed “Go To Travel” plan.

Part of the statement translates to English as: “To speak accurately, the Go To Travel campaign is being considered by the Japanese government to revive domestic travel within Japan by providing Japanese residents support for costs associated with accommodation and travel.”

The Japanese Tourism Agency also published tweets here and here on May 27, 2020, denying the claims.

A screenshot of the tweets published by the Japan Tourism Agency on May 27, 2020

The tweets state: “Regarding reports by some news outlets that “The Japanese government is considering a campaign to help foreign tourists visiting Japan by offering support for half of their travel expenses”, please note that the Go to Travel Campaign under consideration by the Japanese government is to stimulate domestic travel demand within Japan after the Covid-19 pandemic and only cover a portion of domestic travel expenses.”

AFP found that many of the misleading reports referenced this May 21, 2020 article by Japanese newspaper The Japan Times as their source, but failed to accurately reflect the details in the article. 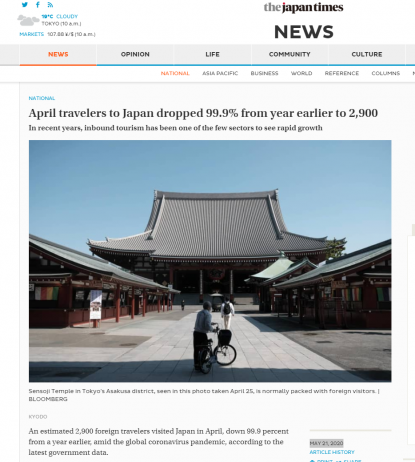 A screenshot of The Japan Times article taken on May 28, 2020

The report states the government announced it would consider a tourism subsidy plan with the aim to “boost domestic tourism”. The report makes no reference to international tourists.

It states, in part: “The government is seeking to boost domestic tourism by subsidizing a portion of travel expenses once the coronavirus outbreak is brought under control.