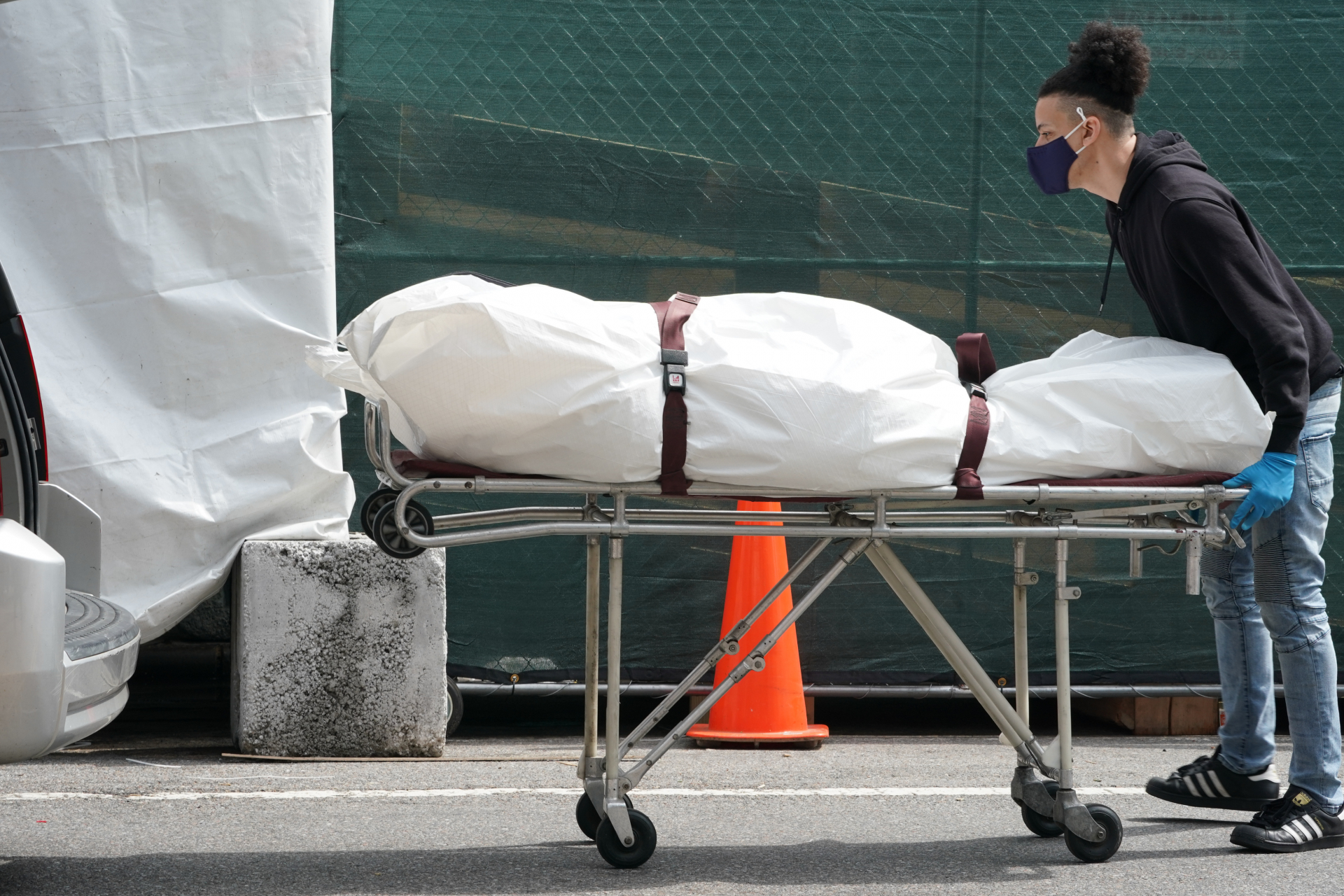 A body is moved from a refrigeration truck serving as a temporary morgue to a vehicle at the Brooklyn Hospital Center on April 8, 2020 in New York. (AFP / Bryan R. Smith)

Multiple posts shared repeatedly on Facebook and Twitter claim that seven countries, including the United States, Spain, Italy and the United Kingdom, have "survival rates" of more than 99.9 percent for people who contract the novel coronavirus. The claim is misleading; as of May 2020, several medical experts said global COVID-19 survival rates remain unknown for various reasons.

"Maybe if we look at it this way, we’d realize the panic is out of control.” 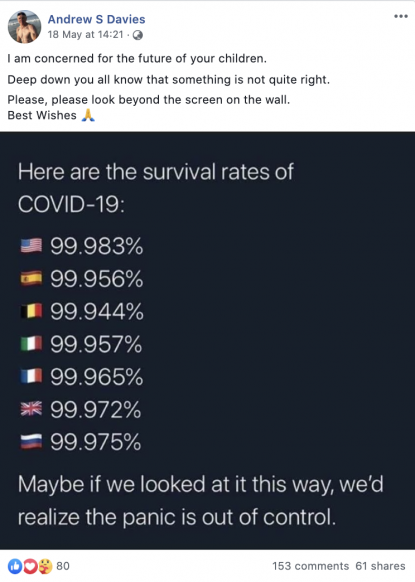 Nilanjan Chatterjee, a biostatistics professor at the Johns Hopkins Bloomberg School of Public Health, said it is “misleading to quote the survival rates for a number of reasons.”

“First, what is survival rate? Is it the rate of death among individuals who have known COVID-19 diagnosis? If that is the case, which is also referred to as case fatality, I don't know what the source is of these numbers,” Chatterjee told AFP via email on May 28, 2020.

Chatterjee added: “Now the actual case fatality rate is likely to be much lower as there are many more asymptomatic cases, but the estimates of case fatality rates I have seen is never as low as 0.1% as your survival rate of 99.9% will suggest.”

Theo Vos, a professor at the Institute for Health Metrics and Evaluation at the University of Washington, said the claim in the misleading posts “is obviously absurd.”

“A survival rate is measured with cases of disease in the denominator, not total population. If you would do this for e.g. cancer you would also get fantastic looking survival,” he told AFP via email on May 22, 2020 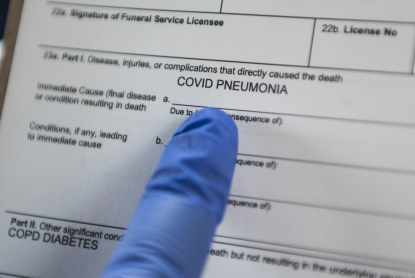 A medical worker points to a death certificate in the United States on April 17, 2020. (AFP / Andrew Caballero-reynolds)

While people of all ages can be infected with COVID-19, the World Health Organization (WHO) notes that the elderly and people with pre-existing conditions, such as asthma, diabetes and heart disease, appear to be more susceptible to the virus.

This vulnerability, experts say, leads to survival rates to differ between demographics.

“We know that survival has a strong relationship with age and sex,” Vos said.

“In young children survival rate is in the order of 99.999% ...but this drops to closer to 96-97% in the elderly, a bit lower still in elderly males; and yet again lower in the presence of comorbidities like diabetes.”

As of May 2020, the fatality rate of COVID-19 also remains unclear, experts say. “Between countries, case Fatality rates vary significantly, and over time, which suggests considerable uncertainty over the exact case fatality rates,” the Centre for Evidence-Based Medicine (CEBM) at the University of Oxford notes here.

The variability, CEBM says, is largely due to varying testing capacities worldwide and differences in how COVID-19 related deaths are recorded, among other contributing factors.

“I think to estimate the true case fatality rate, one needs to have a good sense of [the] number of infected people first,” Chatterjee added.

“While a number of studies have indicated that the number of asymptomatic individuals is very large, and as a consequence the case fatality rate is likely to be lower than it seems, there is still a lot of uncertainty in these estimates.”