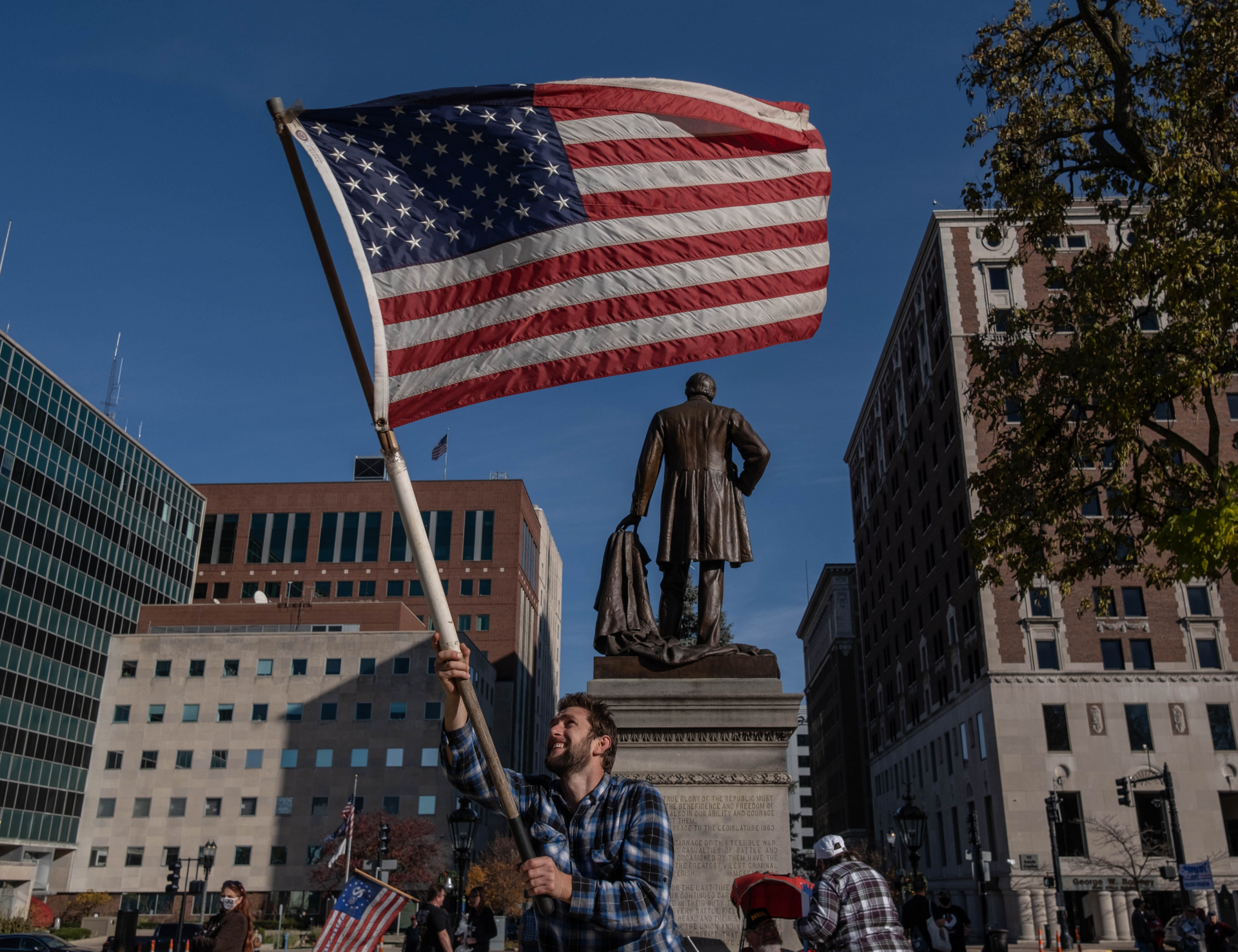 Articles shared thousands of times on social media claim that a glitch in the Michigan presidential vote tally, which temporarily misattributed Donald Trump votes to president-elect Joe Biden, poses a systemic risk to dozens of counties in the battleground state. This is misleading; the Michigan secretary of state’s office published a notice explaining that the Antrim county reporting mistake resulted from a user error, not a software error, and did not affect the election results or other counties or states.

The articles echo the claims of Michigan GOP chair Laura Cox, who told booing crowds on November 6, 2020 that since the error, “we have discovered that 47 counties use the same software in the same capacity,” suggesting that the issue was rampant and that the state’s results were not to be trusted.

Examples of articles that propagate the misleading claim are here, here and here. 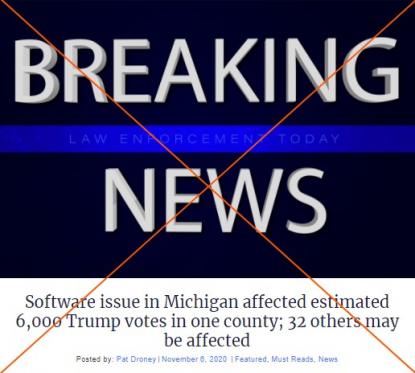 Screenshot of a misleading headline, taken on November 7, 2020

AFP calculated the reach of these three articles, which were shared an aggregate 15,000 times on Facebook and to more than 670,000 followers on Twitter, using Facebook’s social media measurement tool Crowdtangle.

Social media posts with the claim are available here, here and here.

Trump has repeatedly accused Democrats of cheating in the November 3 election without providing evidence of illegal activity, and falsely claimed that he, not Biden, had won the election after it had already been called.

Michigan went blue in 2020, adding its 16 electoral votes to Biden’s total, but Trump overwhelmingly won Antrim county, receiving nearly twice as many votes as Biden once the glitch was fixed.

Michigan Secretary of State Jocelyn Benson’s office released a statement on November 7 explaining what went wrong in Antrim, and how it was corrected.

The software program, Election Source, worked properly and correctly counted votes, but the county missed an operation step, the statement said. This resulted in a miscommunication between the software and the county’s central election management system that was quickly corrected.

“This was an isolated error, there is no evidence this user error occurred elsewhere in the state, and if it did it would be caught during county canvasses, which are conducted by bipartisan boards of county canvassers.”

Antrim County Clerk Sheryl Guy is quoted on the county’s Facebook page: “We continue to work hard to ensure the integrity of the election results.”

The post adds that both the county and Election Source “have taken steps to adjust policies and procedures to ensure that a similar situation does not happen in the future.”

Human error in Michigan caused another election fraud scare earlier in the week when reports spread that the number of votes for Biden suspiciously jumped by more than 130,000. Again, the error -- an extra inputted zero -- was quickly fixed and there was no evidence of widespread fraud.

AFP has debunked more inaccurate claims about the 2020 election here, here and here.